By FutureReversed (self meida writer) | 1 months

The Maasai emerged in the lower Nile Valley north of Lake Turkana (northwestern Kenya), according to the tribe's own oral history. They started migrating south in the 15th century, and in the 17th and 18th centuries, they arrived in the long trunk of land that runs through central Tanzania and northern Kenya. The Maasai claimed much of the Great Rift Valley and adjacent lands between Dodoma and Mount Marsabit in the nineteenth century, when they were at their most powerful. 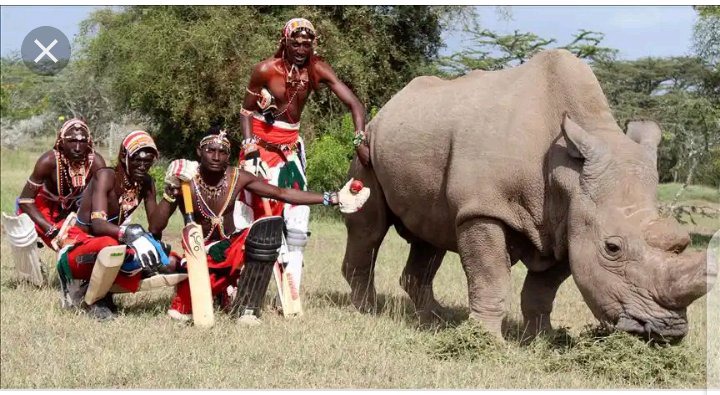 They eventually lost their habitation to the Europeans due to severe depletion and multiple diseases that lingered for years, killing some of their people as well as their cattle.

The East African Massai tribe in Kenya has a unique culture and customs that are sometimes contentious, and their tribe boasts one of the greatest warriors of all time.

Here are some fascinating things about their tribe that you might not be aware of.

1) They live in harmony with the surrounding natural world. 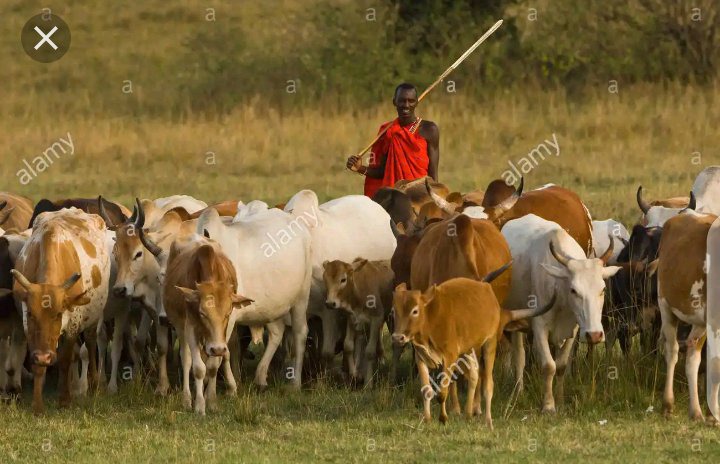 They are always on the lookout for large tracts of fertile land to settle on for a while so that their cattle and sheep can graze. 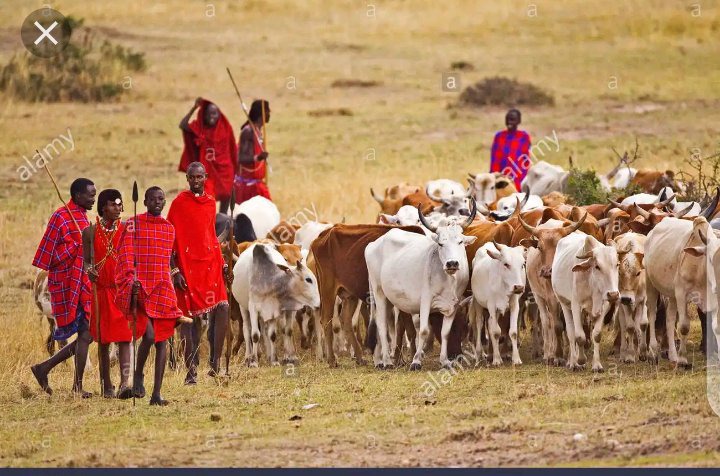 2) They are one of the world's tallest individuals.

Maasai people are consistently tall, ranking among the world's tallest people. Because of the calcium-rich diet they consume, they are among the tallest people on the African continent, with long arms and legs.

3) They have an undying affection for cows.

The Maasai are cattle-ranchers, and their lives revolve around their cows. They don't joke around about their cows; cows are the most important thing in their lives, as well as the most advantageous ownership. Owning a large herd of cows as a Maasai brave warrior is a significant accomplishment that indicates wealth.

4) Men have the choice of having as many wives as they choose. 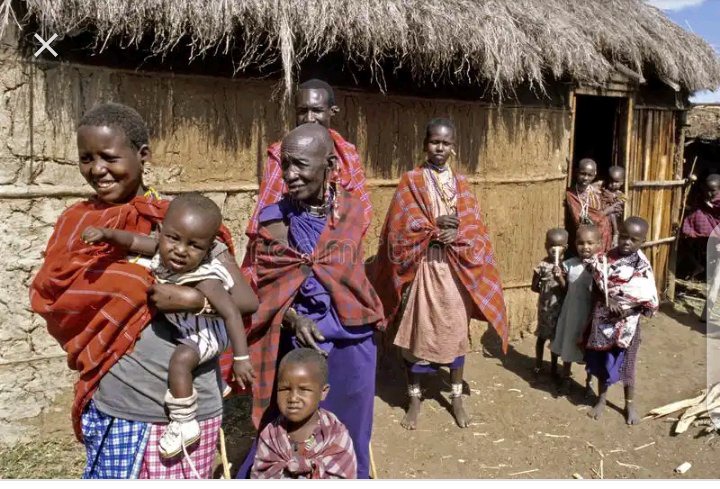 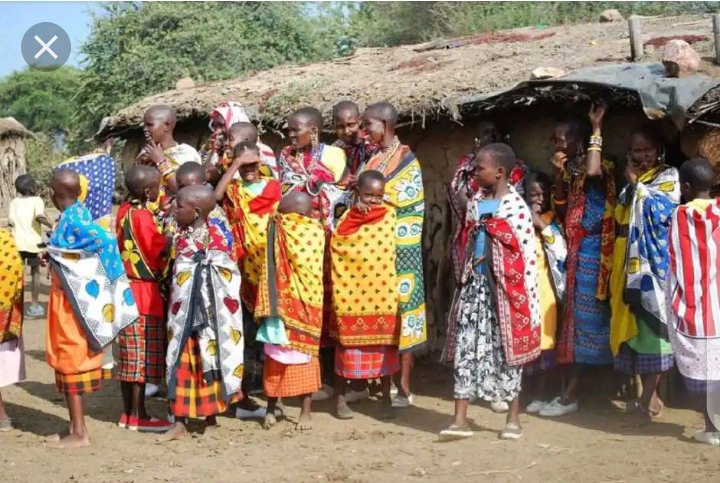 The number of cattle and children owned by each Maasai man is a measure of his wealth, and their men are free to marry as many women as they want in order to have more children. Before marriage, a Massai bride must pay a price of cows, and each wife must also construct a home for herself and her children. The first wife is superior to all others, and she constructs her home in near proximity to her husband.

5) They Take Blood and Raw Meat.

The Maasai eat only raw milk and raw beef, and on special occasions, they drink raw cow blood. During special rites or when they aren't feeling good, they drink it raw and unadulterated or diluted with honey. 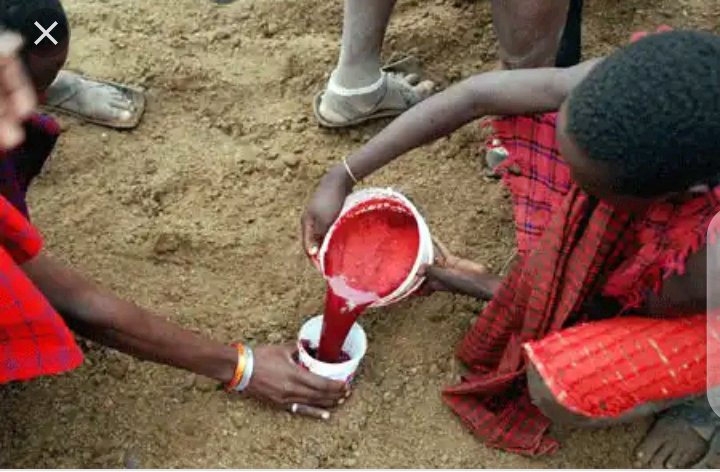 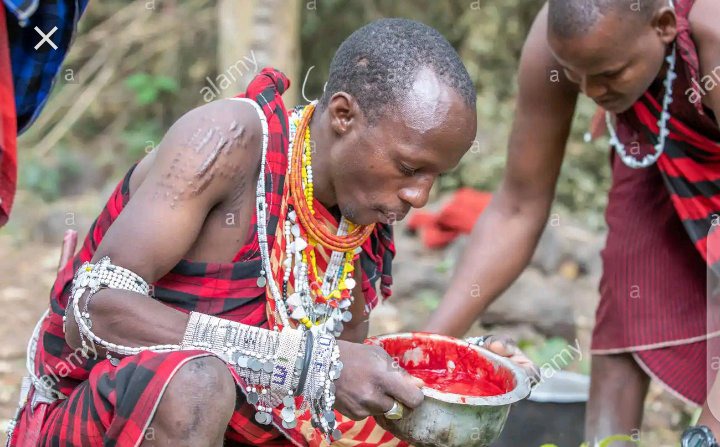 You see that they don't make jokes about cows now, don't you? Almost all of what they eat comes from cows, and they consume it untreated.

6) Human urine and cow feces are used to build their homes. 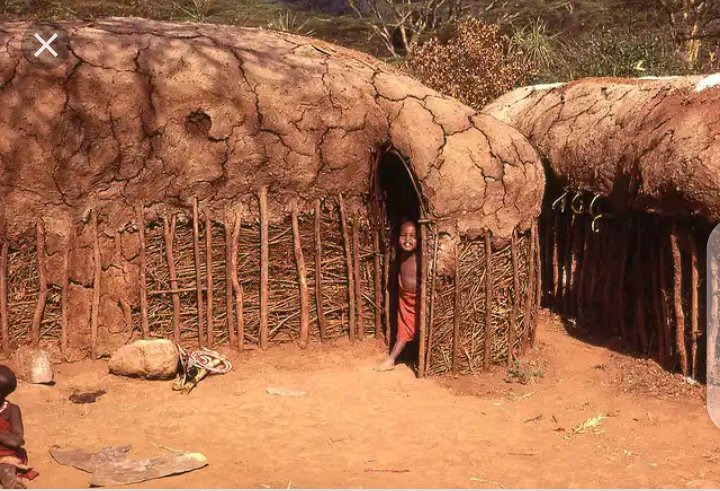 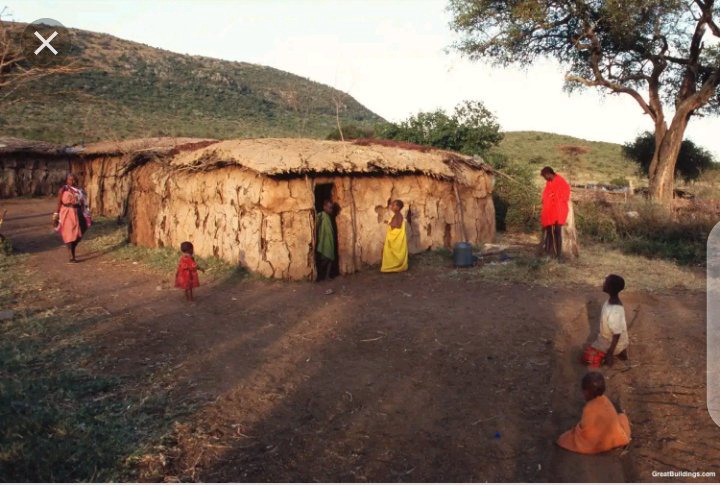 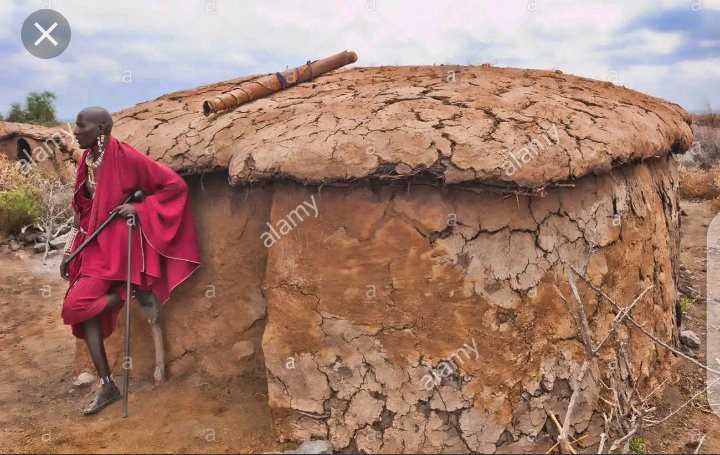 Since the Maasai wander about, their huts are not necessarily permanent; they can stay in one location for months or years, depending on how fertile the land is and how much food and water they will find there. Their women build the huts out of mud, straw, ash, cow poo, human feces, and sticks; the cow poo is often used to construct the roof in order to keep water out.

7) LIONS ARE HUNTED BY THEM.

Lion hunting is taken very seriously by the Maasai. Lions are never hunted for sport, and it is not unusual for hunters to be wounded or killed as a result of this highly risky activity. 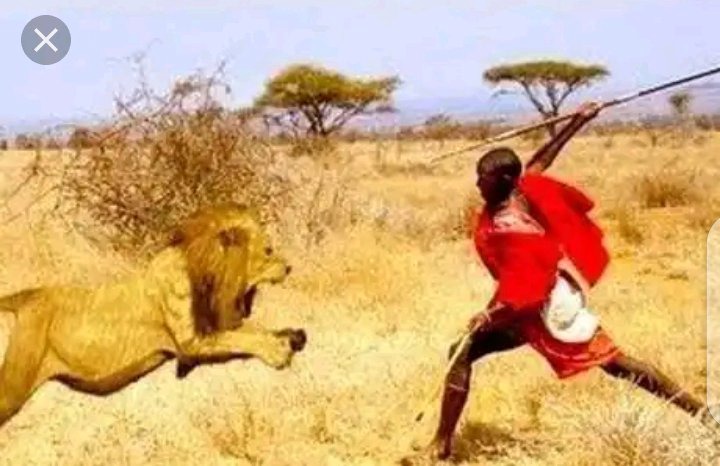 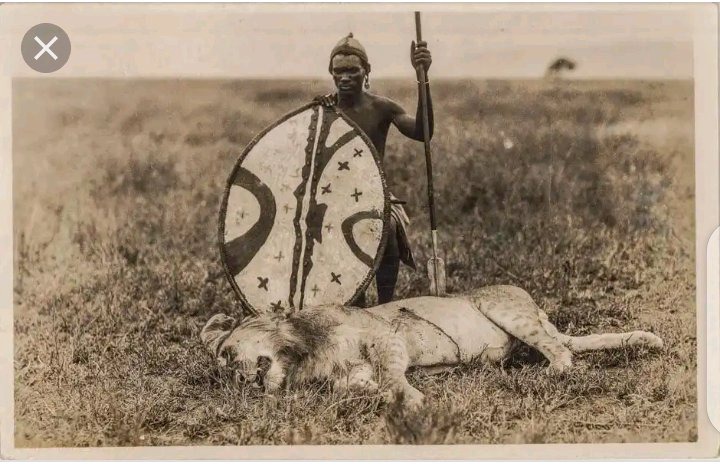 Going on a solitary search for a male lion (they don't hunt females) is seen as a sign of immense bravery and power by the tribe. However, disease has caused the lion population to decline in recent years. The Maasai also implemented a new law that allows them to prey only in packs, enabling the lion population to recover.

The ritual has a long history in the tribe, and it encourages warriors to be courageous. While these hunts can seem to be very distinct from Western customs, they are extremely important to the Maasai people.

These people have been living in this manner for decades, and watching them up close will make the rest of the world feel a million miles away.

8 Polygamy is prevalent in the Maasai tribe.

When a woman marries in Maasai society, she is marrying her husband's entire age group. These weddings are often organized by the tribe's elders. Men have traditionally been asked to give up their bed for a visiting male visitor (or were, though this is becoming less common). If the housewife so desires, she will sleep in the same bed as the visiting visitor. 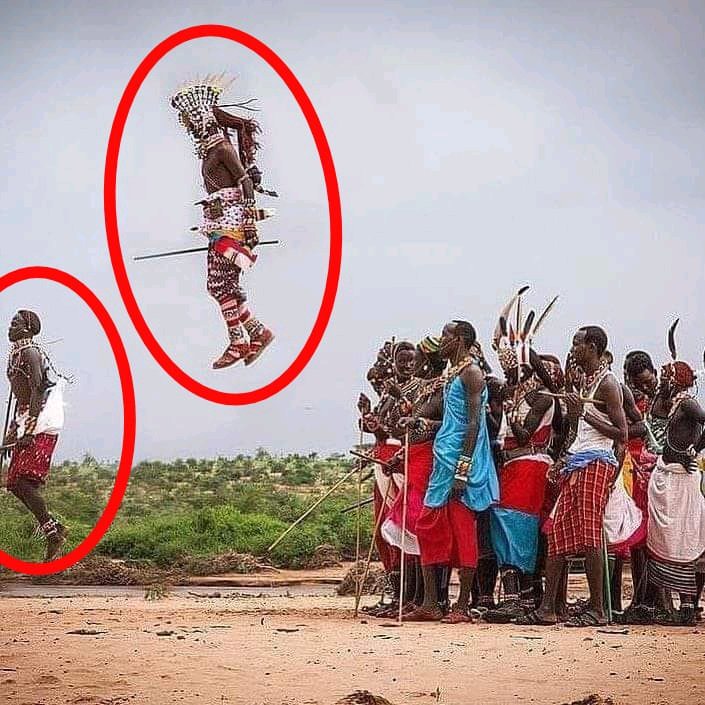 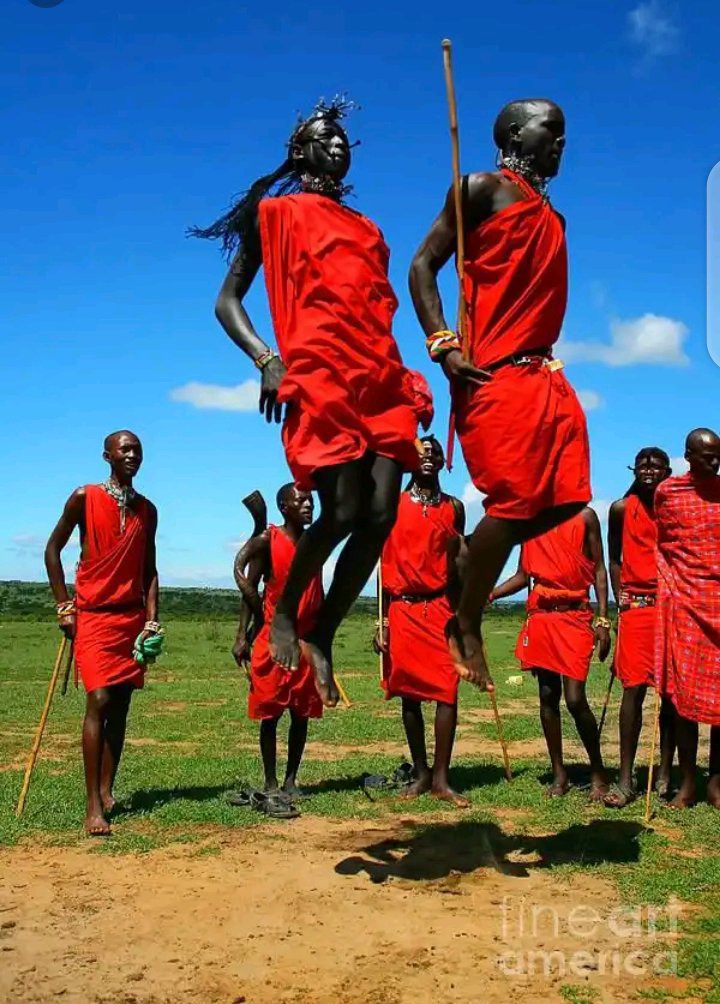 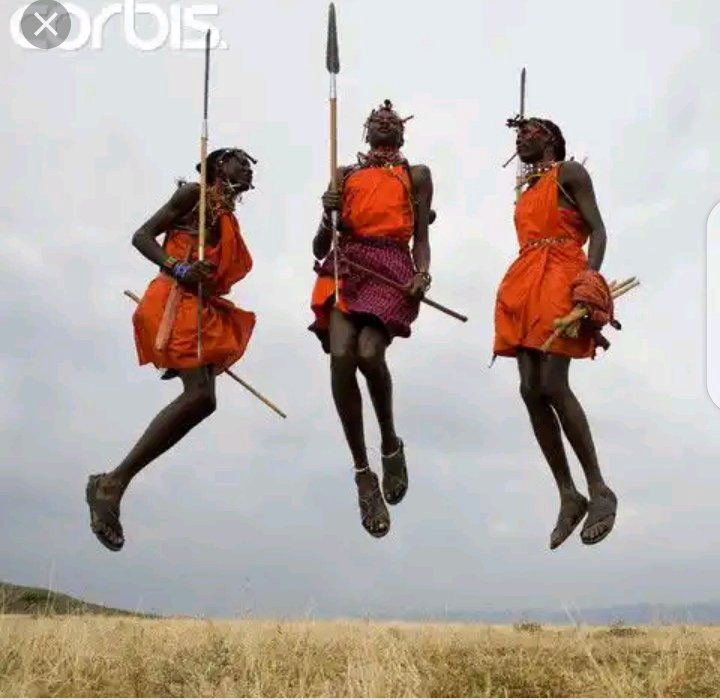 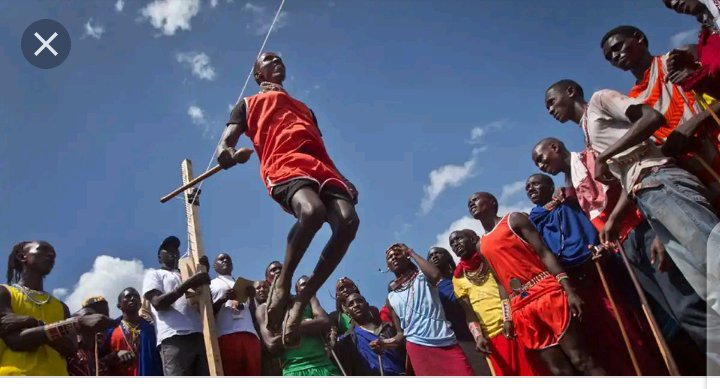 When you see them leap that high, you would think it's a charm or photoshop, but it's genuine, and they use it to recognize a brave warrior as well as attract new brides.

Find out what I saw at my friends house

Man Wanted For Painting His Dog To a Tiger, See Reactions

After He Refused To Cut His Hair Since He Was Born, See What This 95 Year Old Man's Hair Looks Like

At First I Thought They Were Photos, Oh My God You Will Not Believe That These Are Drawings