The Snake That Kills The Most Humans Every Year In Africa 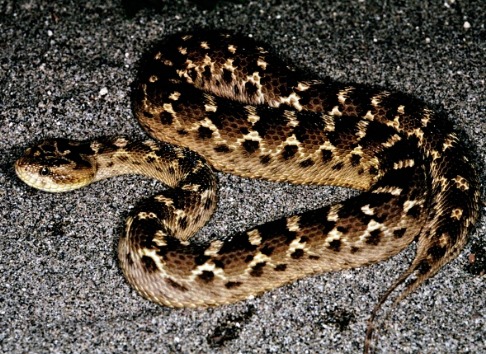 Most snakes are harmless to humans,and are unlikely to attack us unless provoked,but the saw-scaled viper proved to be an exception

•Saw-scaled viper(Echis carinatus)is the deadliest of all snakes.There are more human deaths that occurred due to the saw-scaled viper's venom than of every other snake species combined

•It is aggressive in nature,and bites often.It can take approximately 30 minutes to die from the snake bite

•Echis carinatus are found in Africa,India,Pakistan and Middle East.They're characterized by their small structured body,short thin tail and a pear-shaped head

•Other snakes known to be dangerous such as the black mamba may have to bite as many as 10 times in a single attack,because humans are larger than it's usual prey so it'll take approximately 20 minutes to die after multiple bites

•Although Inland Taipan produce the most toxic venom,The saw-scaled viper remains the fastest killing amongst all.

•Up to 60,000 people are victims of the saw-scaled viper's bite each year

•People who survive the bite may lose their tose,or entire limbs because of the damage tissue around the bite

•Scientists believe there's no other snake that is as deadliest as the saw-scaled viper.It is concluded that it could be because of the aggressiveness,and the need to often bite.Many people in dry regions of Africa have been unfortunate to be victims of this particular deadly snake.