A man caught 4 Black Mambas in Durban within a day. See here

By Trending_News (self media writer) | 8 months ago 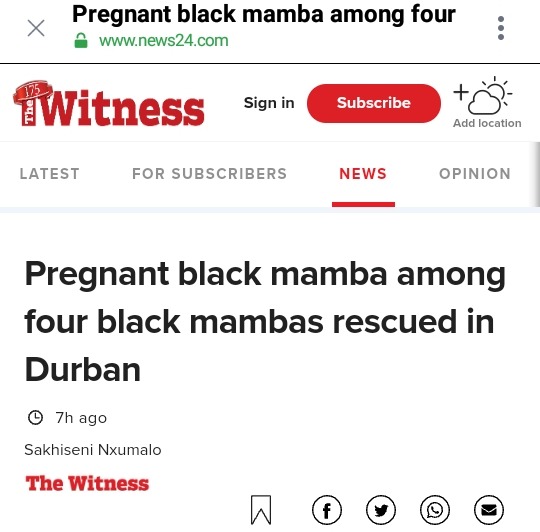 It is summer now and obviously we will start to see snakes everywhere because it is hot. Durban is one of the places in south africa where most black mambas are seen than any other place. People around durban always encounter situations with snakes entering their house and black mamba is one of them. Luckly they have a snake catchers around that can come & take the snake to the wild without harming it. 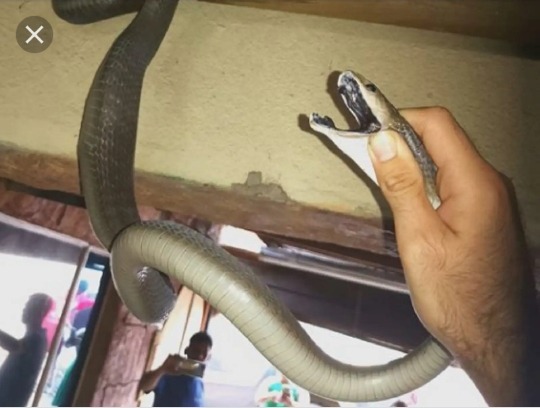 Durban’s snake rescuer Nick Evans described Sunday as a crazy day after he caught four black mambas including a pregnant mamba.Evans said catching four mambas in one day was the most he had ever caught in a day.According to Evans, he caught the first early in the morning, on a road off Varsity Drive, Reservoir Hills.He said the black mamba was seen on the side of the road trying to get into a hole in a recently dug up, and re filled trench. 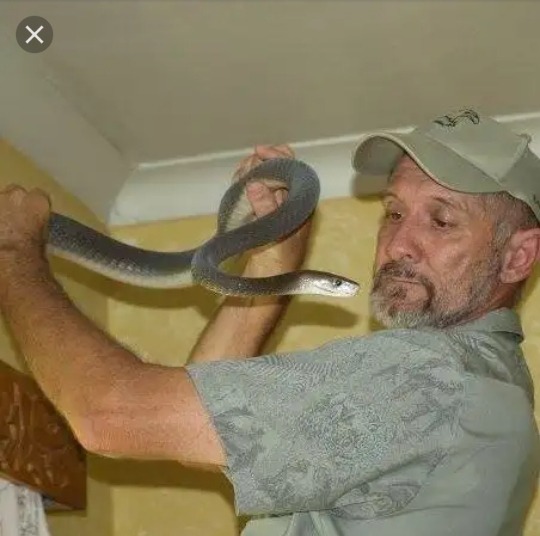 He said he raced over and on his way, he picked up his friend Nick Saunders, who lives up the road from him.An officer from Blue Security stayed on scene keeping an eye on the snake for us. Fortunately the snake hadn’t really moved during our rush there. It was really struggling to get down the hole, although most of the body was down now. I grabbed the tail and Nick started digging away sand, he said. 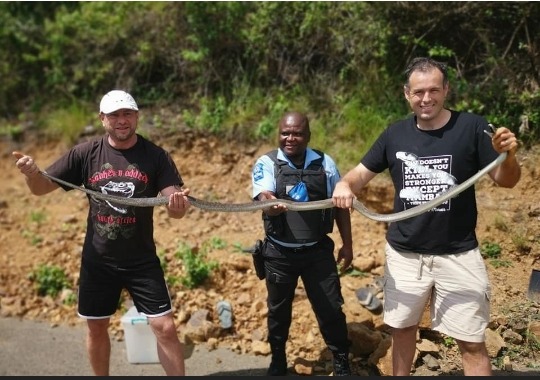 He said they switched roles, Saunders held the tail, and he started shifting rocks and sand away.The more we uncovered, we discovered she was heavily gravid . She was probably going in there to lay. After more and more digging, she eventually started reversing. Nick held onto the tail, and as the head appeared, I pinned her down, he said. Evans said the snake was about 2.3m long and she’ll be released after she lays her eggs. 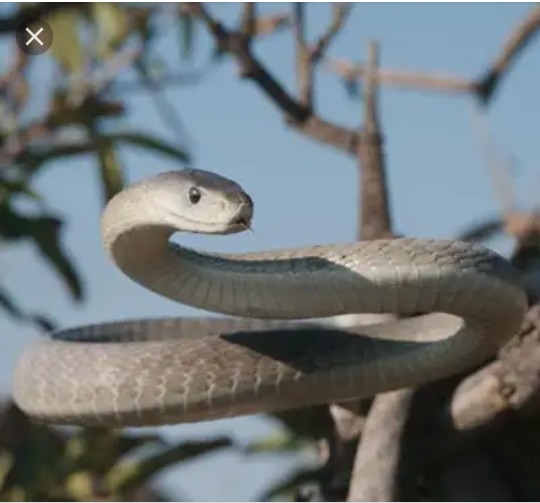 peopleare advicesd to be vigilant when walking around especially this season because that's where snakes will be roaming around. Make sure to close your house doors before leaving the house as these can also invite unwanted guests inside your house like snakes & other things. If you come across a big snake you must remain calm and deal with the situation assoon as possible & never provoke it.