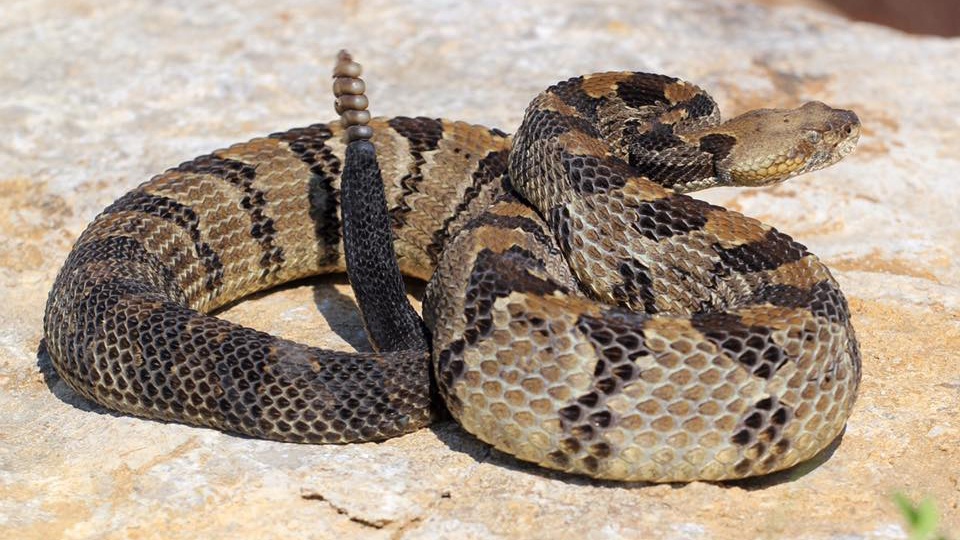 Ranging from eastern North America to as far west as Texas, Oklahoma, and Kansas, the timber rattlesnake is the only rattler species in the populous northeastern United States and is considered endangered or threatened throughout much of that region. Found mostly in woodlands, timber rattlers prey on rodents, birds, insects, and amphibians and are known to hunt during daytime in spring and autumn, then switching to nocturnal hunts in warm weather. The snake’s highly toxic, and relatively complex, venom, long fangs, and high venom yield make it potentially one of America’s most lethal serpents. However, timber rattlers are generally considered shy and nervous and are quick to seek shelter when encountered afield. The species tends to rattle and feint extensively before striking, though it will stand its ground if harassed. 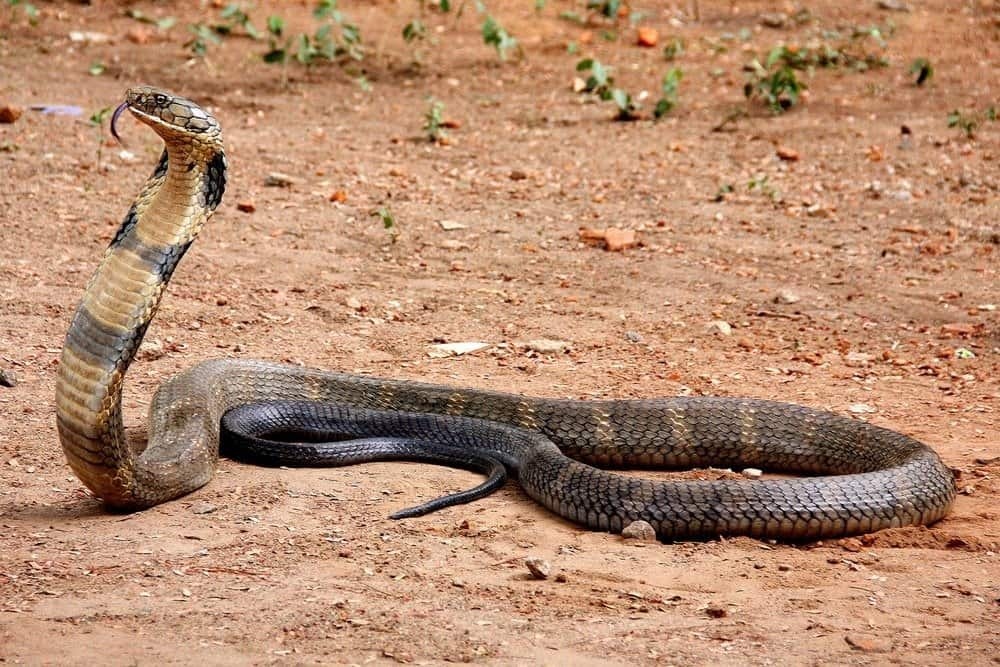 When people think of deadly snakes, the king cobra is often the one that slithers to mind. It is not only deadly, but also is the longest of the venomous snakes. It can grow up to 18-feet-long, though that’s the extreme. If you happen across one, it’s not likely to be more than 12 feet, or so. Isn’t that reassuring?

These giants eat mostly other snakes, which is a redeeming feature for humans. Though generally not aggressive, they can be mean during the mating season. And you definitely don’t want to sneak up on one. When threatened, they do the classic cobra stance, raising their bodies straight up, spreading their hoods and hissing. 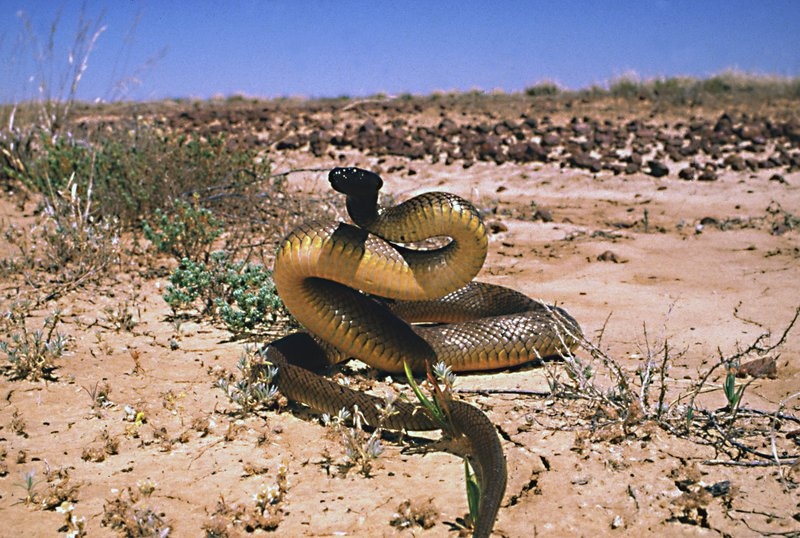 The inland taipan is one of the most venomous snakes, according to the International Journal of Neuropharmacology, meaning just a teensy bit of its venom can kill prey (or human victims). They live tucked away in the clay crevices of Queensland and South Australia's floodplains, often within the pre-dug burrows of other animals. Living in more remote locations than the coastal taipan, the inland taipan rarely comes into contact with humans, the Australian Museum reported. When the taipan does feel threatened, the snake coils its body into a tight S-shape before darting out in one quick bite or multiple bites. A main ingredient of this venom, which sets it apart from other species, is the hyaluronidase enzyme. According to a 2020 issue of Toxins journal (Novel Strategies for the Diagnosis and Treatment of Snakebites), this enzyme increases the absorption rate of the toxins throughout the victim's body.

Inland Taipans are associated with the deep cracking-clays and cracking-loams of the floodplains, however they also venture onto nearby gibber plains, dunes and rocky outcrops if cover is available. The vegetation in these areas is usually sparse, consisting of chenopod shrubs, lignum and the occasional eucalypt near the water channels. 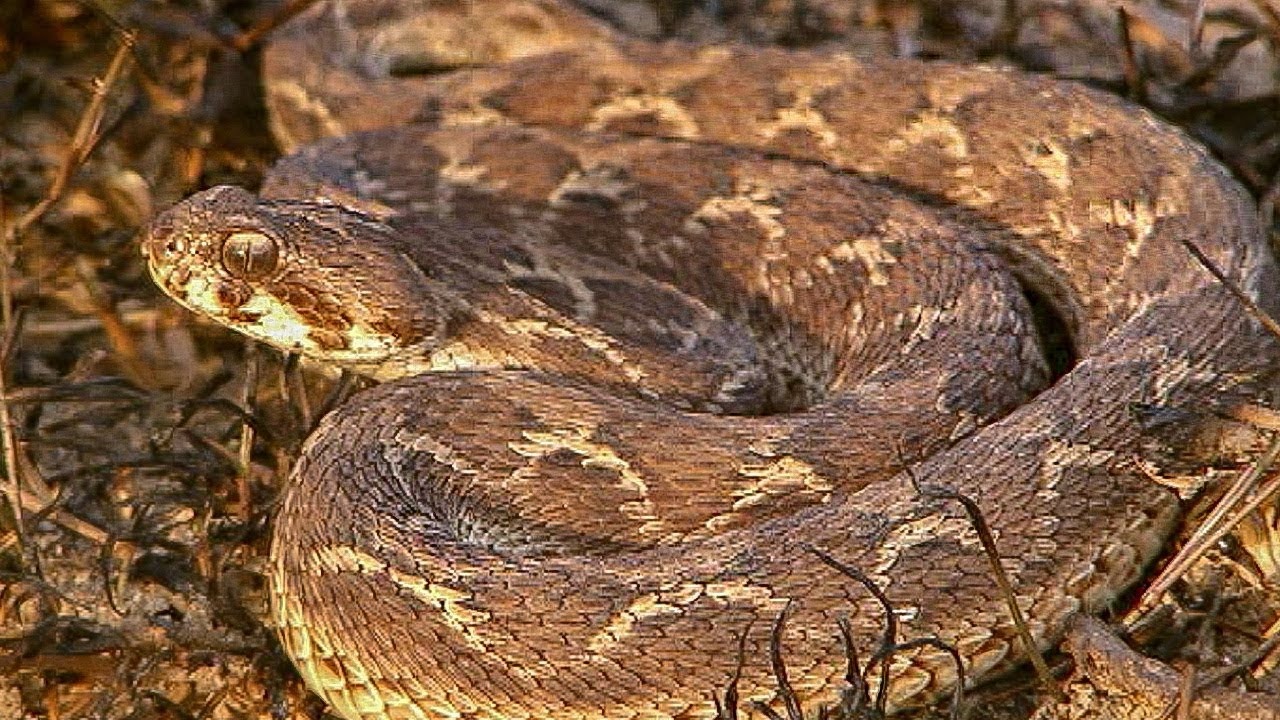 Although its venom is not very potent, the Saw-Scaled Viper is considered as one of the world’s deadliest snakes as it is believed to be responsible for more human fatalities than all other snakes put together. These snakes have a stout body with a pear-shaped head which is distinct from the neck. Adult Saw-Scaled Vipers range in length from 0.3 to 0.9 metres and they come in shades of brown, grey, or orange with darker dorsal blotches and lateral spots.

Unlike most snakes, the Saw-Scaled Viper moves sideways (sidewinding locomotion). They are nocturnal and feed on mammals, birds, other snakes, lizards, amphibians, scorpions and centipedes. They can be found in arid regions and dry savannahs north of the Equator across Africa, India, Sri Lanka, Pakistan, and the Middle East.

Saw-Scaled Vipers are considered to be one of deadliest snakes of the world because they are often found in populated areas and a lack of readily accessible antivenom in rural areas adds to their lethality. So clearly, the potency of the venom has no bearing on the list of world’s deadliest snakes. Native to Eastern and Central Australia and Southern New Guinea, the solitary and fast-moving eastern brown snake is found in most habitats apart from dense forests. They measure up to 2 meters long with a slender build, and no demarcation between the head and neck. Although it’s called the eastern brown snake, it’s found in a range of colours – from pale brown to black – and has a creamy yellow underside.

It’s considered the world’s second-most venomous land snake and is responsible for about 60% of snakebite deaths in Australia. In a full display, the snakes’ head rises high off the ground, coiling to an ‘S’ shape to attack, often resulting in lethal bites to the victim’s upper thigh. The venoms’ main effects impact the circulatory system, resulting in hemorrhaging, cardiovascular collapse, and cardiac arrest.