Top 10 Smelliest Animals In The World 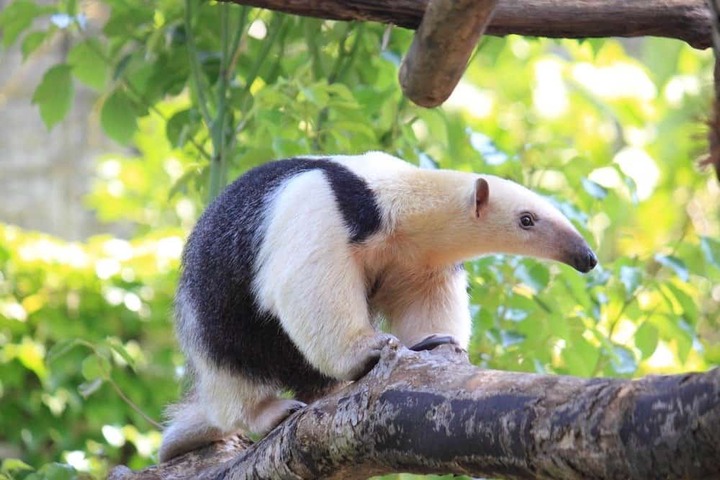 The sea hare is the tenth smelliest animal in the world. It’s Neptune’s skunk that unleashes toxic purple emissions with the power to paralyze nose nerves. But the gas isn’t the soft-shell mollusk’s only line of defense. They also pulse with poison, which, if not properly prepared, can cause severe harm to humans when ingested.

How did sea hares get their name? Two rods on the mollusk’s head resemble hare ears. The similitude is uncanny, and ancient Romans even called them lepus marinus — Latin for “ocean rabbit.”

Big bull elephants — aka African elephants — aren’t stink bombs year-round. However, for a few weeks around mating season, the animal’s testosterone levels spike 60 percent, and the accompanying smell could clear a city neighborhood. Not only do their pores excrete unpleasant hormones, but 80 gallons of concentrated urine seep through their skin daily!

Number six out of the stinkiest animals in the world proves that one person’s oyster delicacy is another person’s death rock. The same goes for musk: some people think it’s splendid, and others find it stomach-turning. Where you fall on the scale will determine your feelings about early-summer male musk oxen who feverishly secrete the stuff to attract partners.

These shaggy bovines live in northern locales, like Greenland, Alaska, and Scandinavia — and their unfortunate nickname is “ugly moose.”

If you ever find yourself in Australia near a stressed-out Tasmanian devil, look for the nearest mask! The carnivorous marsupials pass a gnarly gas to detract predators. But don’t worry; few people ever get up close and personal with the nocturnal, screeching animals because they are fiercely solitary and avoid humans at all costs.

Angering a bombardier beetle may result in an evil insect fart of epic proportions, making this bug number four out of the ten stinkiest animals in the world. Their gaseous emissions are a mix of hydrogen peroxide, enzymes, and hydroquinone — and it smells worse than a porta-potty at Burning Man.

According to legend, famed naturalist Charles Darwin once endured a bombardier beetle attack when he popped one in his mouth when trying to free his hands to write down an observation.

Skunks aren’t the stinkiest animals on the planet, but they are the poster children for effluvium. Everyone is familiar with the piquant liquid fired by the black-and-white mammals. But skunks don’t go around spraying without cause. Instead, they only let loose when threatened.

That said: skunks are more skittish than an INFP wallflower, and getting hit is a genuine possibility. If you are attacked, tomato juice doesn’t kill the skunk scent. Your best bet is a mixture of baking soda, dish-washing soap, and hydrogen peroxide — and that may not even work.

Wolverines have fierce reputations, but they’re actually pretty shy. Notice we said shy, not weak or fearful. In fact, the lethal fighters can take down animals five times their size. In addition to their warrior skills, wolverines emit a pungent glandular stench to mark territory, placing them fourth among the stinkiest animals in the world. The smell is so bad that people call them “skunk bears.”

Stinkbirds, also known as hoatzins, have cow-like, two-chamber digestive systems. These birds’ meals ferment in their stomachs. The avians produce a manure-scented odor as a result of the bacterial fermentation process that helps them break down their food.

Indigenous South Americans who still practice hunting-and-gathering leave stinkbirds alone unless necessary. After all, who wants to dine on smelly food!

Odor protection FYI: Hoatzins are vegetarians that consume lots of roughage. In other words, stay clear of a stinkbird relieving itself.

It looks like a skunk, lives all over Africa, hunts at night, and releases a stink leagues worse than any other animal on Earth. They’re striped polecats, and they take top honors in our smelly animal countdown.