By MagneticNEWS (self media writer) | 1 year ago

He is very popular in the location and the man has been practicing his calling for over 30 years. His name is Fanyana Hlongwane from Hammanskraal bin Tshwane. The man revealed his secret where he gets his powers from.'' I get my powers from Mamlambo'', he said. 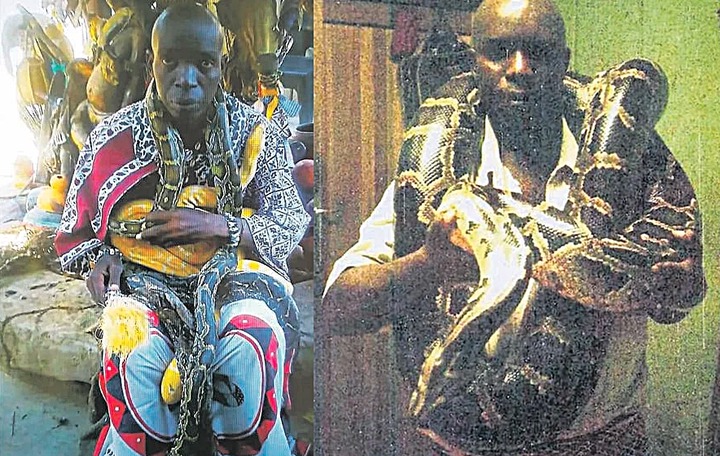 Hlongwane says that his Mamlambo is giving him powers to practice his calling as a Sangoma. '' After his initiation as a sangoma he felt that something was missing. But couldn't figure out what it was, Until he met a sangoma in KZN who told him that he has craving for a snake. He said that they spent weeks in the ocean cleansing until one morning the sangoma he visited brought him a snake.

The sangoma told him the snake was his and he needs to hold it to welcome it. As he went back home with his snake. He explains that he does not use his snake to harm people. But he uses the snake to heal the sick from the powers he gets from his snake.