A koala’s claw print mimics a human fingerprint. In fact, in Australia, where koalas live, the police fear that a koala may contaminate a crime scene, so a criminal goes free. They have claws on their front and back feet. The claws on their back feet are unique because the second and third digits are fused, and they use them for grooming themselves. That is if they are awake because koalas sleep up to 20 hours per day. 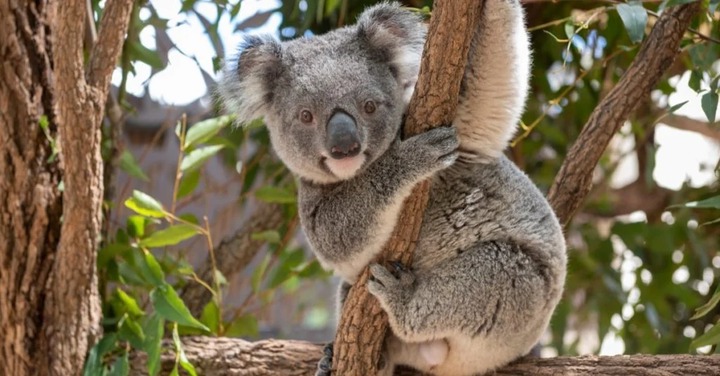 17. Some Sharks Glow in the Dark

There are at least 15 species of deep-sea sharks that produce light with special cells on their underbellies. These sharks live as deep in the ocean as sunlight ever reaches. Marine biologists theorize that the sharks use the eerie green light to hide from other marine animals swimming underneath them. The kitefin, which grows up to 6-feet long, is the longest light-producing animal, called a bioluminescent vertebrate, in the world. Scientists, however, know that some species of giant squid also produce their own light. 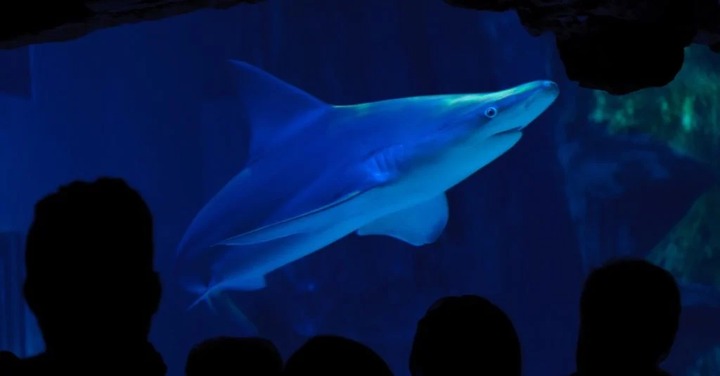 16. Slow Lorises are the Only Venomous Primate

There are more than 200,000 venomous animals in the world. The only one, however, that is a member of the primate family is the slow loris. Only five mammal species in the world are venomous, but the slow loris is unique because it often bites other slow lorises. In order to produce its venom, this primate raises its arms before licking the underpart of its upper arm. The venom, containing the same compound as found in cat’s dander and other substances, causes the skin to rot. Scientists believe that the most common reason that slow lorises use their venom is to protect their territory. 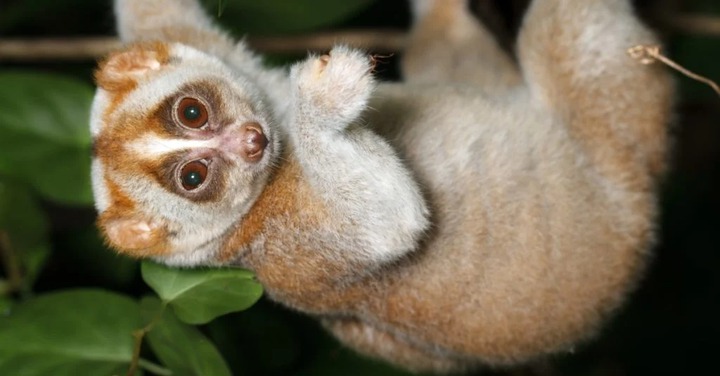 15. Chimpanzees Love to Get Drunk

In Guinea, West Africa, people tap raffia palms and collect the sap, which has an alcohol content between 3.1% and 6.9% by volume. While locals love to drink the sap, so do chimpanzees. They will use a leaf as a cup to drink the fermented sap. It turns out the chimpanzees in Guinea are not the only ones who love to take a drink. Slow lories love to drink alcohol from the Bertam palm, which is about 3.8% alcohol by volume. Meanwhile, green vervet monkeys love to steal tourists’ cocktails in St. Kitts. 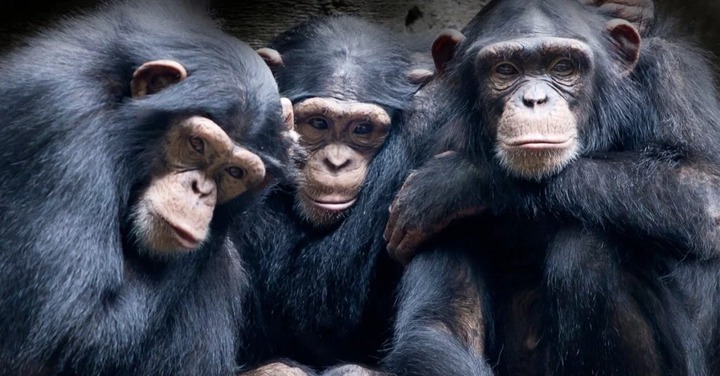 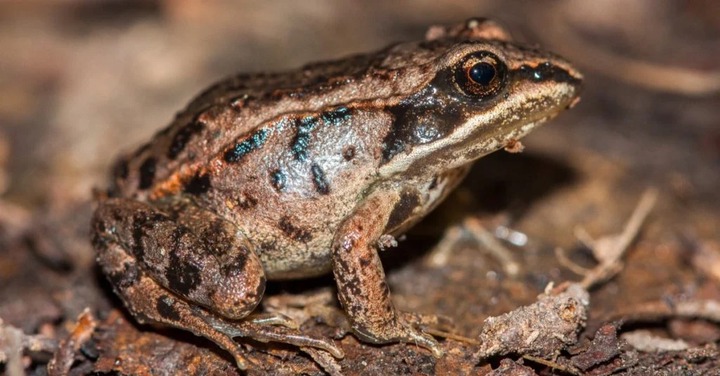 13. Some Turtles Get Oxygen Through Their Butts 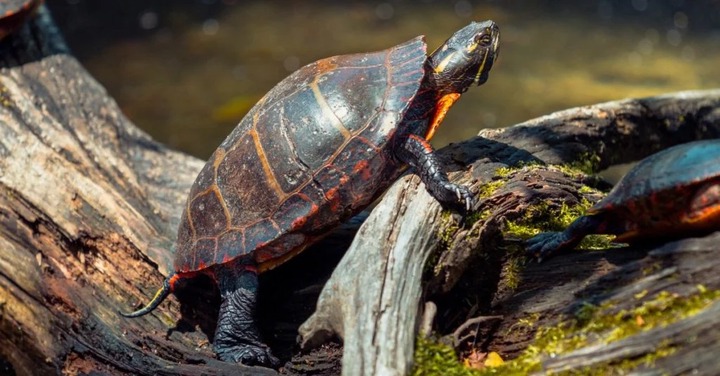 Mole rats live in colonies with one queen who is lighter in color than all the other mole rats who serve as her servants. In order to make sure that she is the only mole rat to give birth, she secrets a substance in her urine that makes all other female mole rats infertile. When the queen dies, there are brutal fights often ending in death to decide who the new queen will be. About six months after the new queen is determined, she starts secreting the substance in her urine. 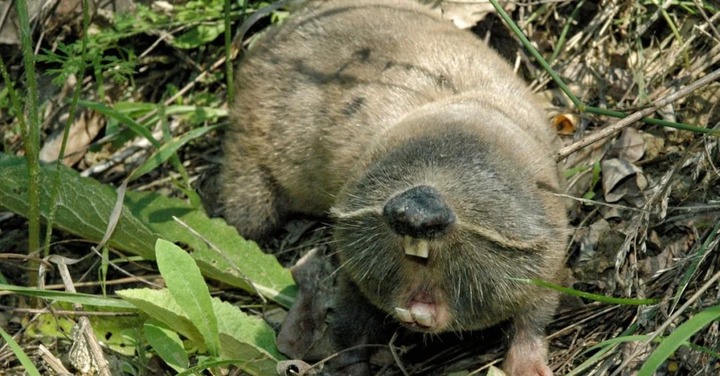 Horned toes have two constricting muscles that line the significant veins around their eyes. When a horned lizard feels threatened, these muscles contract, stopping blood from flowing back to the animal’s heart. Then, if the lizard still feels threatened, it contracts the muscles more, causing blood to squirt from the lizard’s eyes. 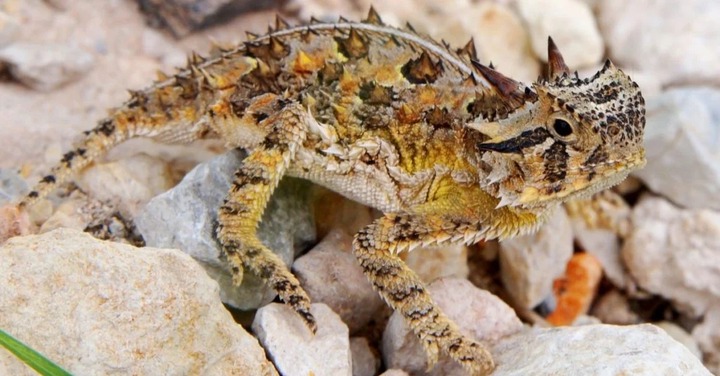 It is a well-known fact that elephants have specific sounds that they make to communicate with each other. Researchers in Kenya played a recording near resting elephants of people talking in the local language. The elephants repeatedly made a low rumbling sound, and either grew restless or moved away. Then, the researchers created a recording of the low rumbling sound and played it to a different group of resting elephants. They immediately grew restless and moved away from the area, even though no humans were nearby. The rumble sounds very similar to the call the African elephants make when bees are nearby to human ears. Still, with the bee rumble, the elephants violently shake their heads while no head shaking is observed with the human rumble. 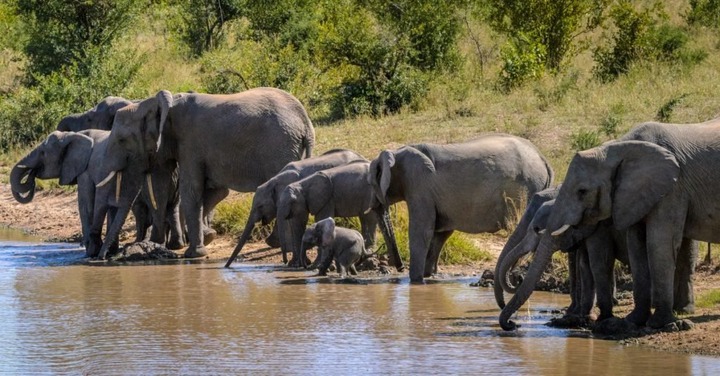 9. Dogs Smell the Passage of Time 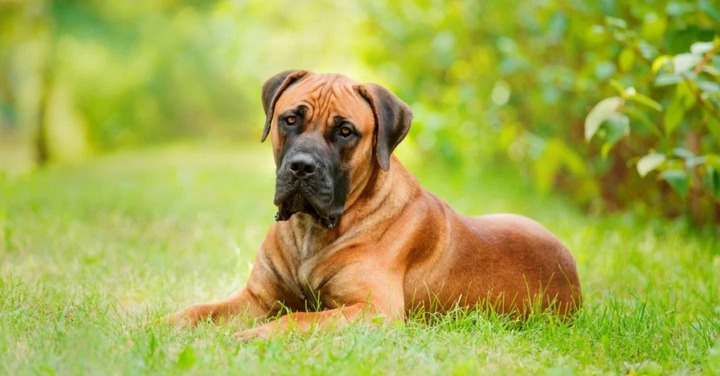 8. Reindeer Eyes Turn Colors Depending on the Season

A shiny, mirrored layer behind the retina in the reindeer’s eyes changes colors based on the season. When it’s summer, the layer, called the tapetum lucidum, is a golden color, but as winter arrives, it turns blue. It is the same part that causes many animal’s eyes to seem to glow. Scientists theorize that it turns blue in the winter to take advantage of any available light as they often live in areas where there is no sunlight in the winter. 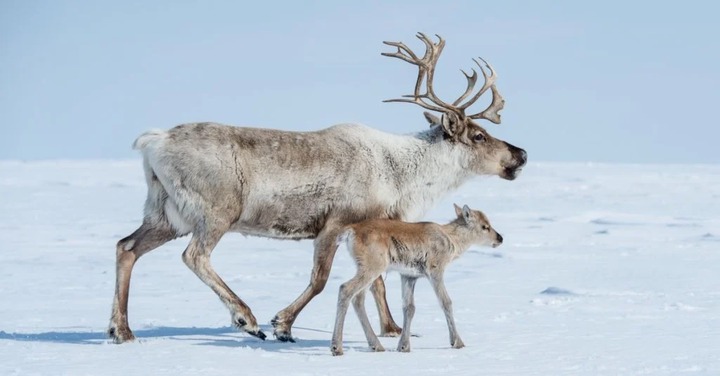 7. Dolphins Get High From Pufferfish

According to Smithsonian Magazine, dolphins play gently with pufferfish to get poked, causing the pufferfish to send out a toxic substance. In small enough amounts, this substance puts dolphins in a drug-induced trance. 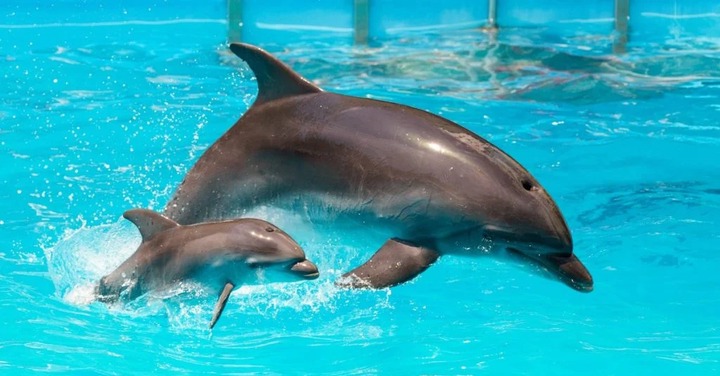 6. Flamingos Can Only Eat With Their Heads Upside Down

Flamingoes must turn their heads upside down to eat because their mouth acts like a large sieve. Therefore, they need to capture the food in comb-like extensions on its beak using its tongue. 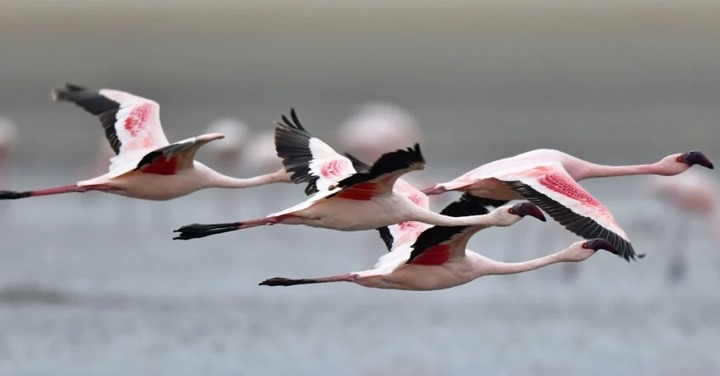 5. A Female Ferret Will Die if it Goes Into Heat and Cannot Find a Mate

A female ferret reaches sexual maturity during its first spring. If a ferret goes into heat and cannot find a mate, she will eventually die of aplastic anemia, where the body stops producing new blood cells. This can lead to a prolonged, painful death from infections. 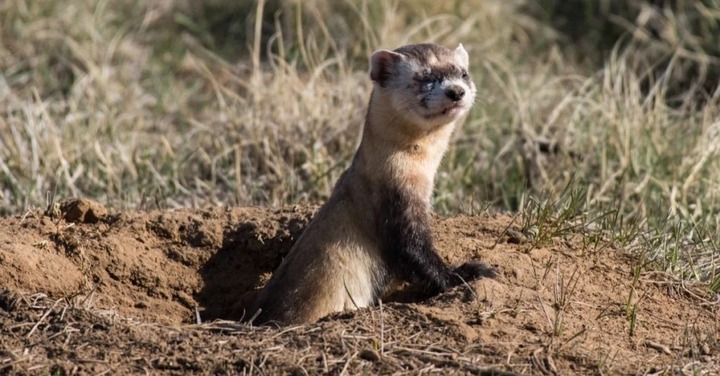 4. Penguins Do a Thousand Animal Wave

Weather conditions, like 200 miles per hour winds and –58-degree weather, make it hard for emperor penguins to survive Antarctic winters. Therefore, they huddle together in groups of up to 1,000 birds so that they can rely on each other’s body warmth to stay alive. When a single penguin moves as little as 0.8-inches, the whole group moves the same amount to keep the huddle together. This little bit of movement typically happens every 6-to-12 seconds. 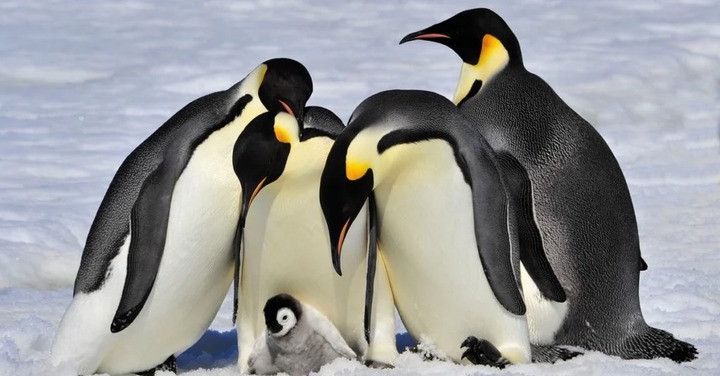 Researchers have discovered that worker fire ants take up to 250 power naps daily. Each nap lasts only about a minute. About 20% of a colony is asleep all the time. By comparison, queens slept about 90 times a day for an average of 6 minutes. 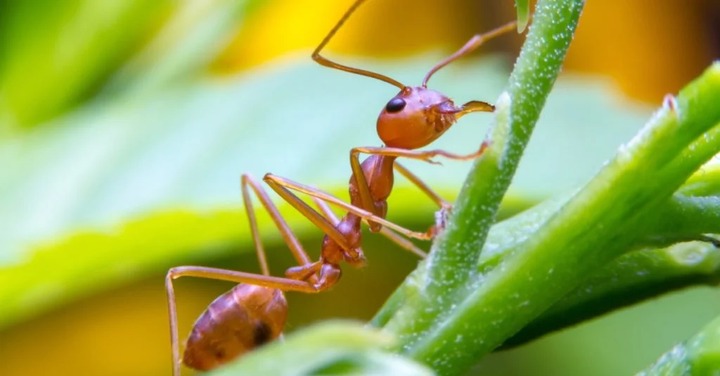 Polar bears have black skin to help them absorb as much heat as possible. Their fur is not white but consists of transparent, hollow tubes of keratin. These tubes scatter the light so that we perceive most polar bears to be white. Each tube helps pass light closer to the bear’s skin, where he can use it to stay warm. 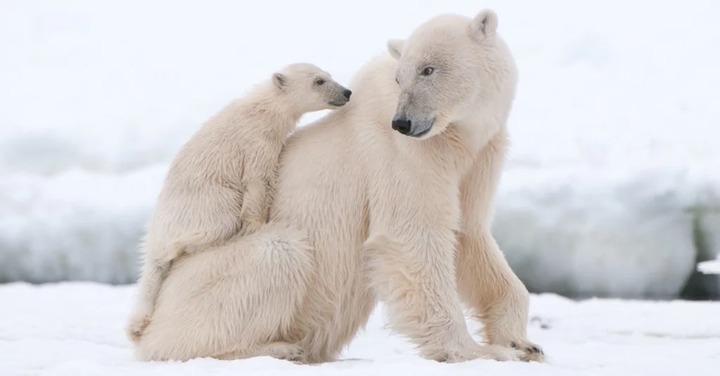 1. A Baby Kangaroo is the Size of a Grape

When a baby kangaroo, called a joey, is born, he is about the size of a grape. He travels unaided through his mom’s fur until he reaches her pouch, where he will stay for the next 10 months. He is so weak that he cannot suck, so the mother pumps the milk down his throat. 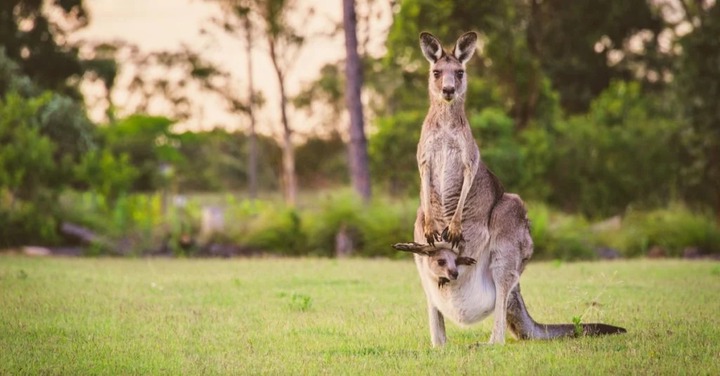