By Realish (self media writer) | 17 days ago 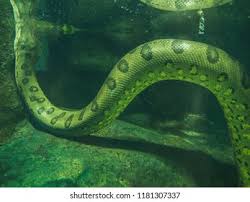 Snakes are among the most beautiful creatures on this planet, the constrictors are animals that are just in their own league. The green Anaconda is a gentle giant that is most abundant in the Amazon jungle. The Amazon is a stretch of mostly untouched forest which stretches between two continents. It goes from South America all the way through to North America. The Amazon is the home of this great Serpent. Some people believe that this snake species are the last living descendants of the Titanoboa. There are a few species of anaconda, but the biggest species of all is the green Anaconda. These snakes are constrictors meaning that they suffocate prey before they eat it.

Their main prey is mostly cappibarra and otters that it catches off guard in the river. This source of prey is abundant in the Amazon so it doesn't have to fuss about finding other prey. If it finds an opportunity to snatch another type of meal without spending too much energy it will go for it. These snakes don't like to waste energy on unsure hunts, their bodies are large and they need to always have energy in case enemies come alone. This great serpent's only competition for food is the cayman, there are thousands of cayman in the Amazon River. These two apex predators are sworn enemies because they prey on the same animals. They often meet out in the battlefield which is the Great Amazon River. Most of the time it ends with both parties going their separate ways, sometimes it ends with one of them dead. The cayman only bother the smaller male anacondas, the bigger female anacondas are way too big to bother. On the National Geographic Channel 181 on dstv, s multichoice. There are always shows about this great giant, it even features in nature documentaries like the one called, 'The Amazon, The Great Rain Forest'. This snake is so adaptive that it can even survive near rural areas close to jungle. It survives on pets and cattle, people get the fright of their lives when they wake up and see a giant snake slithering into the forest. The truth is that we fear these creatures for no reason at all, they are just trying to complete their life cycle. 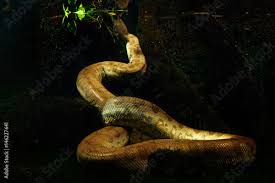 Muvhango: Rendani Under Hot Water Check Out What's Going To Happen To Her Read

Sundowns yet to collect the ball on their net.