By ProblemMasau (self media writer) | 1 month ago

Thirty- Nine year old Tafadzwa has been a game ranger almost half of his life. He describes wildlife conservation as more of a calling than an occupation. 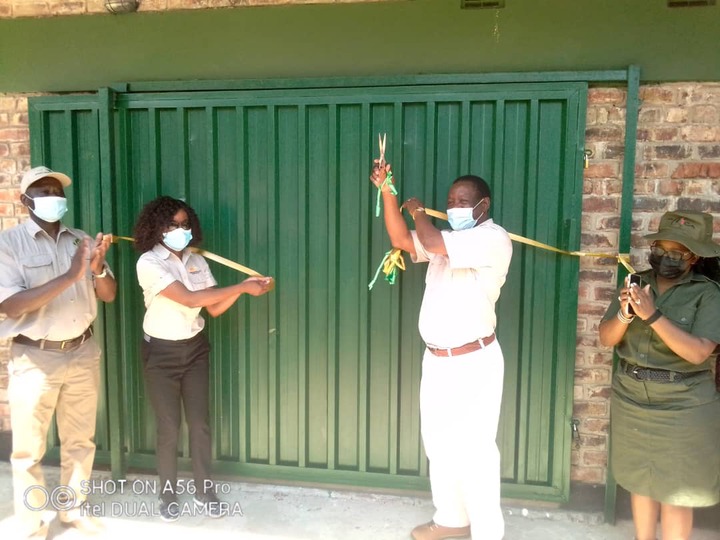 "All I wanted was to be a game ranger. This is my passion and I am ready to defend wildlife from poachers," he said.

Tafadzwa has transcended the rough Zambezi Valley frequently and he knows the terrain all very well.

However, over the the years, he felt alienated from his childhood favourite football team Chelsea FC as there was nowhere to watch the games even on off days.

"It's set to change thanks to AWF, we now have an entertainment centre to chill when we are on off days and after coming from a day's work," he said.

Efforts by Zimbabwe Parks and Wildlife Authority to fight wildlife poaching and trafficking got a major boost on Tuesday after Africa Wildlife Foundation (AWF) handed over a vehicle, boats and infrastructure that will be used in wildlife conservation.

The Zambezi Valley is characterized by thick bushes which camouflage teaming wildlife and chirping birds. Sadly, poachers took advantage of the thick bushes and the nearly inaccessible high terrain to poach wildlife.

The expanse mighty Zambezi River which separate Zimbabwe and Zambia is also used by the poachers as a getaway to traffic animals.

It is against this background that AWF saw it fit to shore up ZimParks' conservation through donating an office block, operations room, entertainment center, houses for rangers, vehicle maintenance workshop and an all terrain vehicle.

Speaking during the handover ceremony that was attended by officials and stakeholders from Zimbabwe and Zambia, AWF country director Olivia Mufute said the donation will go a long way in fighting wildlife crimes and conservation efforts. 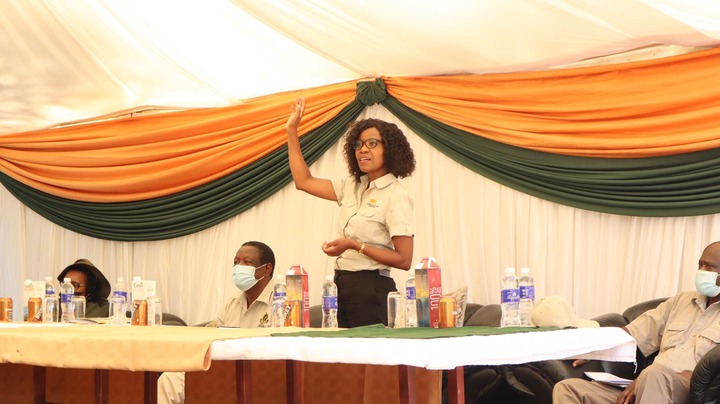 "Today we give our dedicated rangers and parks authorities the keys to a new office block, operations room, entertainment center, ranger accommodation, new vehicle workshop as well as a new vehicle in order to shore up conservation efforts and help ease operations and logistics.

"This equipment is not just nice to look at, it will richly enhance the antipoaching work in the Zambezi Valley and play a key role in securing Zimbabwe’s natural resources.

"The boats will ensure that poachers can no longer use the Zambezi River as trafficking highway, the vehicles and the vehicle workshop will ensure that rangers are able to be quickly dispatched to duty stations and conduct their security patrols, the office block, entertainment centre, ranger houses and the OIC’s house are all to ensure the comfort of ZIMPARKS personn 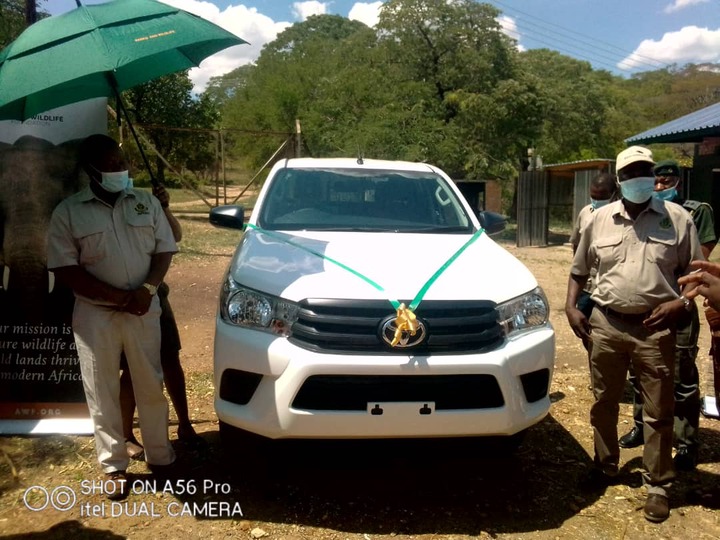 el as they discharge their duties.

"They risk their lives everyday to secure our wildlife, it is only fitting that they enjoy state of the art accommodation and amenities," she said.

ZimParks' director general Fulton Mangwana who was the guest of honour during the event described AWF as an all weather friend which is a great partner in wildlife preservation and conservation.

" It is not the first time that I am saying the African Wildlife Foundation (AWF) is our ‘All-weather conservation partner and I am very sincere about this statement because it is true. When we join hands and work towards a common goal in biodiversity conservation, we can only achieve bigger and better," he said.

He said Parks and Wildlife Management Authority is indebted to AWF's continuous and unconditional support which has yielded positive outcomes for conservation in the Zambezi Valley and beyond.

"Our relationship is growing from strength to strength since way back in the 90s," he said.

Content created and supplied by: ProblemMasau (via Opera News )

10 African countries with the most handsome men. Check South Africa