By Azizi (self media writer) | 11 months ago

The leech is an invertebrate animal that belongs to the phylum Annelida, which comprises over 15,000 species of segmented bristle worms and 650 species of leeches in the Hirudinea subclass. Not all leeches are bloodsuckers, and not all bloodsucking leeches are looking for human blood. Many have evolved to have incredibly specialized food sources: one desert species lives in camels' noses, while another eats bats. 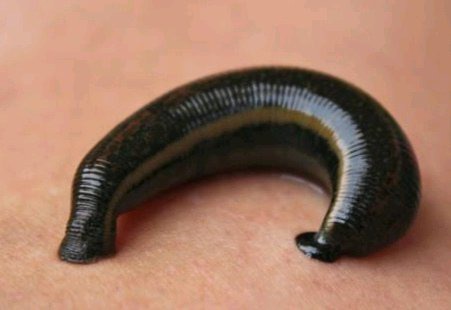 Leeches are worm-like organisms with segmented bodies. They feature distinct suction disks (suckers) on either end of their bodies and are normally flattened dorso-ventrally. They have an unique head end with a mouth made of of sharp cutting beaks inside the head sucker.

What is the number of brains in a leech?

Leeches have a total of 32 brains.

The interior structure of a leech is separated into 32 different segments, each with its own brain.

What are these brains' functions? 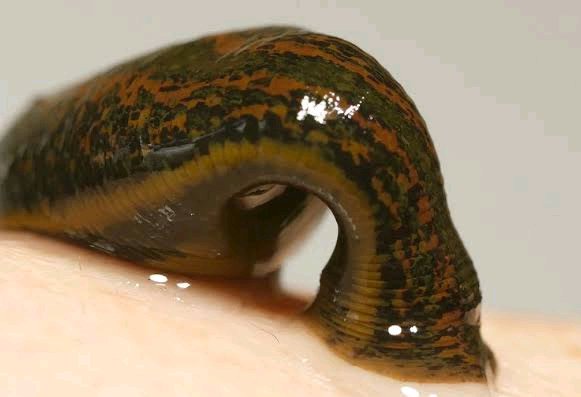 Leeches have 32 brains since each ganglion regulates and operates independently of its corresponding segment, hence they are said to have 32 brains biologically.

What is the number of hearts in a leech?

What do the hearts' functions entail?

The segmented hearts pump blood through the therapeutic leech's restricted circulatory system and alternate between two constriction patterns every 20-40 beats. In each mode, the heart sphincter, which is positioned in the posterior part of each heart segment, controls blood flow differently.

What is the number of teeth on a leech?

The jaw of the leech bears 100 teeth. A leech, on the other hand, has three jaws, each with a hundred teeth, for a total of 300 teeth. The leech's jaws move in a sawing motion to open the wound when it bites. 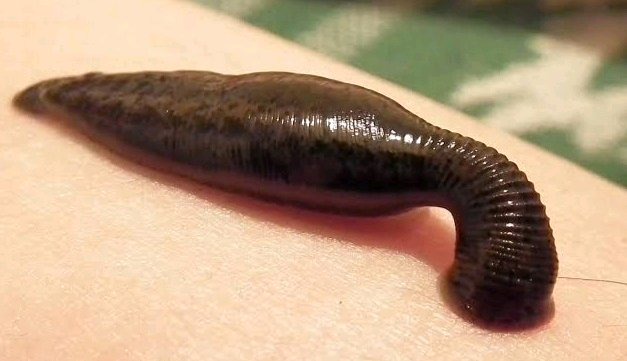 What is the number of eyes on a leech?

Each pair of eyes of the medicinal leech has roughly 50 photoreceptors.

Leeches primarily use their eyes to detect changes in the surrounding light. They rapidly notice if a shadow forms over them.

Leeches reside in fresh water and are mostly surface dwellers, moving overtop rather than through the riverbed. Plants, stones, and debris give refuge in warm, protected shallow places where currents are minimal and currents are negligible.

Leeches are parasitic and can be carnivorous or detritivores. Some parasitic species, such as worms, other leeches, snails, and crustaceans, feed exclusively on invertebrate hosts, while the majority parasitize vertebrates (species that have backbones).

The eggs develop into young leeches in approximately two weeks, with around five per cocoon. In about a year, they reach reproductive maturity. A leech has a lifespan of 2–8 years.

Are they capable of reasoning?

The huge Dracula leeches are intelligent creatures that are a lot of fun to keep and care for. They have a personality and a mind of their own.

The significance of the leech

Leeches have been used in medicine since antiquity to collect blood from humans and to lower fluid pressures in animal tissues that have been injured. In modern medicine, leeches are used to treat joint problems like epicondylitis and osteoarthritis, as well as extremity vein diseases and microsurgery, whereas hirudin is used to treat blood clotting disorders.

Content created and supplied by: Azizi (via Opera News )

3 Benefits Of Putting Garlic Clove In Your Ear

YOU SUFFER FROM DIABETES, HAIR LOSS And JOINT INFLAMMATION, YOU SHOULD TRY THIS POWERFUL FRUIT

If you have been eating garlic, this message is for you