By Mzansi_daily_news_Hub (self media writer) | 3 months ago

DURBAN — Phoenix residents are on pins and needles after a pet anaconda escaped from its container earlier this week.

The snake escaped from its enclosure at Starwood, Phoenix, north of Durban, according to Reaction Unit South Africa (Rusa).

The non-venomous snake escaped from a temporary confinement on Troy Street, according to the owner.

Prem Balram, the head of the Rusa, claimed, "The black and yellow female snake could easily constrict small animals and dogs."

The yellow anaconda, commonly known as the Paraguayan anaconda, is a boa species indigenous to southern South America, according to a fast internet search.

It is one of the world's largest snakes, according to Wikipedia, although smaller than its near relative, the green anaconda. It is non-venomous, like all boas and pythons, and kills its prey by constriction.

Some residents have expressed their concerns, stating that their children attend local pre-schools. Others want him imprisoned for failing to ensure the reptile was safely contained in its enclosure.

"You can't get a permit or a certificate for this type of snake." "It could have come here illegally or as a stowaway," Navinesan Gangan speculated.

He was reacting to Sharon Moodley's comment, which stated, "This is the owner's negligence." This can endanger little children as well as pets and dogs. Authorities should inquire as to whether this individual has a permit to keep such a reptile in his or her house near people. He is also an animal breeder, according to another platform. Authorities should investigate what he is breeding. He reports that the snake escaped from its prison after breaking the lock."

Others, such as Kashveer Beharie, took a more lighthearted approach, saying, "Guys, watch out, did you see Snakes in a Plane?" After being injected with medicines, the snake turns insane. "You're about to have an anaconda that's high out there," he wrote, referring to the abundance of drugs in Phoenix. 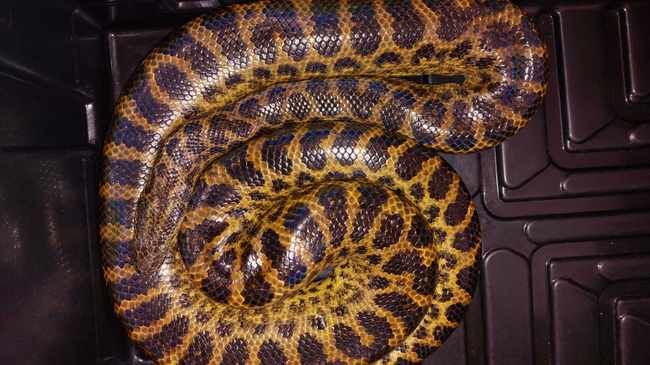 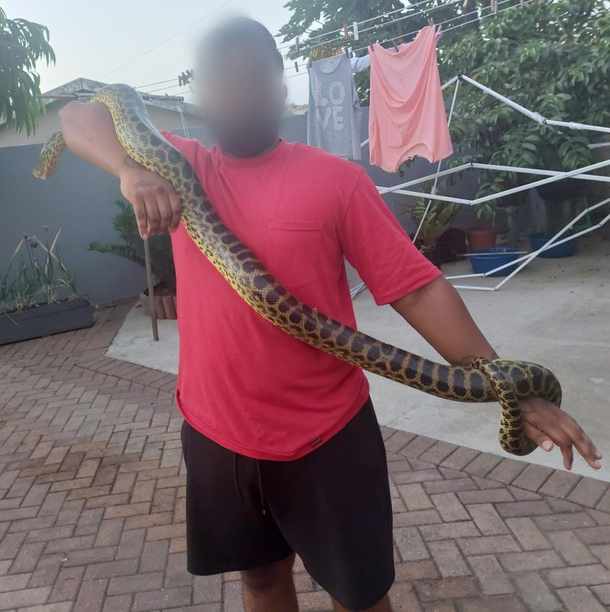 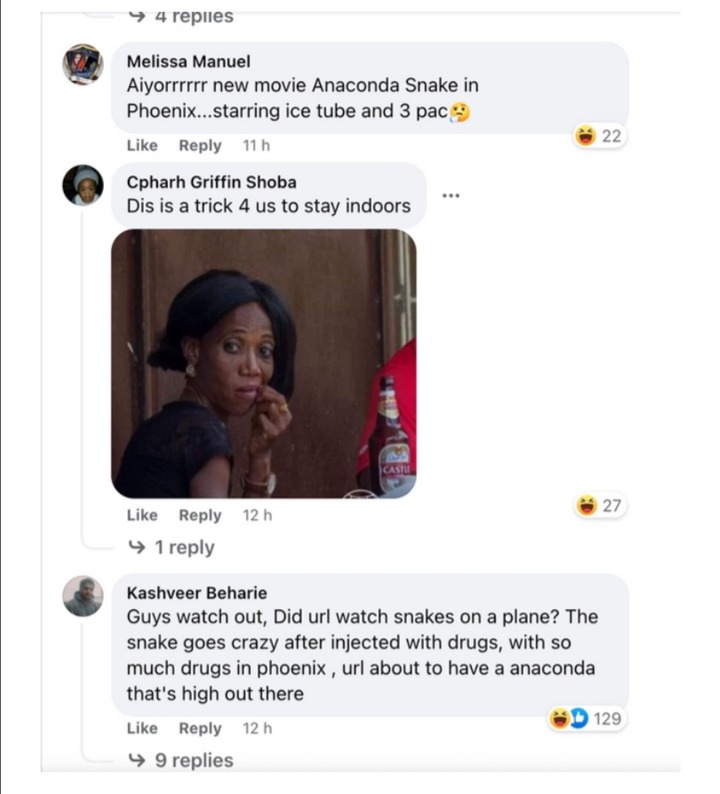 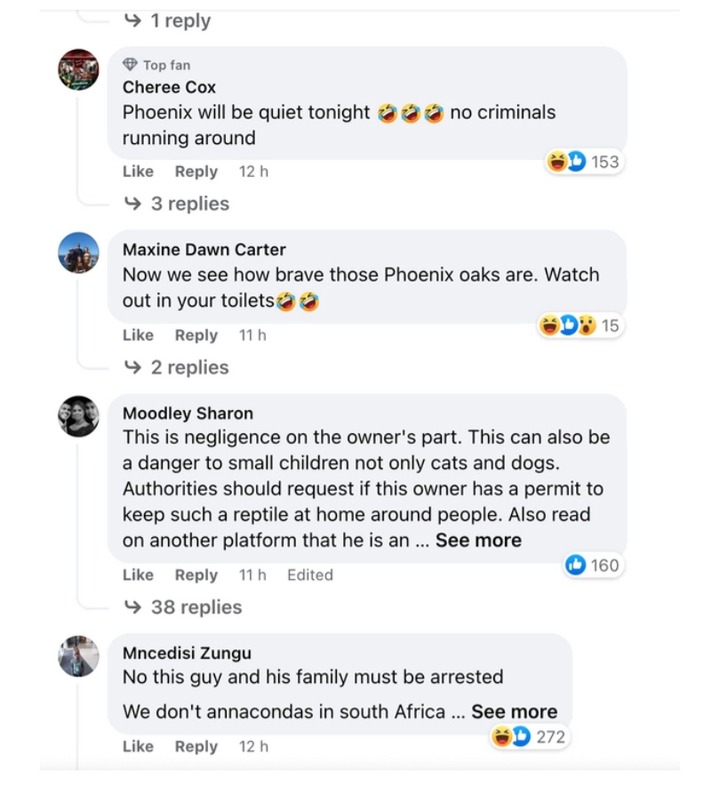 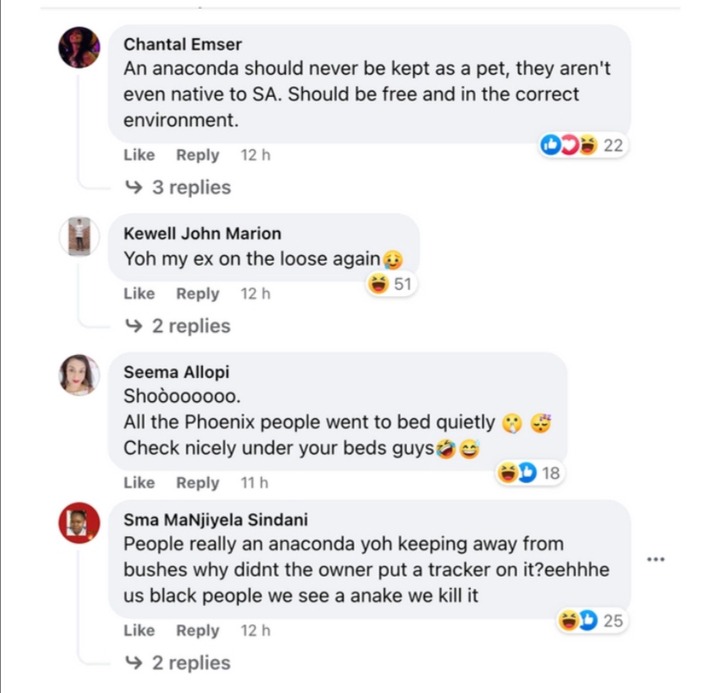 Content created and supplied by: Mzansi_daily_news_Hub (via Opera News )