By Himself (self media writer) | 8 months ago

Nick Evans, a snake specialist, says this summer has been his busiest to date, after the capture of three black mambas yesterday. This follows Evans' Thursday rescue of five black mambas. "It was just too hot for the majority of snakes yesterday for the most of the day. Apart from the bush snakes, they were enjoying a noteworthy summer party. However, when the temperatures dropped, not that it made much difference to us in terms of comfort, the black mambas began to move," he said. 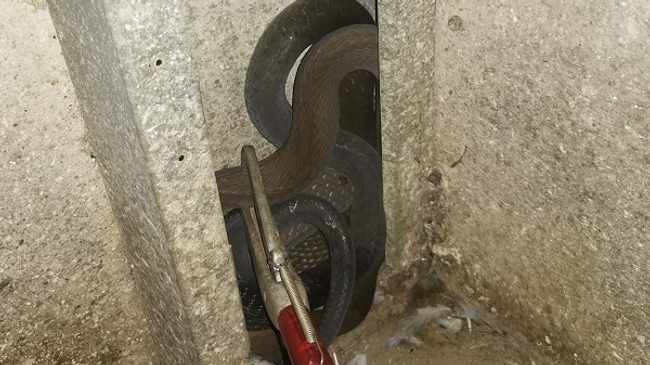 Mt Moreland on the North Coast."/>

Evans made his last stop of the day to Mt Moreland on the North Coast, roughly 30 kilometers outside Durban. He said that he captured a mamba last year in the same pigeon loft. "That one was not fed, but this one was. "Three chicks have vanished," he said. Evans described the incident as follows: The owner went in to feed the birds when the mamba slithered between his legs. 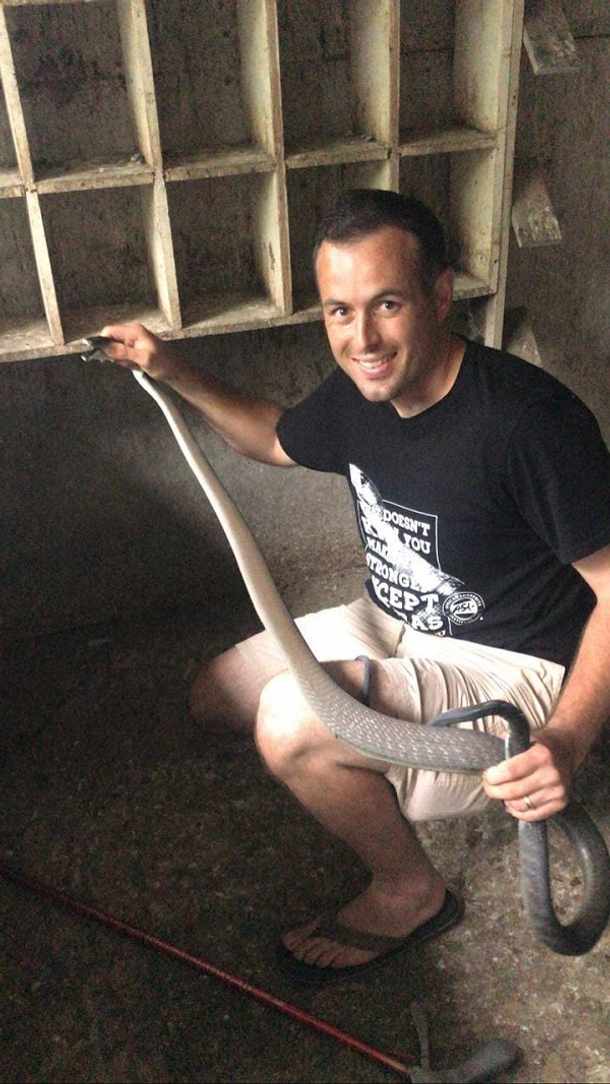 "Because it was struggling to travel on the flat surface, he said that its tail kept smacking his legs as it went side to side. "Insanity!" he said. "In reality, all three calls exemplified how mambas really behave. "Scenarios in which they could have assaulted somebody but chose not to," he said. Evans' first call of the day was to rescue a mamba that had entered a tiny, crowded chamber in Reservoir Hills to escape the heat of the day. 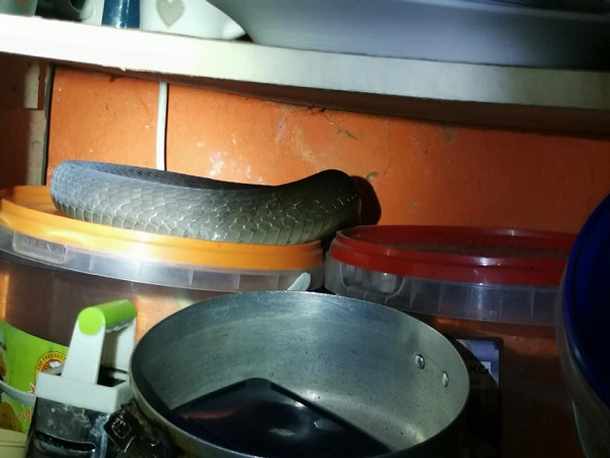 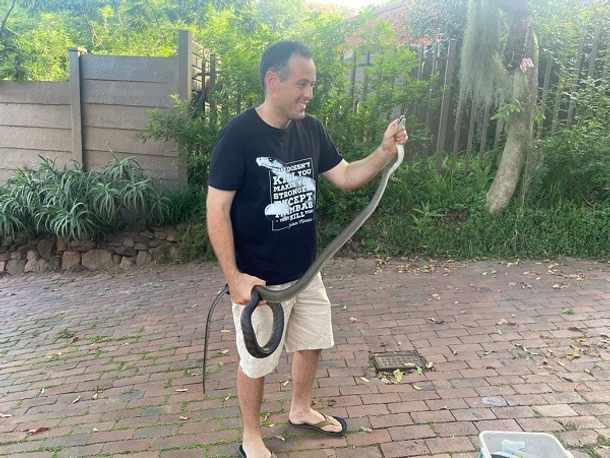 "From what I could tell, there were two persons in the room at the time the mamba arrived. It sought refuge in a little closet near the entrance, and the occupants fled quickly!" he said. Evans opened the cabinet and discovered a curled-up mamba. "It was enormous! [2.5m] Another well-fed mamba from Durban! A true rat slayer. Fortunately, it was a really simple catch," he said. 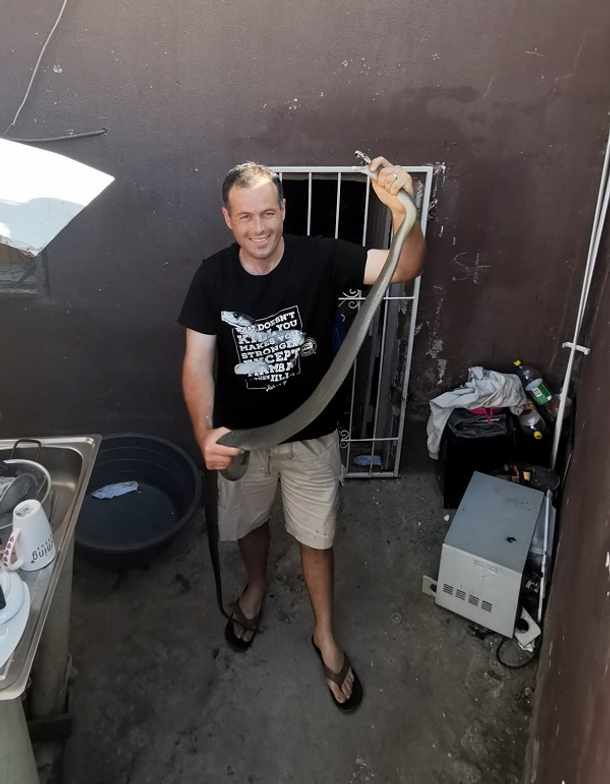 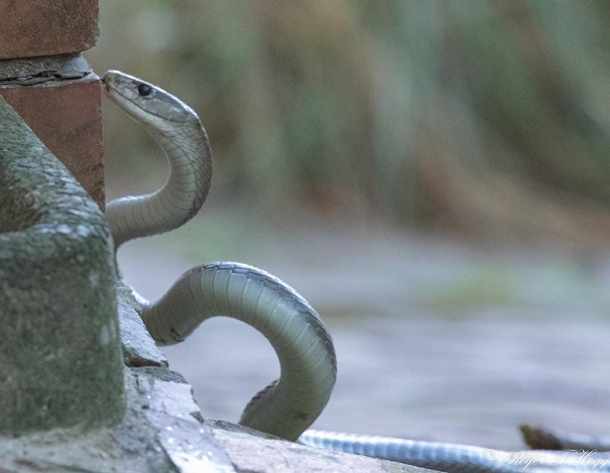 Evans then traveled to Westville, claiming that a friend had seen a mamba on his land. "Fortunately, the Westville mamba found refuge behind some paving stones heaped against a garage wall, preventing it from fleeing," he added. He exposed it and secured it with another simple catch. "This is the busiest mamba summer I've ever had!" he said. 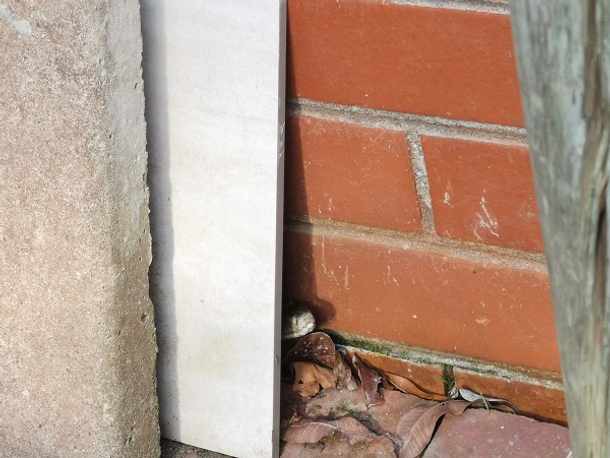 Black mamba slithers through KZN man’s legs while he feeds his pigeons (iol.co.za)

Watch: Kidnapper's Vehicle Overturned And The Victims Escaped With No Injuries