It is almost impossible keep track of all different and unique animals in this world as the animal kingdom provides so much diversity. It is even too hard to notice a distinction between close relatives. Because of the animals environment ' different species often evolve in similar ways. Here we have 10 pairs of animals who are almost indistinguishable from each other, this is to show you the differences between them. 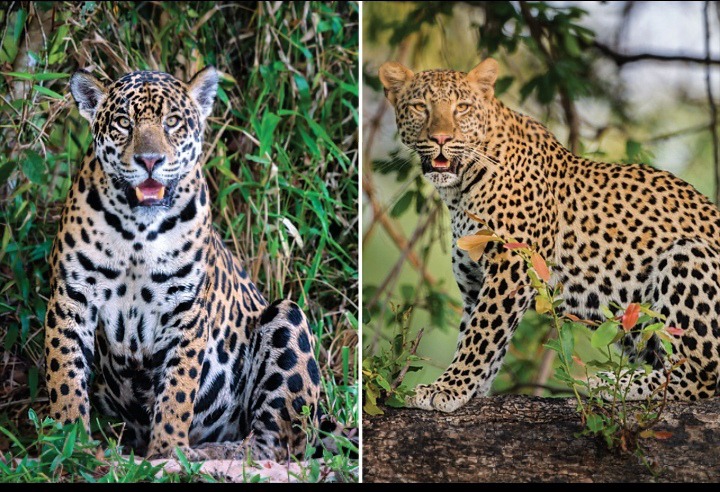 Despite their similarities, these big cats inhabit different continents and climate zones: leopards live in African savannas, while jaguars dwell in South American tropical forests. Jaguars are also larger and bulkier, and unlike leopards and many other cats, they’re fond of water. 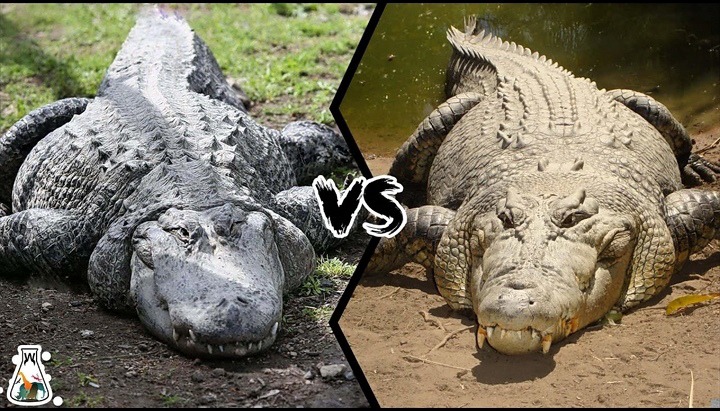 You can easily identify these 2 by the shape of their snouts: crocodiles have prominent, elongated V-shaped faces while alligators have shorter, wider U-shaped ones. Also, consider the teeth: crocodiles display their trademark toothy “grin” with every fourth tooth visible. Conversely, the alligator’s upper jaw is broader than the lower one, so its teeth aren’t visible for the most part.

Both insects are menacing, that’s for sure. Hornets are larger and boast orange and black coloring, resembling spots rather than stripes, while wasps are more brightly colored and have yellow and black rings. You’re better off avoiding both.

You’ve most likely met seals as cute plushy animals and sea lions as circus acrobats. Seals are covered with fur and have tiny front flippers which prevent them from walking, forcing them to wiggle on their bellies. Sea lions have smooth skin and vast flippers that they use to move on the ground. 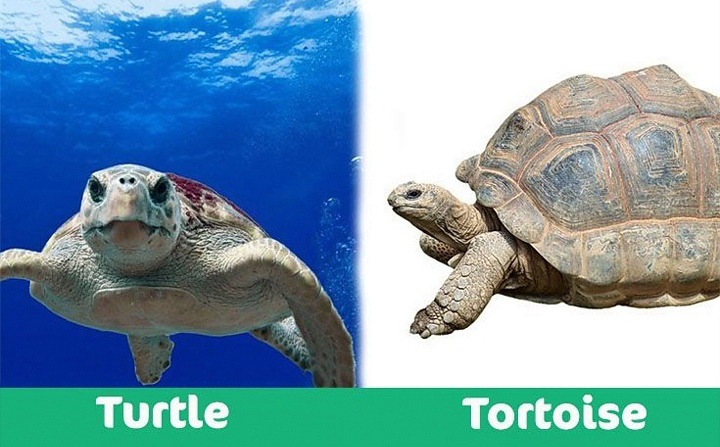 These 2 are both mobile (but very slow at that) and boast 4 legs. But the “turtle rock” is aquatic and has markings that resemble stains and circles on the water to better hide in the ponds. The “tortoise rock” is a land animal and spends most of its time on the ground — that is, as a literal rock..

6. Ravens vs Crows VS Rooks vs jackdaw 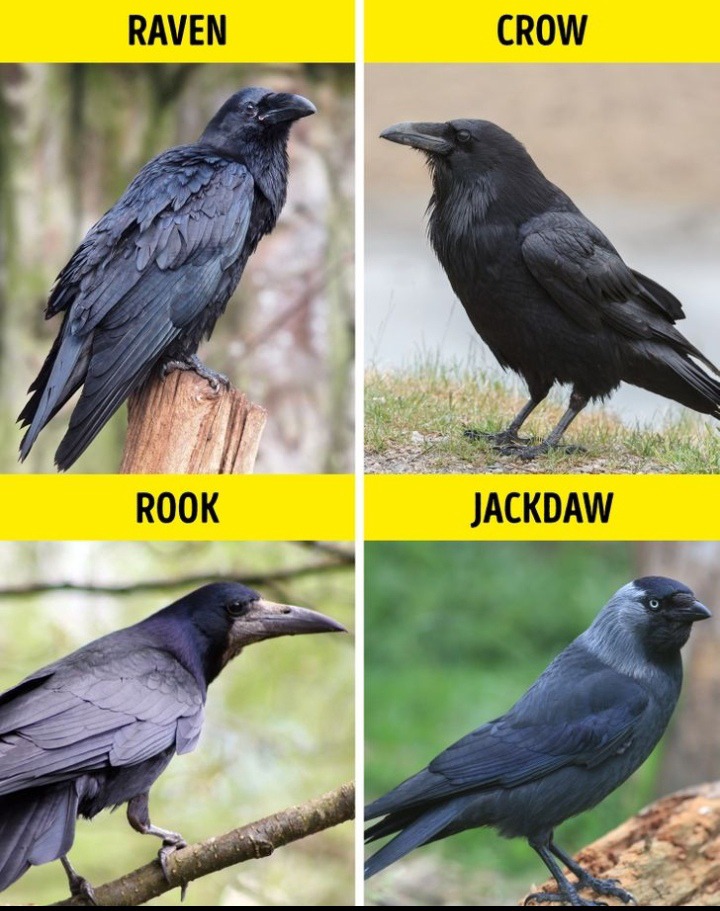 Most corvids look fairly similar (excluding jays who are like a theatre kid in a goth family). Ravens are the loftiest and most fashionable thanks to their “beard” of throat feathers. Crows and rooks are of the same size, but rooks have a distinct grey beak and fancy feather “pants” on their legs. Jackdaws are the goofiest-looking thanks to their very short beaks and a round heads with black caps. 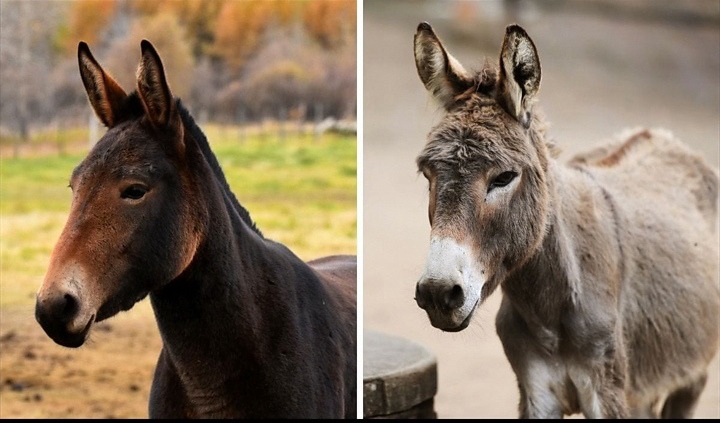 This one is tricky for a simple reason: while the donkey is its own species, a mule is a hybrid of donkey and horse. Funnily enough, it looks exactly like what you’d think these 2 animals would look like: an elegant head of a horse with ridiculously oversized donkey ears. 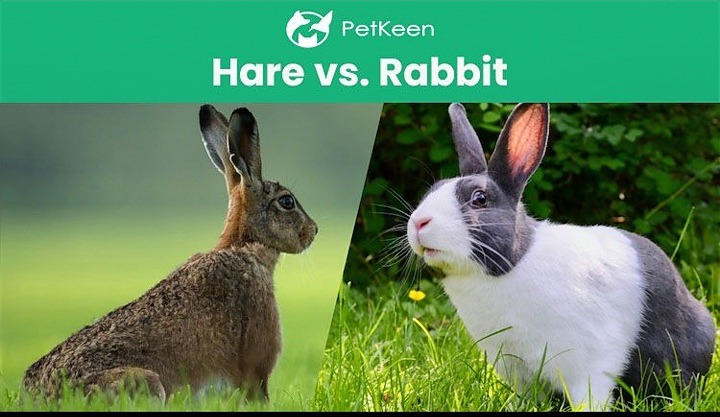 Hares are larger and faster and have longer legs and ears. Rabbits are smaller, fluffier, and overall “cuter.” They even eat different food: rabbits prefer vegetables (like carrots) and soft grass while hares prefer bark and twigs. Rabbits are social animals while hares tend to be solitary. It’s no wonder rabbits are easily domesticated while hares mostly stay feral. 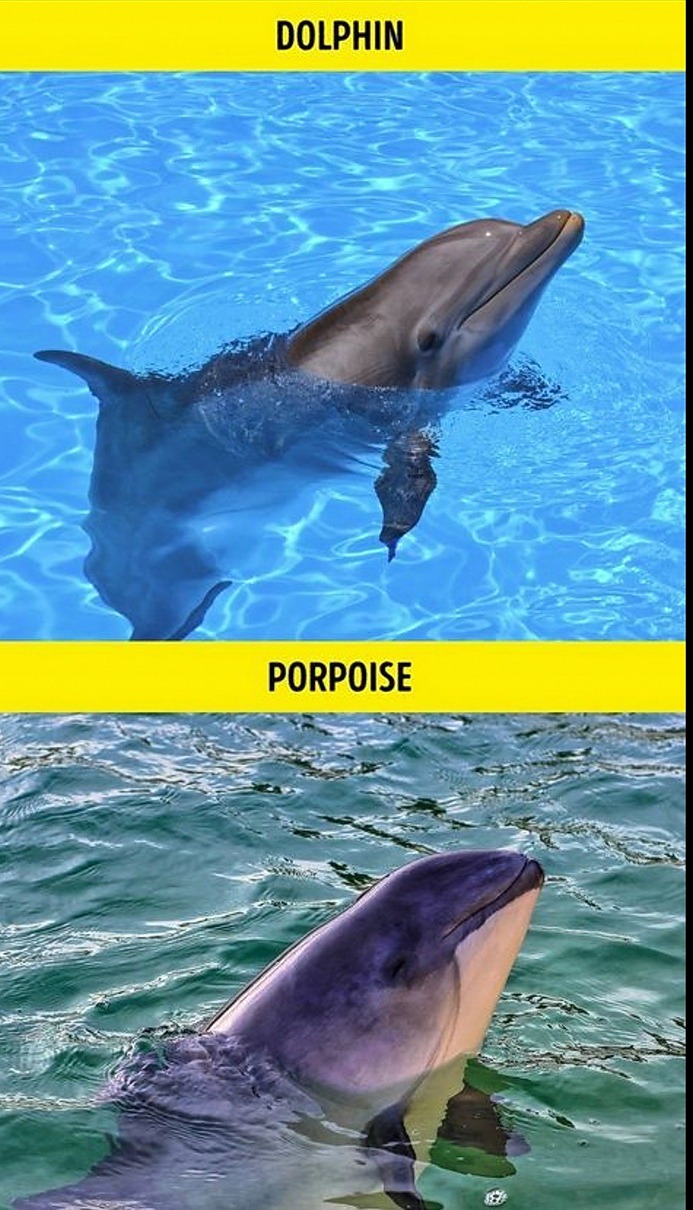 10. Eagle vs Hawk vs Falcon 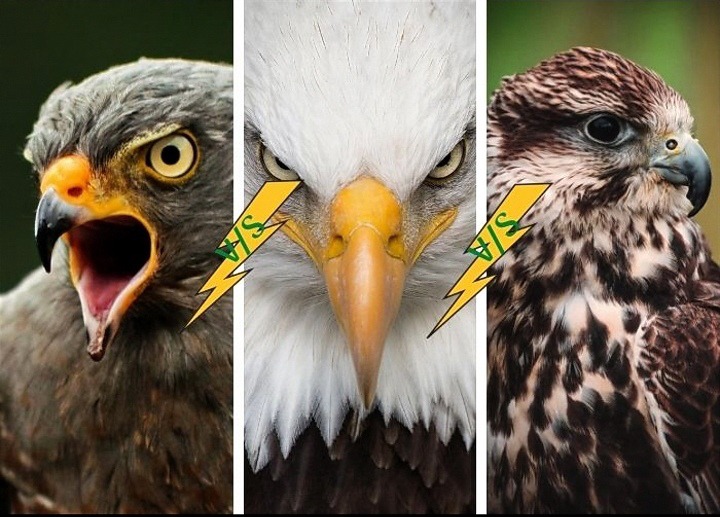 Eagles are gigantic, powerful birds who prefer to live in open spaces like cliffs and mountains. Hawks are a little smaller and more nimble in the air, capable of maneuvering in more closed areas. Falcons are the smallest and fastest of the 3 and differentiate the most visually: they have larger eyes and shorter beaks.