By Therichman (self media writer) | 6 months ago 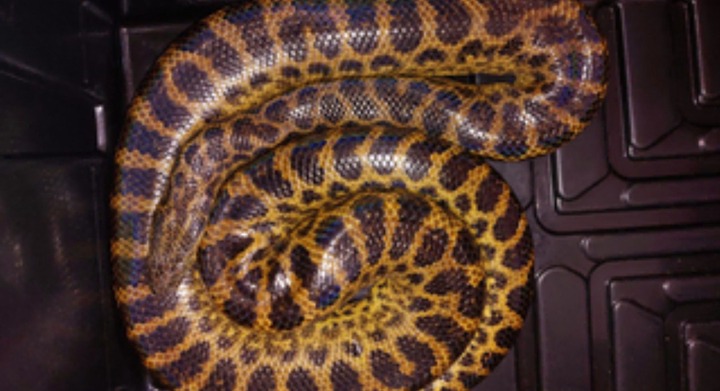 The 'pet' anaconda that escaped from an enclosure at a Phoenix house earlier this week has yet to be found.

Prem Balram, a spokesperson for Reaction Unit SA, told IOL on Saturday morning that the snake has yet to be found.

The non-venomous reptile was originally believed to have escaped from a makeshift enclosure on Troy Street.

People should not be alarmed or damage the snake, according to Durban snake expert Nick Evans.

Evans told The Mercury that while yellow anacondas were widespread in the pet trade, they weren't very popular.

"They're not on the list of invasive species, so they're lawful," he explained.

Evans believes the anaconda would be astonished if it were to attack a dog or cat.

"Perhaps a kitten or a little dog." "More like rats, because they prefer to be in water," he explained.

The yellow anaconda, commonly known as the Paraguayan anaconda, is a boa species indigenous to southern South America, according to a fast internet search.

It is one of the world's largest snakes, according to Wikipedia, although smaller than its near relative, the green anaconda. It is non-venomous, like all boas and pythons, and kills its prey by constriction.

ANCWL Wants Action Taken Against Minister of Finance, Who is Accused of Gender-Based Violence

SAPS Officers Were Spotted Doing This To A Man

100s of hijacked vehicles are crossing at this SA boarder weekly: Report