People enjoy their work after having spent years and years of doing those jobs, they end up getting comfortable and sometimes they let their guard off and relax too much to an extent that they risk their lives or well being when at work, sometimes they forget that their line of duty is dangerous, they do things that put their lives on the line just to please those who are watching on, but the Zookeeper learnt a gruesome lesson, he paid a heafty price as he was trying to show off that he has a good relationship with the lion that was on the other side of the fence in the zoo. 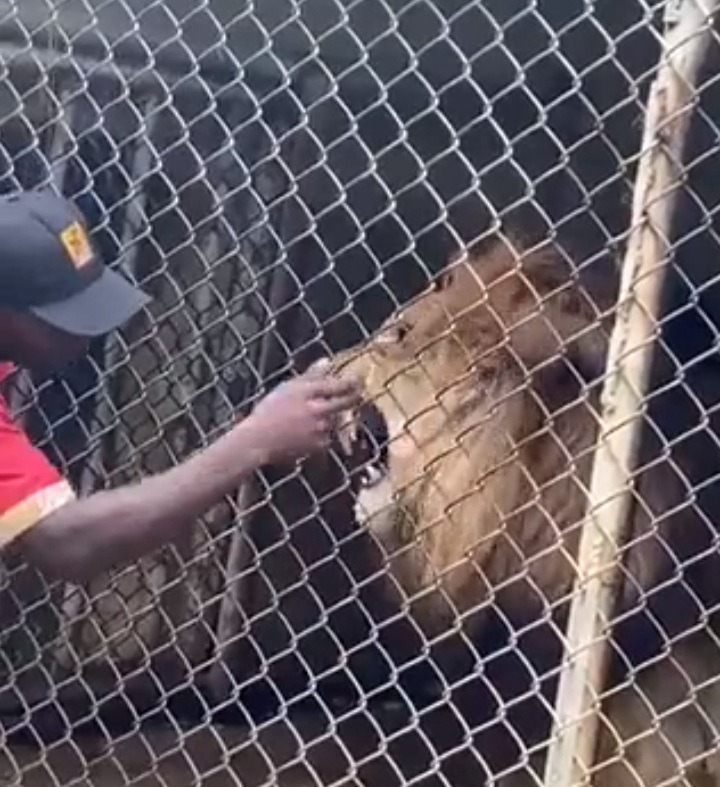 Perhaps it is something he has been doing for years whenever there are visitors who came to see the animal, when he got to the Lion cage, he always played with it perhaps, but this day, he mistimed his tricks and the price was his fingers, the lion was in a mean mood and when it grabbed his hand, there was very little the visitors could do to help him, they just kept doing what they were doing, filming as they captured the moments. 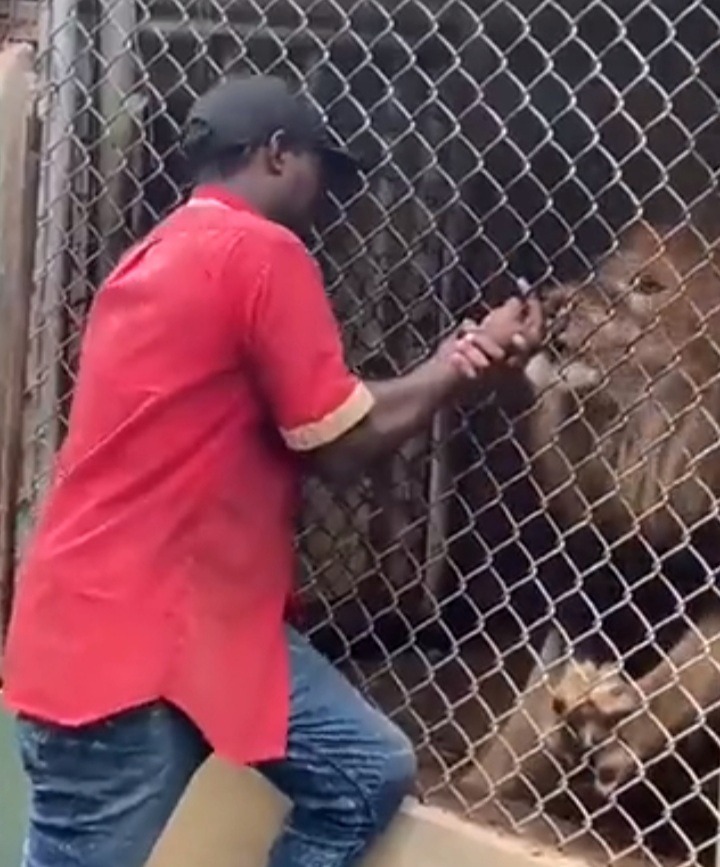 A video emerged on social media where a zookeeper lost part of his hand after his game with the lion turned Ugly, the lion was in a mean mood and he lost his fingers to the lion, he surely learnt a lesson he will never forget. 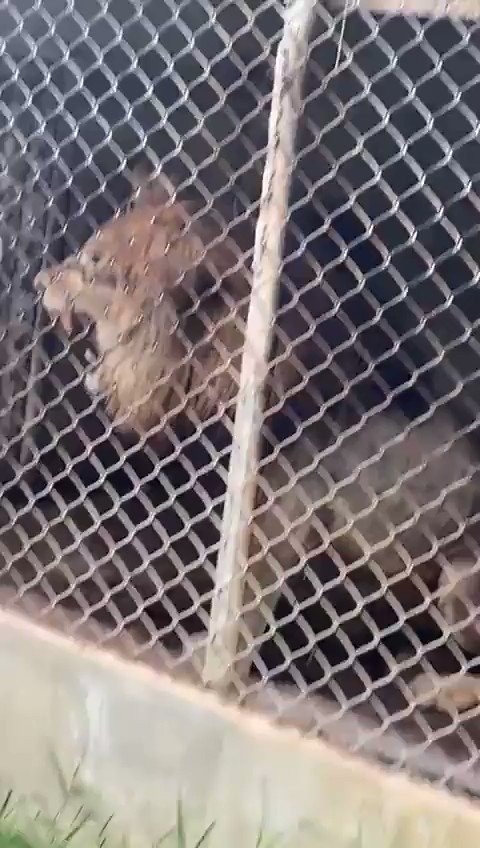 In that video, this particular zookeeper was playing with the lion by putting his hand through the fence, he did it over and over as the lion tried to grab it, he would pull his hand back very quickly before it caught him, he did that repeatedly with the lion getting irritated each time it missed the hand, but he ran out of luck and mistimed to remove the hand and the lion caught his fingers. 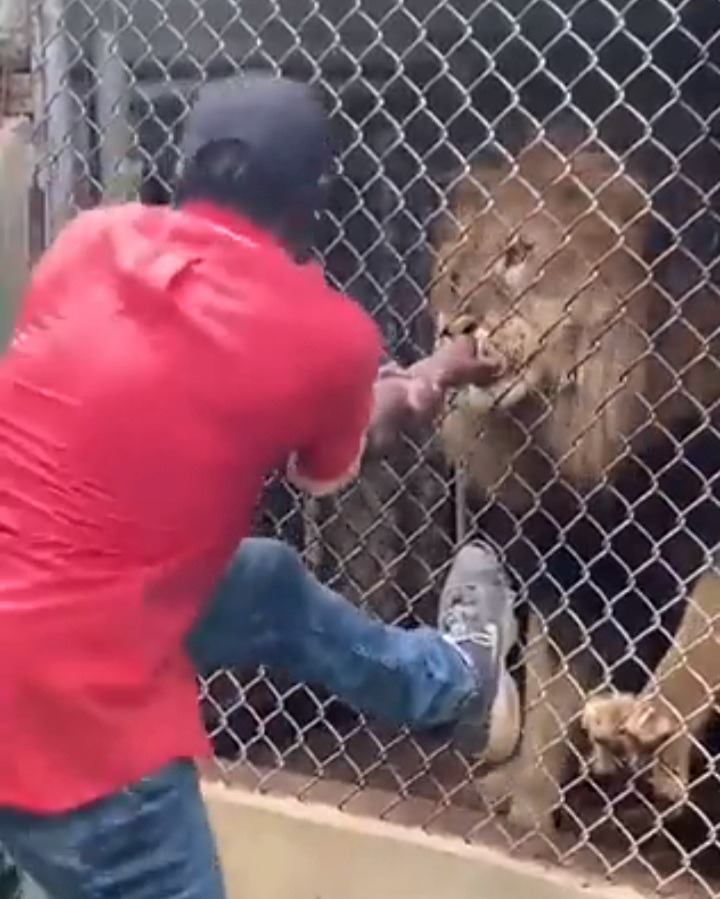 As we all know, once the lion locks its teeth, it becomes difficult for whatever is between those teeth to be freed, the same happened to this man, he tried as hard as he could to free himself from the sharp teeth, but the lion held tight until after some seconds where he managed to free himself.

Maybe this guy used to do this each and every day as he entertained the guests, but his was one bad day in the office for him and he lost his fingers.