Phoenix residents are confused after a pet anaconda escaped from its cage this week. According to the reports, the snake escaped from its enclosure in Starwood, Phoenix north of Durban. Its owner said the non-venomous snake escaped from a makeshift fence in a room on Troy Street. Please look out for the snake, hide your pets and small kids as they Anaconda might be looking for a prey as you read. 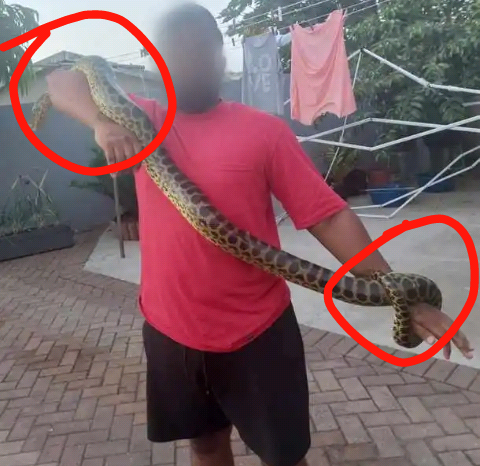 Black and yellow female snakes can easily crush small cats and dogs. Please call this number, 086 1234 333 if they you see the snake. Residents can also call 082605 9530. A quick internet search reveals that the yellow anaconda, also known as the Paraguayan anaconda, is a species of boa endemic to southern South America.

According to Wikipedia, it is one of the largest snakes in the world but smaller than its close relative, the green anaconda. Like all boas and pythons, it is not venomous and kills its prey by shrinking. Several residents expressed concern, adding that they have children attending local preschools in the area. Others called for his arrest for failing to ensure the reptile was safely secured in its enclosure. 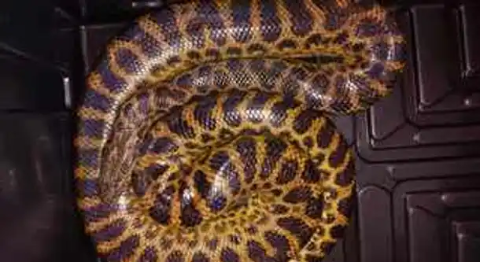 “You don't get permits or certificates for this species of snake. "How did she get here, maybe it was illegal or he was taken as a passenger without a permit," said Navinesan Gangan. 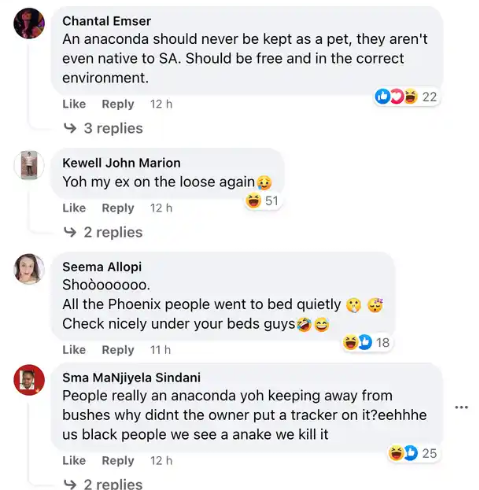 She responded to Sharon Mudley's comments: "This is the owner's negligence. It can be dangerous for young children, not just cats and dogs. Authorities should ask if these owners have permission to keep such reptiles around people's homes. Read on other platforms that she is a breeder. Authorities need to verify what was he actually plans. He claims the snake took the key in its cage and ran away. 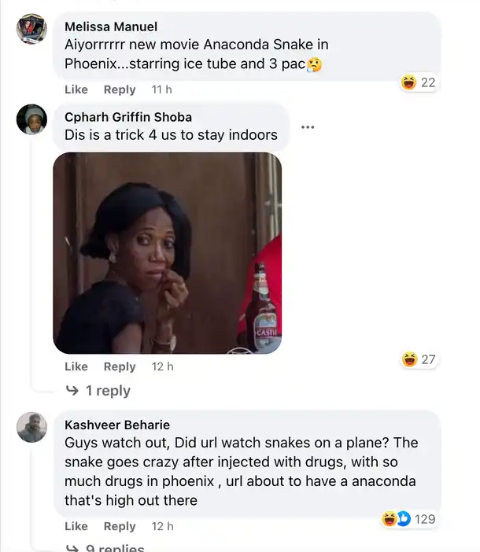 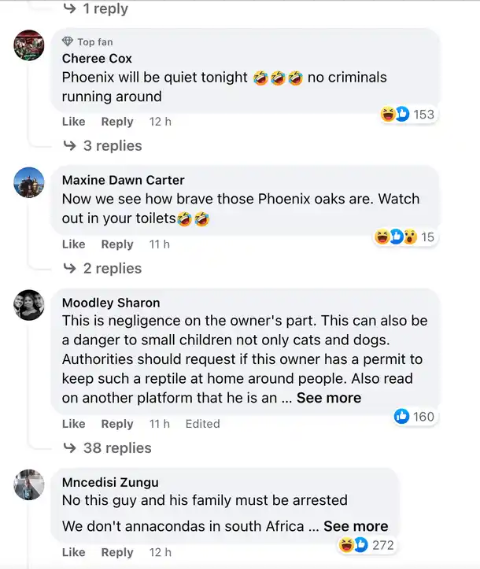 Others, like Kashvir Behari, looked even funnier: “Careful, did you see any snakes on the plane? The snake was scared after injecting the drugs. With so many drugs in Phoenix, you might just bump into an anaconda out there," he wrote.

What are your thoughts concerning this issue?

Gogo Maweni was spotted doing this at her ancestors grave and appeasing them with Chicken and goat.

If You Are In These Parts Of The Country And You Are Using Telkom, Your Connection Could Be Affected