My House Is Full Of Snakes, An Owl And Rabbits: Gogo Maweni

After her appearance on Podcast and Chill with MacG yesterday, traditional healer and reality television star Makgotso Lee-Anne Makgopo, also known as Gogo Maweni, shot to the top of the Twitter trends list. The sangoma was open about her relationships, her dogs, and her kids. Gogo Maweni said that she keeps the strangest animals. She declared, "My house is full with snakes; we have five snakes, an owl, two rabbits, two tortoises, and three gorgeous dogs." Gogo Maweni criticized individuals who assert that she engages in witchcraft with snakes. 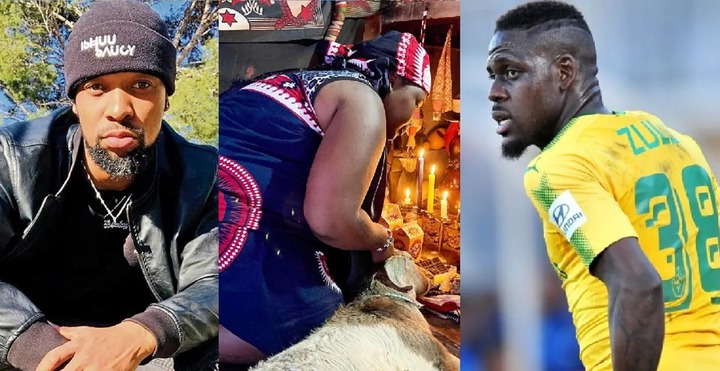 People frequently claim that African cultures use snakes for black magic or to amass wealth, but Gogo Maweni has disproved these claims. "I don't do anything with these creatures. I cherish animals, "She spoke. She continued by outlining the Ukuthwala procedure by stating that "If something is uthwele with it, someone else cannot see the snake with their unaided eyes. If it is mine, but you cannot see it because it is ngithwele ngenyoka, "Added she. 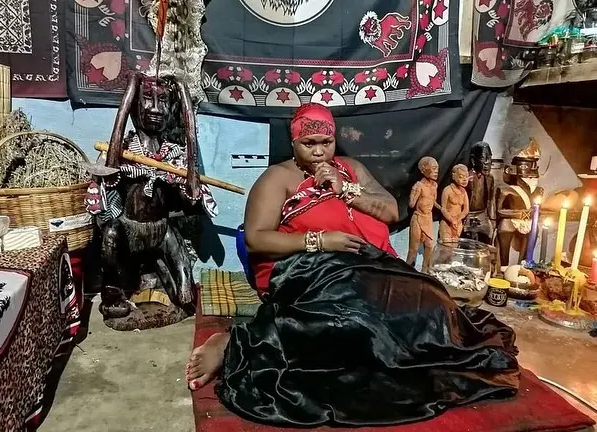 Gogo Maweni continued by saying she had previously taken her snake to the clinic because it had the flu. She claimed that once she released the video online, it garnered attention and elicited a range of responses. Gogo Maweni claims to have a doctorate in traditional medicine from Durban, South Africa's, uMhlab'uhlangene University. Gogo Maweni also talked about her children, revealing that she has three lovely children, one of whom is American and one of whom she has with SK Khoza. After the Ghost Lady referred to SK Khoza as one of the country's cutest men who doesn't appear like he is from South Africa, she threw huge shade at her baby daddy. Gogo Maweni promised to give her his number, but warned her not to become pregnant since she claims SK won't take good care of the child. 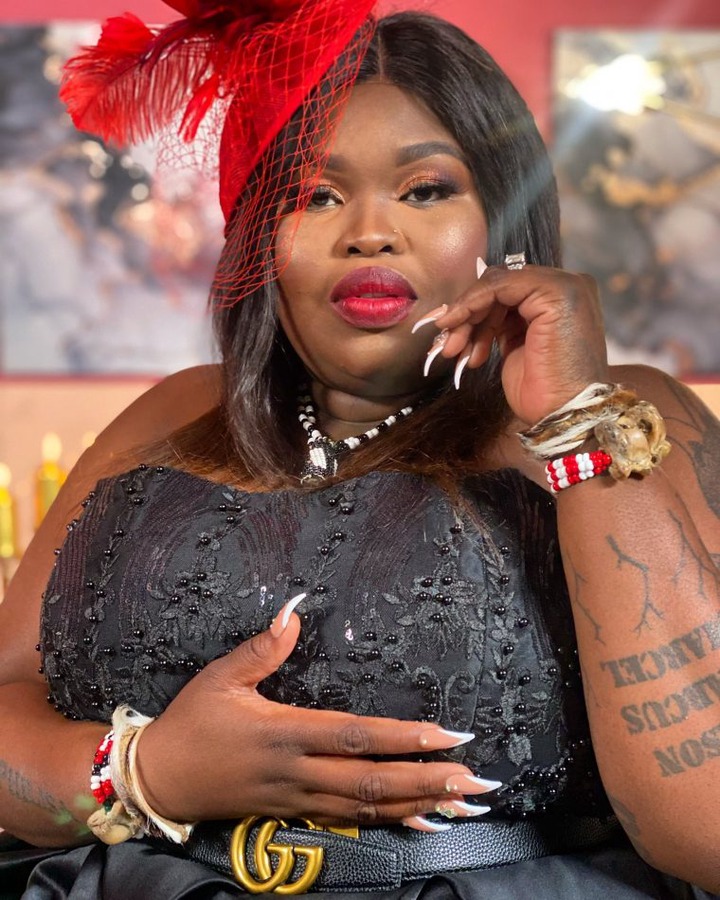 I'll give you his number, but before you fall pregnant, avoid doing so because he won't look after you or your baby. SK made headlines in April after having a breakdown and videos of it appeared on social media. After seeing the recordings, people began enquiring about Gogo Maweni's personal life, and they dug out an old post that led many people to speculate that she may have bewitched him, though she refuted the allegations. I don't have baby daddy issues, she stated in one of her earlier social media posts. Everything was resolved in my nduma! The result was that they were left with nothing. Do the math: if my kids don't "eat," nobody eats." 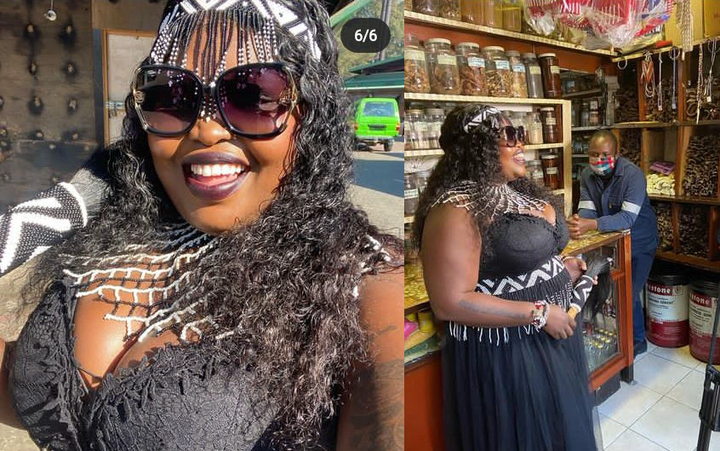 Gogo Maweni cleared her reputation and denied any involvement in an interview with Gagasi FM "For those who don't know, I gave him both material and emotional support. Since there are some things I am not allowed to discuss regarding him, I have never seen this side of him and cannot remark on his behavior." The sangoma said she was eager to support him even if they were no longer together during their interview on Gagasi FM "I would be happy to help. My child's father is Sthembiso. Although I don't hate him and I don't enjoy seeing him do these things, I was saddened. To be really honest, he was one of many that encouraged me to embrace my ancestor's vocation. He said you must go through this and I would support you, and I don't want to." 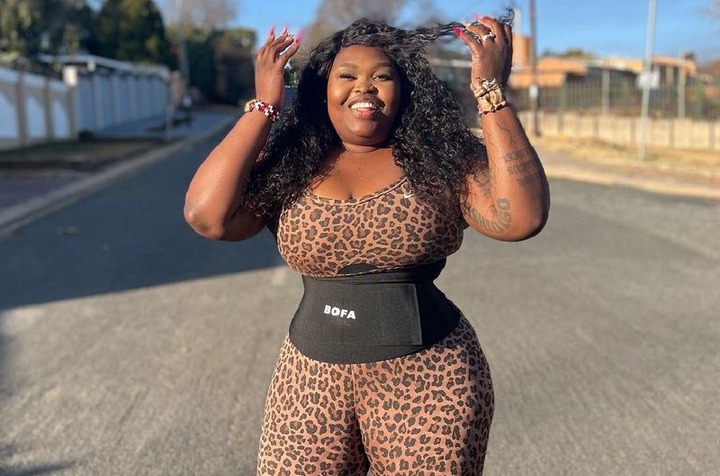 SK Khoza talked about the encounters on Instagram, claiming that he was imprisoned in a "black area." He wrote, in part, "Forgive ME for I have SINNED and was caught in a terribly DARK SPACE." He prayed for his mental well-being as well "Dear God, make what is dark in me light and make what is weak in me strong. Fix what's damaged in me and bandage what's bruised. Heal the disease I possess. bring back any remaining love and tranquilly. Please make it clear to me how tough situations can actually make me stronger.

Maweni also acknowledged enchanting Siyabonga Zulu, a former Sundowns player who is the father of her child. The sangoma claimed she intended to discipline him. She explained, "You assume you know better when I've assisted you. She continued by saying Siyabonga wrecked her car, used to engage in promiscuity, and once had an R45 000 bill at a club.

Zozi Tunzi deals with trolls for pitting her against miss SA