In the wild, some creatures are classified as predators or prey according to the food chain or pyramid. As a result, some animals kill other creatures for food. Nowadays, almost all wild animals have a prey item or predator. Currently, carnivorous species typically prey on non-carnivorous animals.

Although gorillas are herbivores, does this imply that other animals also eat them as prey? The response is "Yes." One of the largest and sturdiest primates and animals in the wild is the gorilla. Nevertheless, they continue to be prey to some animals.

When you consider a male gorilla's size and strength, it is simple to conclude that they do not have any natural predators. Although its social organization and physical traits help it avoid becoming prey to other creatures, this does not mean they are completely risk-free. 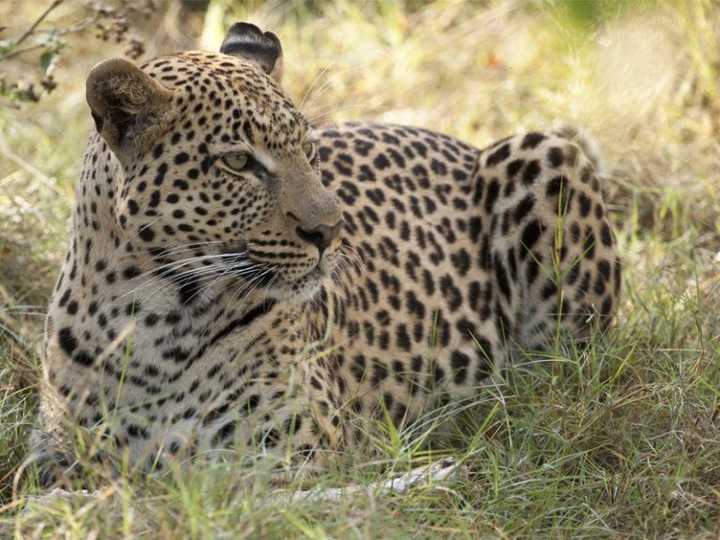 Adult gorillas can be killed by leopards.

Leopards are large, intelligent cats that devour the meat of many different animals.

They can find unwary gorillas in their habitat who could end up as their food. The only animals in their habitat capable of killing an adult gorilla are leopards. Given how structured and stubborn the world's largest primates are, it is not a simple task. As a result, they emit alarm calls to alert the group at the first sign of danger. The primary benefit of felines is their swift and effective tree climbing skills, as this is where these primates construct their nests.

Adult male gorillas are an uncommon target of leopard predation, although they only target western lowland gorillas. They typically steer clear of "silverback" leaders who are more powerful and concentrate on children or younger people. Gorillas live in tropical regions, so when they die, their carcasses are soon eaten by insects and scavengers. The remains of a western lowland gorilla killed by a leopard in Gabon once took 3 or 4 days for carnivores to completely consume.

Crocodiles are another potential predator, though encounters with these reptiles are infrequent.

Crocodiles, which might attack prey when they approach the water to drink or when they walk through swampy woodlands, are additional potential predators. However, encounters with these animals are extremely improbable because gorillas hardly ever drink straight from rivers or wetlands. Even when gorillas are not killed during an attack, infections in their wounds can prevent them from recovering quickly. 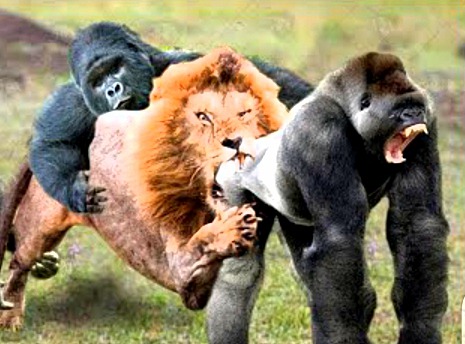 However, there is no greater threat to gorillas than there is to people. Human activities have a greater negative impact on gorilla numbers than even leopard assaults. Gorillas are hunted for a variety of reasons, though they are typically traded. In addition to the harm done to entire populations by destroying or degrading their habitat, humans catch gorillas alive to sell them or kill them to sell the flesh or parts.