Zoo Attendant Loses His Finger To A Lion At Jamaica (Video)

On Friday, people at Jamaica Zoo were shocked to see a zoo worker's finger get cut off by a lion at the attraction in St. Elizabeth, which is near Lacovia and west of Santa Cruz. There are many different kinds of animals at the attraction, such as lions, zebras, monkeys, crocodiles, and toucans. 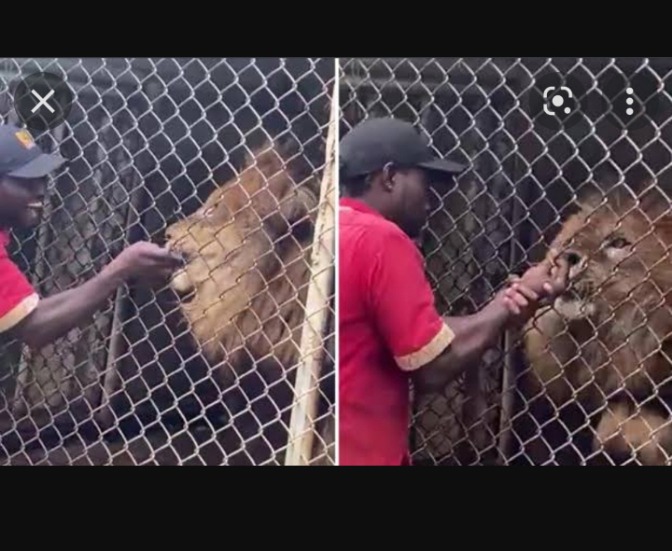 Since then, the video of the event has gone viral on social media.

One visitor who didn't want to be named told OBSERVER ONLINE that the event happened at 4:22 pm in front of at least 15 people.

She said that the tour of the zoo was almost over when a zoo worker tried to pet the lion in tow off to the visitors.

"The man's right ring finger was bitten off partly after he put his hand through the lion's cage, which was made of chains.

I thought it was a joke at the time. I didn't think it was that big a deal. "Because it's their job to put on a show, I didn't realize how serious it was," she said.

"When he fell to the ground, it was clear to everyone that something was wrong. "People started to get scared," she said.

As he tried to get his finger out of the lion's mouth, the man screamed bad words.

She said, "All of his skin and about the first joint of his finger was gone

"I ran away from the whole thing because I hate blood and it was too graphic for me," she said.

Reports say that the injured zoo worker got up and walked to a car before leaving the building.

"When he was walking, his face didn't look like he was in pain," the visitor said.