Top 10 Most Venomous Snakes in the World

The common Indian kraft lives throughout India, Sri Lanka, Afghanistan, Bangladesh, and Nepal in various terrain. This snake that is usually about 3-feet long can grow up to 6-feet long. It hides in a hole or under a pile of rubble during most of the day. It goes from being slow during the day to be very active at night.

In India, this snake is considered one of four that kills the most humans through its venom. When threatened, it bites its victim and holds on to deliver much more venom than the average snake. Many people think that they are OK after being bitten by one because the bite does not hurt. Therefore, they do not seek immediate medical care. Later, abdominal pains start, and the person dies. 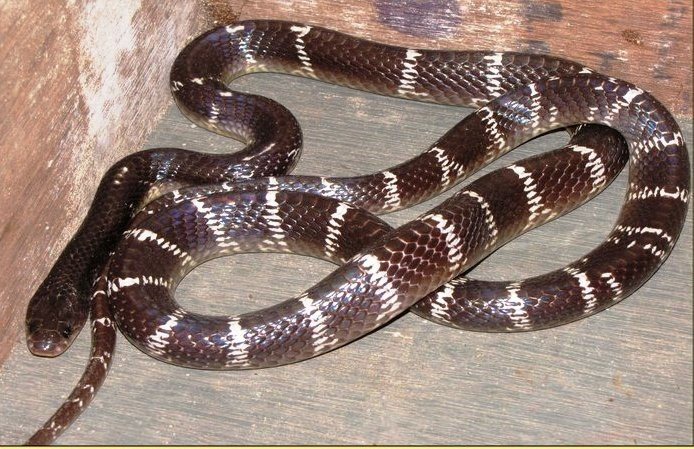 The yellow-bellied Sea Snake spends most of its life in shallow ocean waters throughout the Pacific Ocean. Usually, it quickly dies of exhaustion or heat if a storm washes it ashore. Most humans are not a threat to this species because they are not in the same habitat, but its venom is some of the deadliest in the world. It often uses its venom to kill the fish that it wants to eat. 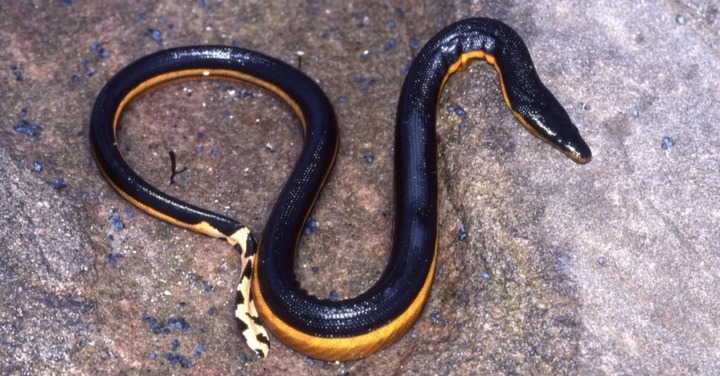 The boomslang lives in trees throughout most of Africa, especially in Swaziland, Botswana, Namibia, Mozambique, and Zimbabwe. This snake often attacks its prey before they even see it coming. The boomslang prefers warm weather and will hibernate in bird’s nests during colder weather. These snakes are very solitary animals, and they will even use their venom to kill other boomslang snakes when they are hungry. The fangs of this snake sit further back in their mouths than on most snakes. Once bitten, the victim bleeds to death because the venom stops the body’s ability to form blood clots. 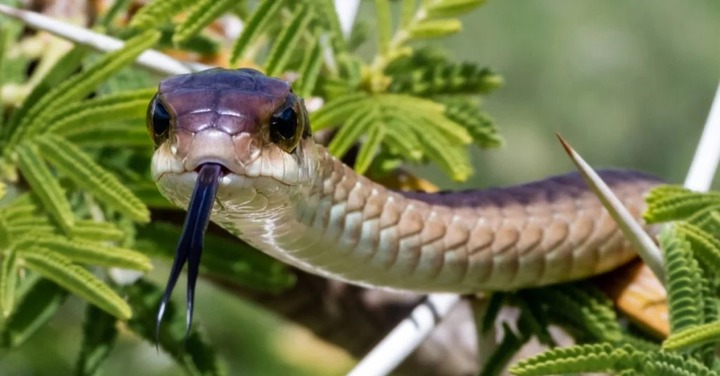 The tiger rattlesnake lives in Arizona, California, and the northern parts of Mexico. Most tiger rattlesnakes grow to be between 18 and 36 inches tall when mature and weigh about 16 ounces. It has the smallest head of any rattlesnake and a huge rattle. It is easily recognizable because of its spade-shaped head. Like other rattlesnakes, it will shake its rattles before attacking. Its venom is the most poisonous of all neotropical rattlesnakes. The venom causes the victim’s circulatory system to stop working, so the victim hemorrhages to death. 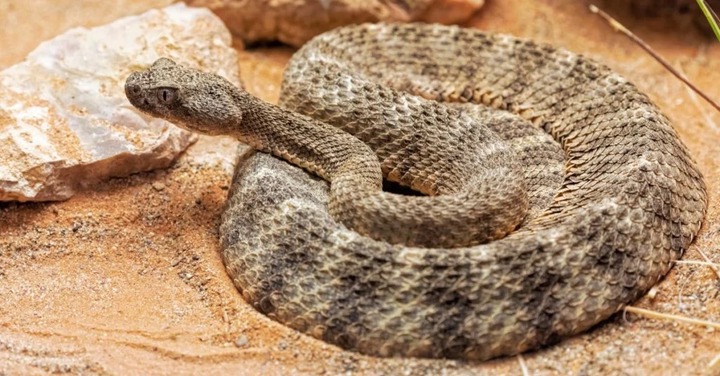 The black mamba lives in sub-Saharan areas of south and east Africa. It prefers to set up a permanent home, often in a termite mound. Despite the name, these snakes are seldom black. Instead, they are olive, brownish-gray, or khaki. Most do not grow to be longer than 9 feet, but rare cases of snakes up to 15 feet have been reported. Unlike many snakes, when the black mamba emerges from its egg, its fangs are fully functional. These snakes can move up to 12.5 miles per hour. When they are in a hurry, they keep about 33% of their body raised off the ground. Once bitten, a person can die within 30 minutes because the venom paralyzes the victim’s body. 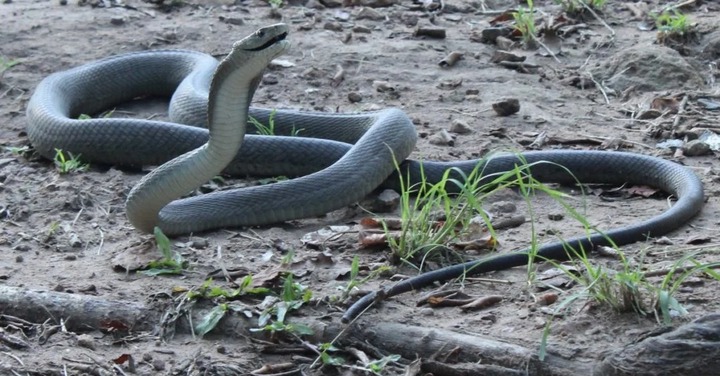 The Eastern brown snake is the most dangerous snake living in Australia. This snake is especially dangerous because it lives in populated areas where it can find mice. It is usually between 6-and-13-inches long is also very aggressive. Especially during the winter months, they will often share their nests with other snakes. Male brown snakes often fight for the right to fertilize a female. This nervous snake uses its bite more than most of the deadliest snakes, and it is responsible for the highest number of snake-bite fatalities in Australia. 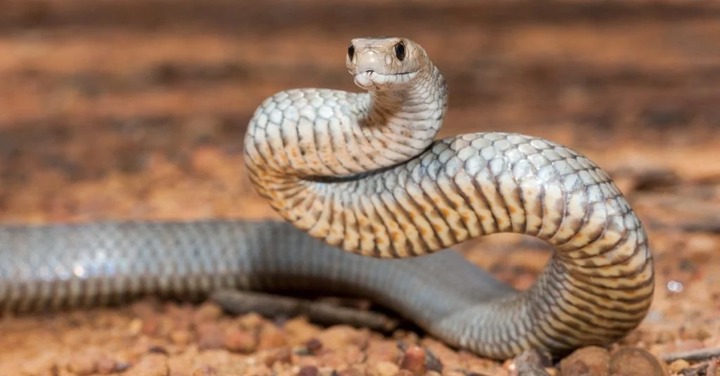 Dubois’s reef sea snake lives in coral reef flats in the Coral Sea, the Arafura Sea, the Timor Sea, and the Indian Ocean near Papua New Guinea, New Caledonia, and Australia. They give birth to live young. While they prefer a diet of seaweed and small fish less than 3.6 feet long, they will bite if provoked. This species is most active at dusk and dawn. It sometimes bites with little provocation, which makes this one of the deadliest snakes in the world. 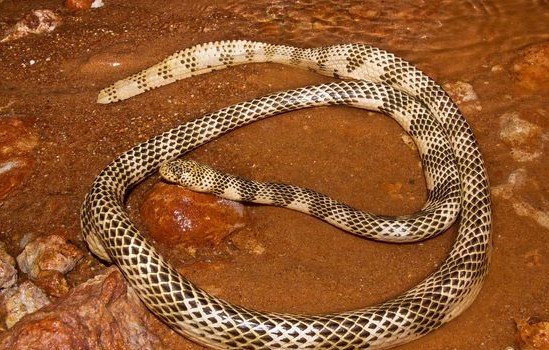 The inland taipan lives in deep cracking-clays and cracking-loams in remote areas of Western Australia. It usually corners its prey in its burrow or a hole in the ground before biting it several times in rapid succession. This snake prefers to dine on the Long-haired Rat Rattus villosissimus. It will breed more when the weather is rainy and less during times of drought. Despite this snake’s nickname of Fierce Snake, many handlers consider it a placid snake. 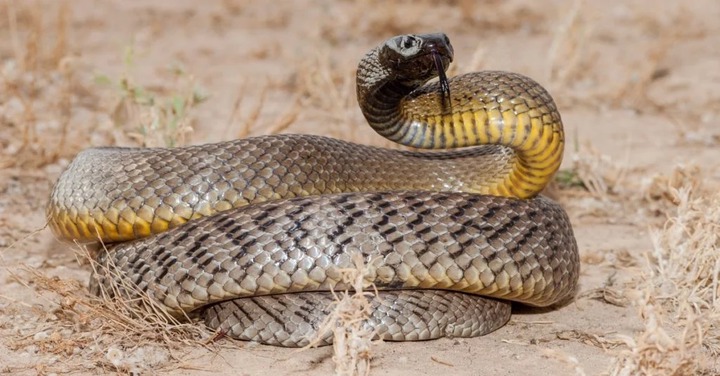 Russel’s viper kills more people in Sri Lanka, Burma, and India than any other snake. This snake is found in open grasslands across India, Sri Lanka, Bangladesh, Nepal, Myanmar, Thailand, Pakistan, Cambodia, Tibet, China, Taiwan, and Indonesia. It is the most poisonous snake to live on land in the world. When this snake feels threatened, it raises the first 33% of its body and makes one of the loudest hissing sounds in the snake kingdom. While most snakes bite and let go, this snake often holds on to its victim for several seconds. Females give birth to up to 20 snakelets that are between 8.5-and-10.2-inches long. This is one of the most dangerous snakes in the world because they prefer a diet of rodents, so they often live in civilized areas where mice and rats are found. 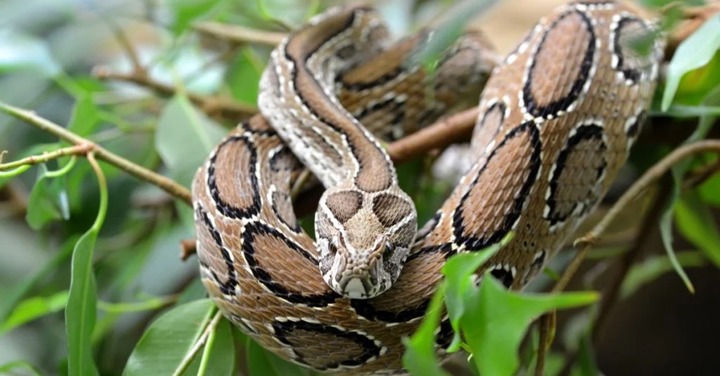 The most venomous snake in the world is the hooked-nose sea snake. This snake lives in the ocean off Australia, New Zealand, and Asia’s coastlines. It often gets tangled in fishing nets and bites unsuspecting anglers. It prefers to dine on sea catfishes, but it will also eat pufferfish. Most appear to be born in the muddy tidal waters of the Straits of Malacca, which is the main shipping channel from the Indian to the Pacific Oceans. They may live up to 12 months there before they move further out to sea.

These are the most dangerous snakes in the world. If you are going to do any traveling, investigate which deadliest snakes you may encounter. Then, be sure to watch for them as you move around. 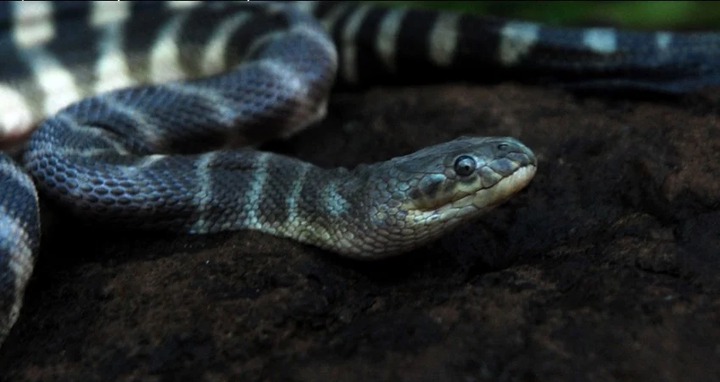 Symptoms Of The Omicron Variant