Shrikes are pretty birds, though not showy, with black and white pr brown and gray plumage. The scientific name for the genus the shrike belongs to is Lanius, which is Latin for “butcher.” Actually, this bird should be on the coolest birds of prey list, but it isn’t because it’s not a large bird, at between 7 and 10 inches long, and it doesn’t have talons.

So what does it do? It makes up for its size and lack of talons by impaling its prey on thorns, twigs, and even barbed wire and devouring it at its leisure. This is a smart move because some of the insects the bird eats are toxic and caching them this way allows the toxins to fade. The loggerhead shrike doesn’t wait to impale its dinner but just grabs it by the head and shakes it to death. Unfortunately, or fortunately, if you are an insect or small vertebrate, the loggerhead is becoming one of our uncommon birds due most likely to habitat loss and pollution. 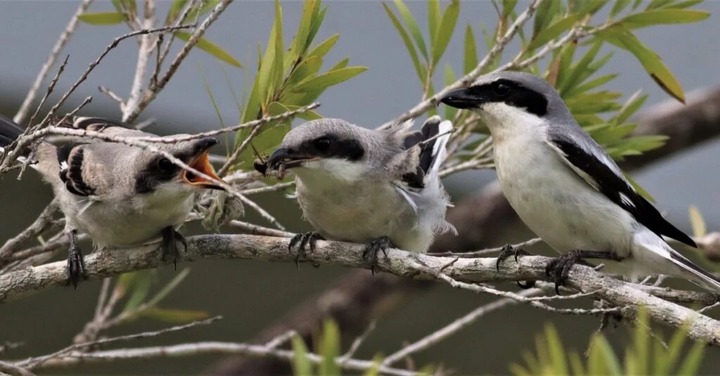 This South American bird enters the list of cool types of birds because of its ridiculously large, sunset-colored bill. This bill makes it a hit with both bird watchers and visitors to zoos. In contrast with that bill, the bird has a velvety black body with a white throat and chest. The bill can be as long as 9 inches on a bird that’s about 25.5 inches long.

For the longest time, scientists didn’t know why the toucan’s bill was as big as it was. Some assumed it was there to crack seeds or nuts, but it’s been discovered that the bill allows the bird to cool off in its tropical forest home. Whatever the bill is for, it makes the toucan very cool. 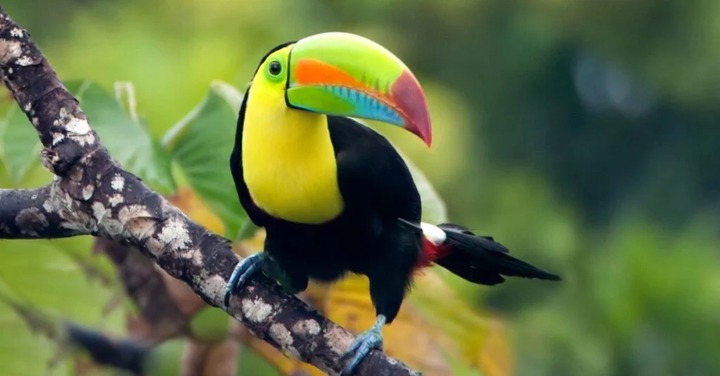 Though they are small and pretty birds, red-capped manakins found in the tropical forests of Central America south to Peru and Ecuador have delightfully strange and elaborate courtship rituals. These rituals make them one of the coolest as well as the weirdest birds. Specifically, the red-capped manakin does the moonwalk to attract a mate. Though the female is mostly olive green, the male’s head and nape are brilliant red. Its chin, thighs, and the lining of its wings are yellow. It has a stubby tail. When it courts a female it hops on a branch, flicks its wings, and moonwalks along the length of the branch. 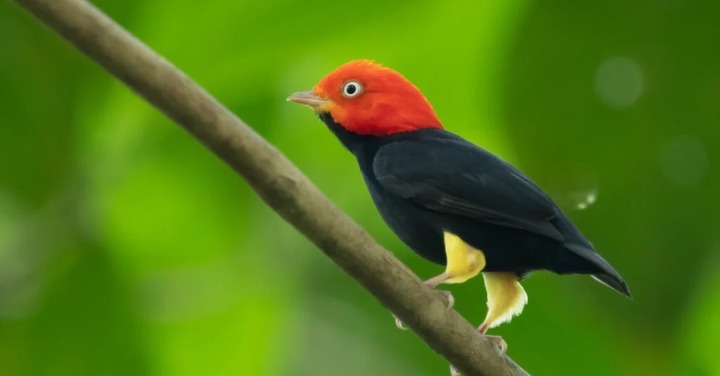 One of the weirdest birds in the world, the shoebill stork still ranks among the cool types of birds. Yes, it is ugly, with a bill that looks like a wooden Dutch clog, but this large bird is cool for a couple of reasons. It is unfailingly polite. If a person bows to it, it bows back. It also makes a sound like a machine gun firing, which is very cool. This shoebill stork, also called the whale head, can grow to be 5 feet tall and have an 8-foot wingspan. It lives in the papyrus swamps of east Africa. Another cool thing about the shoebill stork is that it eats lungfish, which are fish that can breathe air because they have lungs. 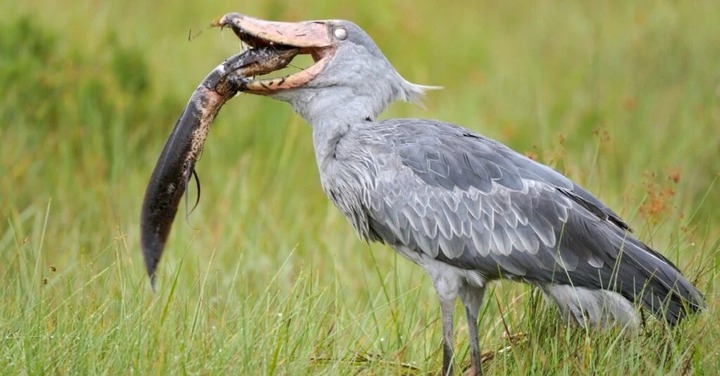 This Australian bird may not be the flashiest bird color-wise, as it is all shades of brown. What makes it one of the types of cool birds is the male’s long tail, shaped like the ancient Greek instrument that gives the bird its name, and its ability to mimic anything. This includes car engines, chainsaws, clocks, and other birds. Indeed, there’s a video of a lyrebird mimicking a kookaburra so perfectly that the kookaburra answers back. Of course, the lyrebird’s talent for mimicry is one way to attract females. Female lyrebirds are also fair mimics, but they’re nowhere near as good as the males. 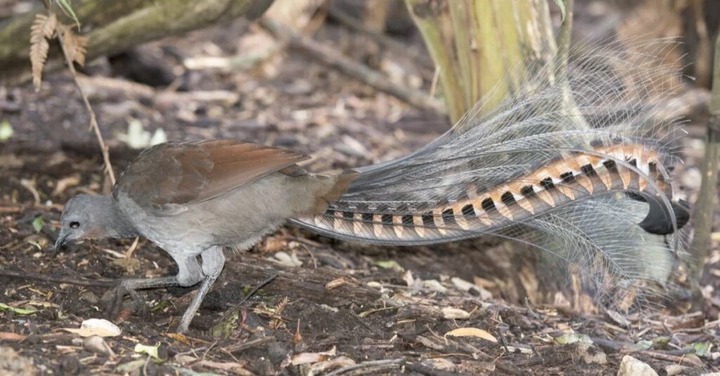 How can hummingbirds not be counted among the types of cool birds? They are small, and indeed the smallest bird in the world is the bee hummingbird at a little over 2 inches long. They range from merely pretty birds to breathtakingly beautiful birds with jewel-like plumage and long tails that end in feathery rackets. Some can flap their wings at 80 flaps a second and produce that distinctive humming sound that resembles a large, angry wasp. But it’s only the hummingbird!

The coolest thing about the hummingbird is their aerodynamics. They can hover, they can fly through rain, they can fly from side to side and backward. They can somersault and go straight up like a helicopter and spiral. The male Anna’s hummingbird does a courtship dive so vigorously that it creates 10g of force, and in some males, the long tails produce a trilling that announces their presence to potential mates and foes. Despite their crazy metabolisms, the highest of any warm-blooded animal, hummingbirds can live as long as 12 years. 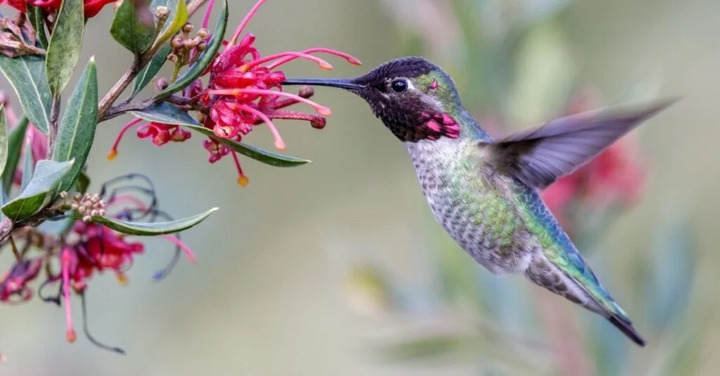 One of the coolest birds of prey, this falcon can achieve speeds of over 200 miles per hour as they dive-bomb toward prey, which is often smaller birds such as pigeons. This makes the peregrine the fastest animal on earth. It’s a bit larger than a crow at 13 to 23 inches long with a 29 to 47-inch wingspan, and females are bigger than males. There are 19 subspecies found all over the world save Antarctica.

The peregrine falcon is not above city living and builds its nest on the ledges of skyscrapers and bridge towers. It mates for life and enhances its coolness with acrobatic courtship rituals. Many peregrine families have their own webcams, which is incredibly cool. 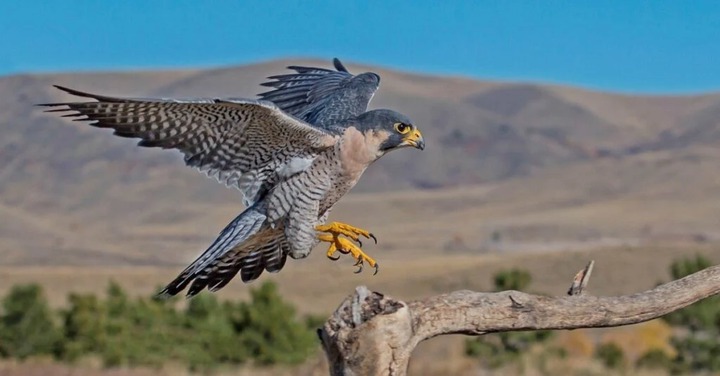 Parrots, parakeets, parrotlets, conures, lories, lorikeets, and cockatoos are cool for many reasons. One reason is their often flashy coloration. Some, like the rainbow lorikeet and the eastern rosella, both of Australia, look like an artist picked up a palette of paints and went a little crazy. Parrots are also cool because some can imitate human speech, and indeed, some biologists say that species like the African gray parrot can understand human speech. Some parrots can live a century or more. What other bird lives that long?

Special mention goes to the kakapo, for it is among the world’s most uncommon birds as well as the coolest. It is a ground-dwelling parrot found only in New Zealand. A large bird for a parrot, it decided long ago to give up flying because it had no predators. This was a cool move until humans arrived and brought non-native carnivores. 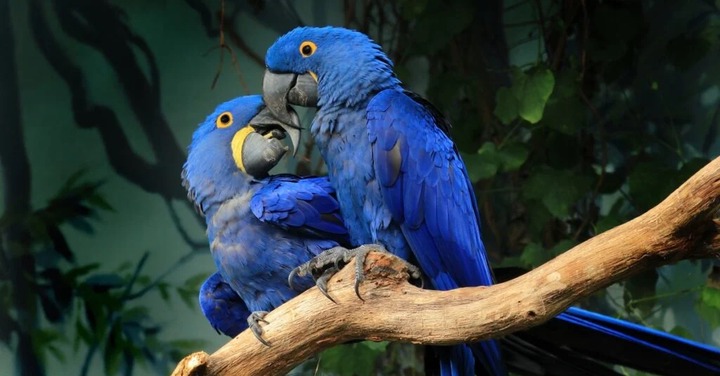 Found on the coasts and in shallow bodies of water in South America, Africa, Asia and southwest Europe, the flamingo is cool because it is one of our weirdest birds, and it is pink. Its weirdness and pinkness make it beloved. It has hotels and casinos named after it. Alice of Alice in Wonderland tried to play croquet with one. Its plastic effigies adorn the lawns of the tasteless. To eat, this 3-foot tall bird sticks its head in the water and sieves aquatic life through its boomerang-shaped bill, upside down. It feeds its young with milk and stands on one ridiculously long and thin leg to sleep. 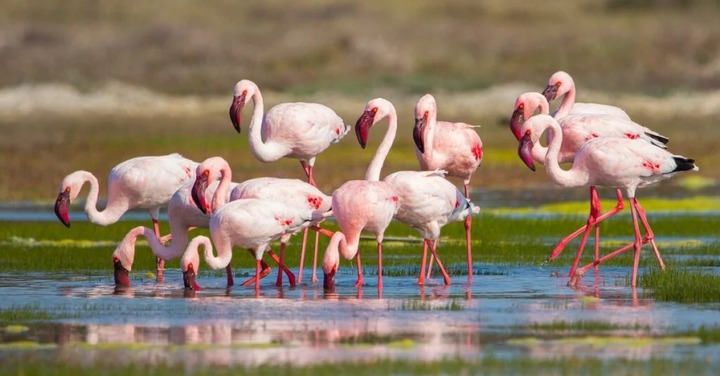 One of the most ostentatiously beautiful of beautiful birds, the peacock is the epitome of cool. When he opens his train and flashes those beautiful iridescent eyespots at a peahen he doesn’t care who else notices, not even a predator that would kill and eat him. He can even fly with those feathers trailing behind him like a banner. He perches on a tree branch and surveys his world like a king. And of course, he has that unmistakable scream. There are three species of the peacock, the green in southeast Asia, the Indian on the Indian subcontinent, and the Congo peacock, which is only found in the Congo Basin. The Indian peacock has a neck of deep, iridescent blue, the green peacock is mostly a glittery green while the Congo peacock has a bare neck and a tail with 14 black feathers. 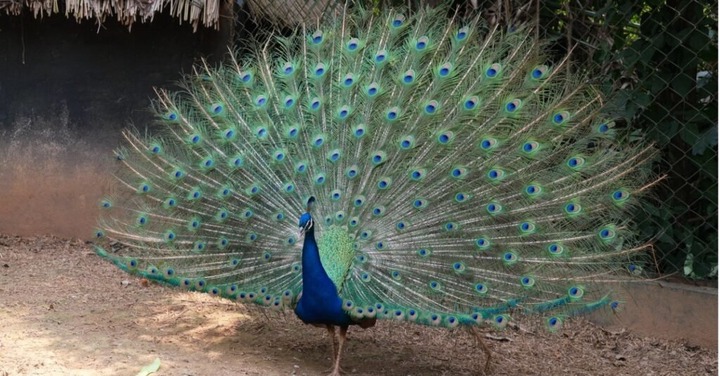 Look At This Covid Soup That Will Have You Laughing.

How To Have A Beautiful Body