10 Smallest Animals on the Planet 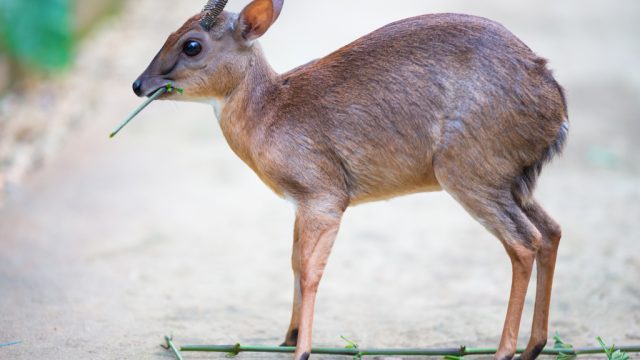 As popular culture reminds us time and again, the smaller the animal, the more likely we are to obsess over it on the internet, and subsequently attempt to scale its size by inserting it in small objects—like a teacup. It's almost as if we are programmed to protect and adore these small creatures—and perhaps create entire communities online to revel in said cuteness.

So, for your pleasure (and for our own, of course), we've scoured the globe to find the tiniest animals in the world. From the brightly colored Bee Hummingbird to the highly intelligent Royal Antelope, these are the smallest (though not necessarily the most cuddly) animals in the world 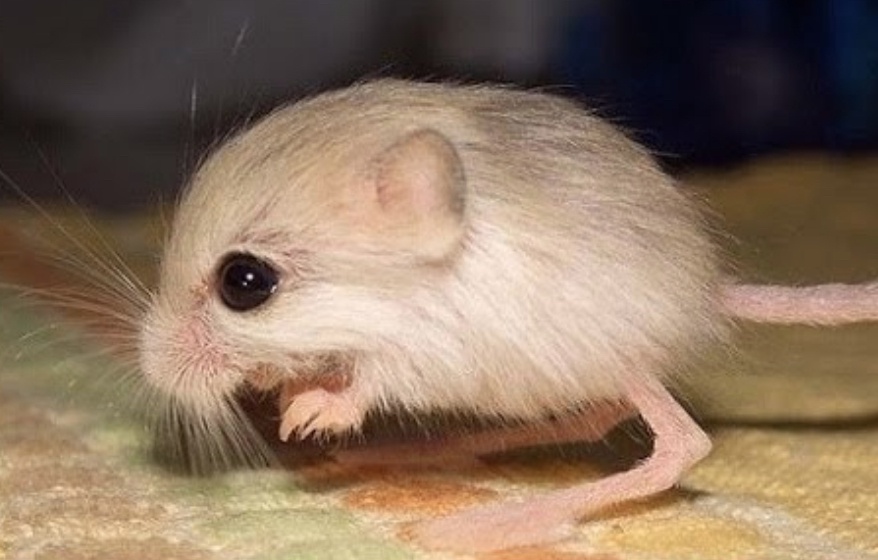 The adorable Baluchistan Pygmy Jerboa, or, as it's more commonly referred to, the Dwarf Three-Toed Jerboa, is one of the smallest rodents in the world. The little critters, who only grow to an average of 4.4 centimeters long, reside mostly in the harsh desert climate of Pakistan and Afghanistan. The Dwarf Three-Toed Jerboa survives by burrowing under small bushes and feeds on wind-blown seeds and succulent leaves. 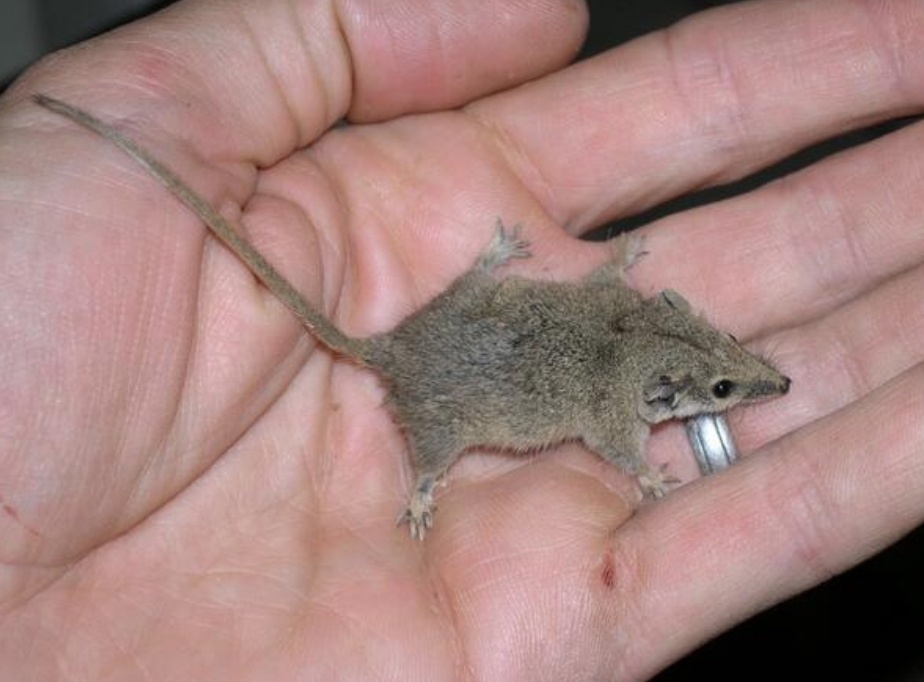 The Long-Tailed Planigale is the world's smallest marsupial, and one of the smallest mammals to ever exist, measuring only 3 to 4 millimeters from the top of its body to the bottom. In order to make the marsupial better adapted to life as a predator (and ultimately, as prey itself), its entire body appears to be flat, including its skull, which is one-fifth as deep as it is wide. These features allow the Long-Tailed Planigale to sneak into the tiniest of soil cracks to find their prey. With that said, the tiny mammal thrives in northern Australia, where the cracked soil is plentiful (and so are its prey—insects, larvae, and even young mammals rivaling their own size). 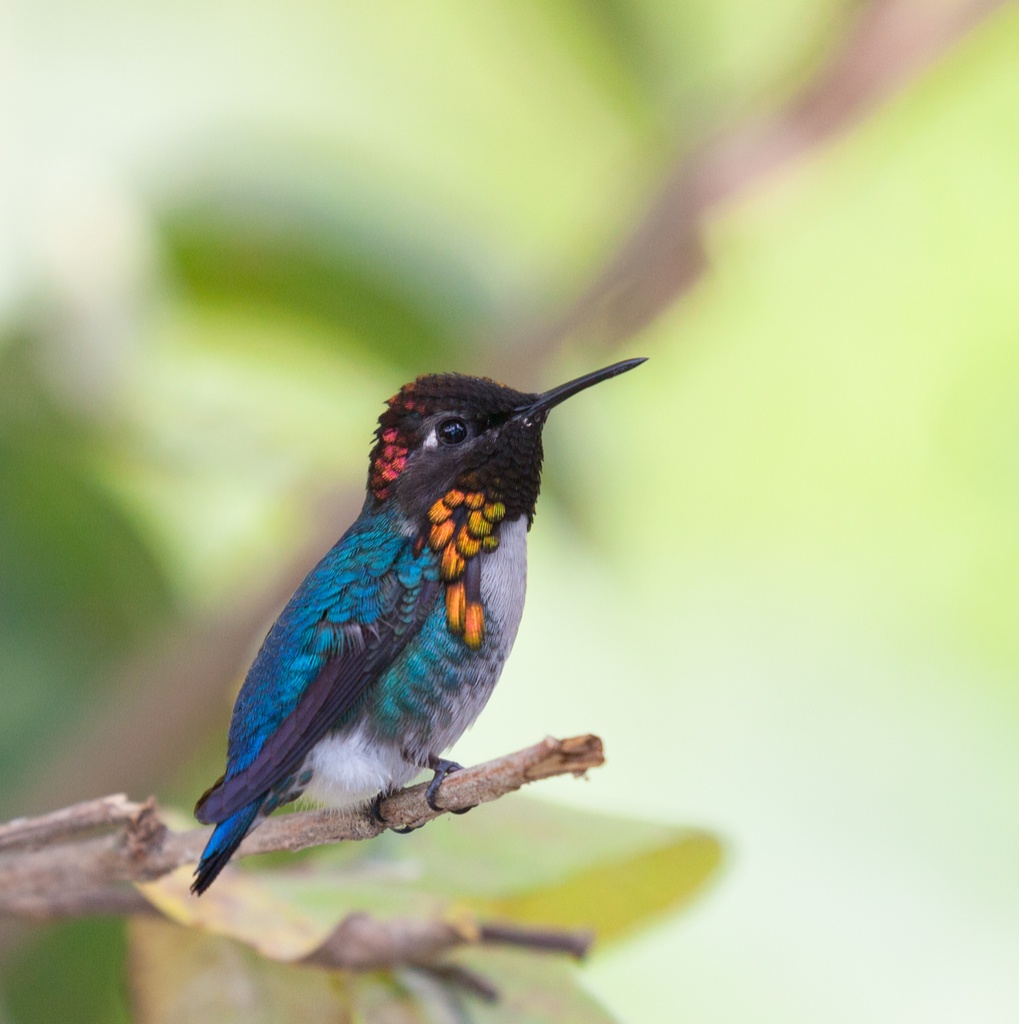 This bird, endemic to Cuba and the Isle of Youth, is the smallest (and without a doubt, cutest) species. Bee Hummingbird only weigh around 2.6 grams and are about 6.1 inches in length, with females actually growing to be larger than their male counterparts. What makes this bird so incredibly adorable and recognizable (and photogenic) are the shocks of bright blue, red, and orange across its body. 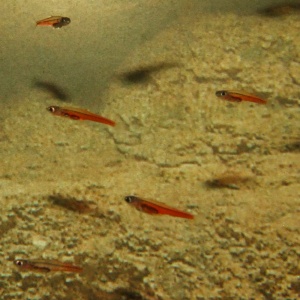 This genus of tiny cyprinid fish is the smallest of its kind, with an average adult able to fit squarely on the end of a fingertip. Paedocypris can be found in swamps and streams on the Southeast Asian islands of Borneo, Sumatra, and Bintan, and are unique in that they can only survive in acidic water. Though, unfortunately for these small fish, these acidic swamps and streams in Southeast Asia are quickly evaporating, leaving them without a home. Scientists estimate that this genus of cyprinid fish may be extinct by 2040 if nothing is done about the evaporation of their natural habitat.

The vaquita is a species of dolphin nearly on the brink of extinction, with only 12 reported to be living in the Gulf of California, as of March 2018, according to the World Wildlife Fund. It's another instance where females, with an average length of 55.4 inches, are the larger of the sexes. Scientists believe that one of the contributing factors to their near-extinction is the fact that these dolphins are the least social of their species, meaning that their calls for help are ignored when they (quite often) find themselves in life or death situations, like getting caught in gillnets set by fishermen meant for catching other fish. Currently, if no measures are made to protect this critically endangered species, they will most likely be extinct by the end of 2018. 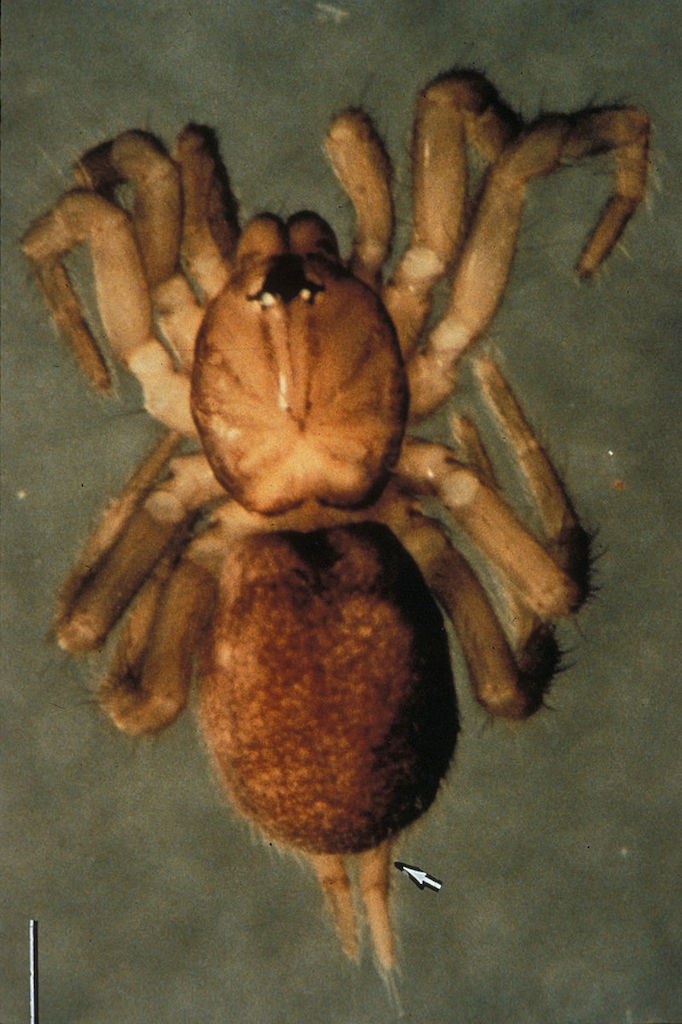 The Spruce-fir Moss Spider is yet another tiny species on the brink of extinction. Dwelling mainly in the American Appalachian Mountains, these spiders are among the smallest in its kind, measuring only to be three to four millimeters in size. The spiders can range in color from light brown to a darker reddish brown and possess no markings on their abdomen. Since 1995, the Spruce-fir Moss Spider has appeared on the Endangered Species List due to the widespread death of Fraser Fir trees, that have resulted in a thinning of the forest canopies, and also ultimately a shortage of moss mats that are critical to the spider's survival. Within the past few years, efforts have been made to create captive breeding programs for these spiders, in order to secure their future survival. 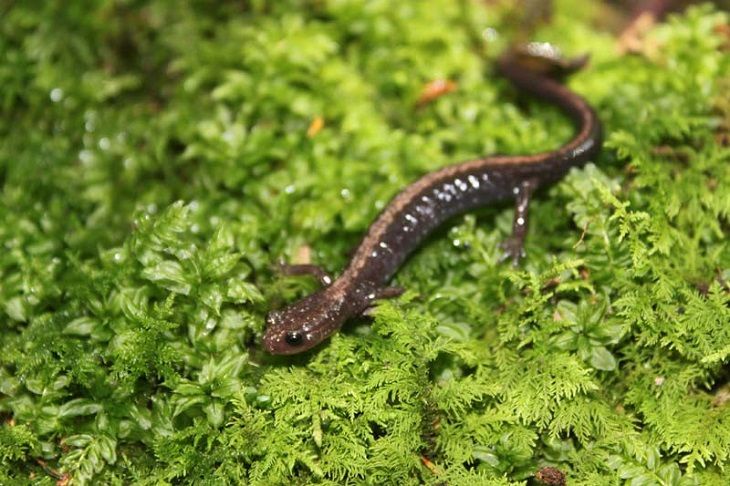 These tiny salamanders have been slithering across the matted greens of forest floors in Sierra de Juarez, Oaxaca, Mexico, for centuries. But, due to recent logging and agriculture practices, their numbers have begun to decline. The long, skinny bodies of this salamander typically only measure up to 16.1 to 18.4 millimeters in length and are easily distinguishable by their big, bug-like eyes. 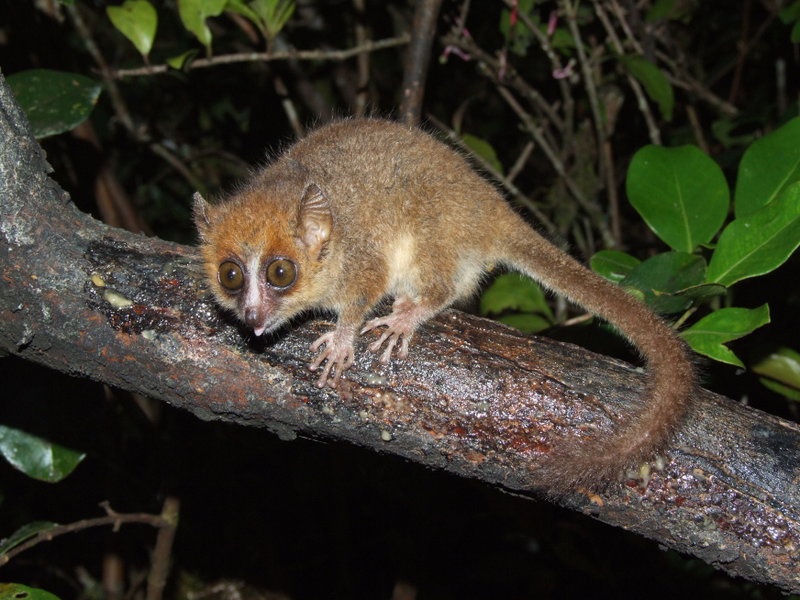 The Pygmy Mouse Lemur, which you may also know as the Peters' mouse lemur or dormouse lemur, is a primate and second-smallest species of the mouse lemurs, weighing in at only 43 to 55 grams as adults. Due to its small size and nocturnal nature, they were only recently discovered in western Madagascar in 1993. They often live in packs of up to 15, with the females being the more dominant of the sexes. While the lemur isn't included on the Endangered Species List, it is considered vulnerable due to the dangers its sleeping patterns create (Pygmy Mouse Lemurs sleep during the day and in the open) that make it easy for predators to catch them off-guard. 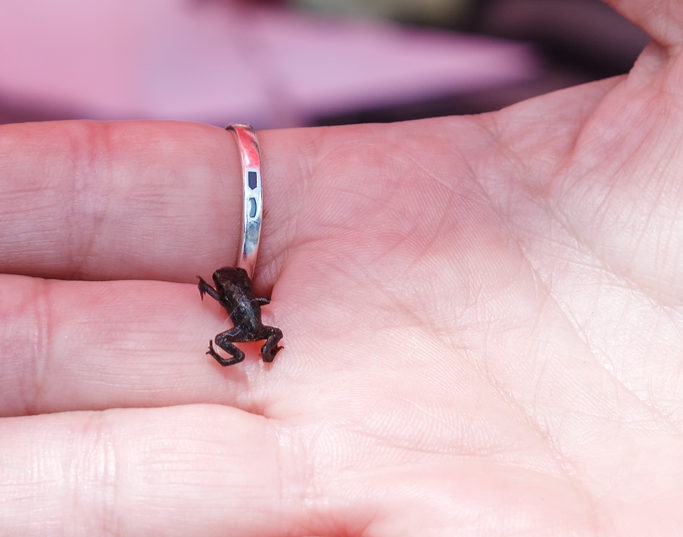 As you can tell from the picture above, this smallest species of frog and vertebrate is incredibly easy to miss. The Paedophryne Amauensis Frog, coming in at a mere 7.7 millimeters in length and was only recently discovered in 2009 by an American scientist sifting through dirt in Papua New Guinea. Because they are known to camouflage themselves in leaf litter on the floors of tropical forests, these frogs can be incredibly hard to detect, and much is still not known about their living patterns and eating habits. 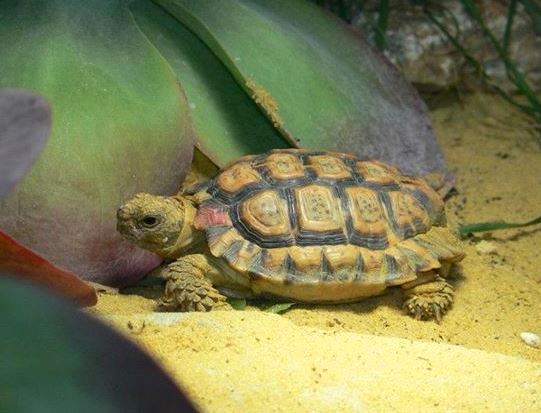 The Speckled Padloper Tortoise, or Homopus Signatus, is the smallest species of tortoise in the world and is naturally restricted to a small area in Little Namaqualand, an arid region in western South Africa. The turtles live amongst the rocky outcrops of the area and feed on tiny succulents. The courtship between the males and females is initiated with a simple head nod, and then mating can begin. Despite efforts to keep the Speckled Padloper Tortoise off the Endangered Species List, these creatures still remain vulnerable due to heavy poaching and traffic along the area that they inhabit.