Top 10 Animals That Have Shells

Sea urchins (Echonoidea) are sea animals that live in tidal areas and the deep ocean. They have a distinctive round shape surrounded by a spiked shell. Sea urchins use their small pod feet to travel.

The shells of these unusual animals are dark with flecks of red, purple, and green, and their bodies are a deep orange color. The sharp spines of a sea urchin are a deterrent to most predators. However, they are a delicacy in Asian and other cuisines. 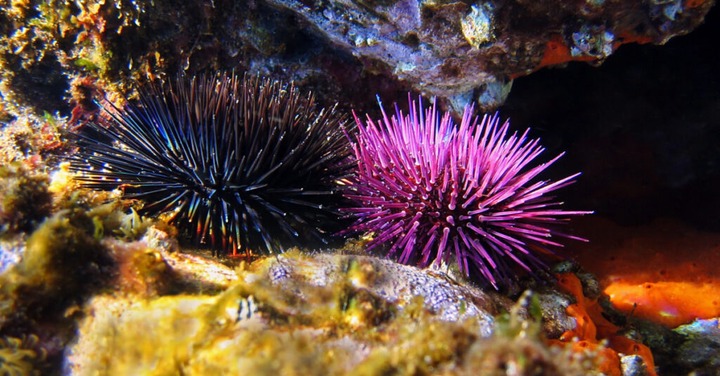 Like its fellow insect the mosquito, this tiny parasite is a dangerous bloodsucker. Wood ticks carry diseases and are prevalent in woods and fields all over the world. Any wooded or grassy area where mammals live is sure to have plenty of ticks.

Ticks live on the blood of live mammals, which they get by attaching themselves to the skin of warm, fur-bearing animals, including humans. If you’ve ever tried to dislodge a tick from yourself or a pet, you know how hard their shell is. Often, you can’t even kill a tick by stepping on it.

The best way to remove a tick is to pull it out with fine-tipped or narrow-tipped tweezers. Place the tick in a jar with alcohol, or flush it down the toilet. 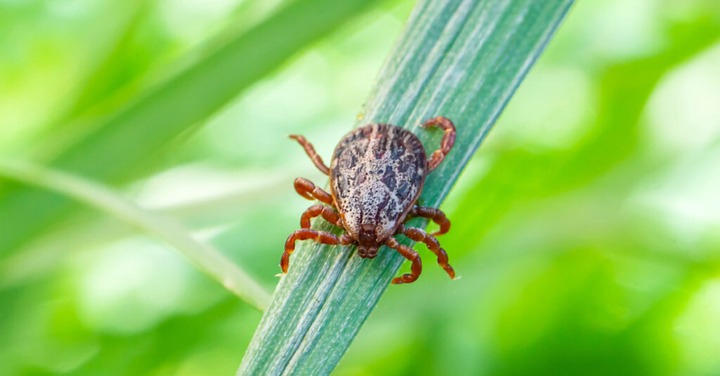 The name should be your first clue that this insect has an extremely tough outer shell. The ironclad beetle (Zoperus haldemani) is native to the southwest U.S. and Mexico. Because it mostly lives in the desert, it needs that hard shell to help it retain water.

This attractive beetle is about an inch long. It has a white body with black speckles and thick black legs.

Ironclad beetles are nocturnal. They feed on fungi and lichens that they find on trees and shrubs. When threatened, they can tuck in their antennae and play dead. They can remain in that position for days if necessary.

How tough is this bug? Scientists say you can’t kill one by stepping on it. It also takes longer to die from insecticides than any other insect. 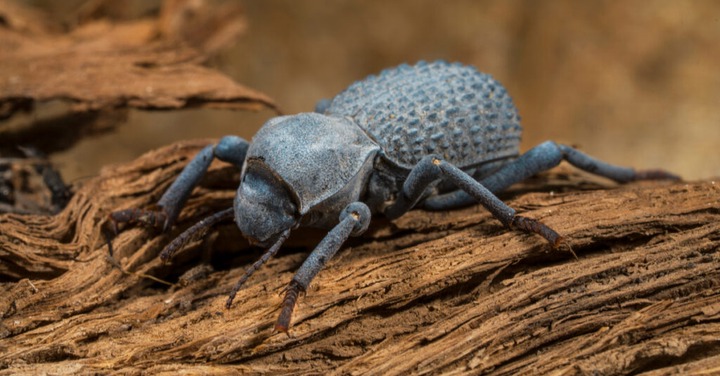 King crabs (Paralithodes californiensis) thrive in the rough, cold waters of the North Atlantic. These are among the most popular crab species caught for food. Their huge size and sweet-tasting, tender meat have made them a prized ingredient.

There are more than 120 species of king crab, but red king crabs are the most popular targets for food and fishing. With an average leg span of 6 feet and an average weight of 12 pounds, these sought-after crabs live mostly in the Bering Sea. Red king crabs make up more than 90% of commercial king crab catches. 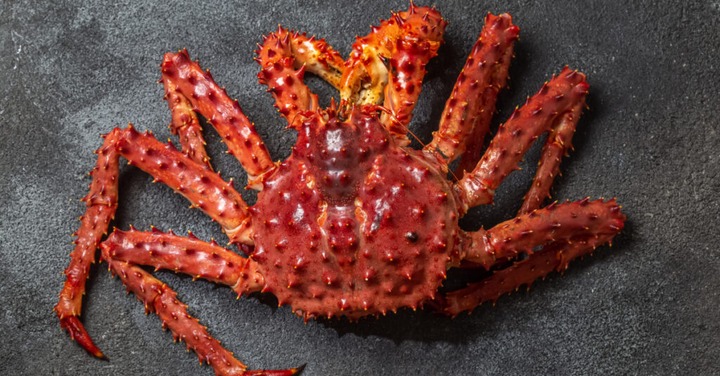 This odd-looking member of the boxfish family features a bright yellow body and long horns that protrude from its head.

The cowfish has a boxy body that’s completely covered by a hard, bony shell. Its tail and fins stick out from the shell or box.

The longhorn cowfish (Lactoria cornuta) lives in the warmest regions of the Red Sea, Pacific Ocean, and the Indian Ocean. Like its fellow boxfish, it can secrete a toxin that keeps predators away. 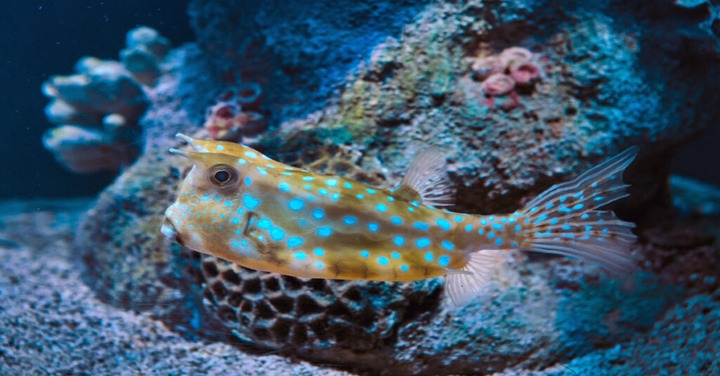 Considered a living fossil because it has been around for centuries, the chambered nautilus (Nautilus pompilius) is known for its gorgeous, intricate shell that can range in color from white to deep pink. Unfortunately, that beautiful shell has also made it a target of commercial operations who sell the shells to collectors.

The nautilus is an aquatic cephalopod that mostly lives in the Pacific Ocean and coastal areas of the Indian Ocean. These animals can live up to 20 years in the wild, but they reach maturity at a late age of 10 to 15.

The chambered nautilus is endangered in its entire range and is protected under most laws. The primary threat to these animals is the market in their shells, but they have also been harmed by habitat destruction, slow reproduction, and overfishing.

You can see these shelled beauties at the Birch Aquarium in San Diego, the Monterey Bay Aquarium, or the Waikiki Aquarium in Hawaii. 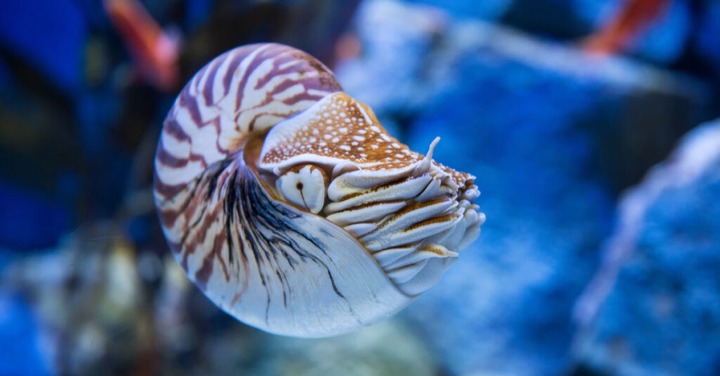 The pond slider (Trachemys scripta) is a medium-sized land turtle that lives in most of North America. The slider’s preferred habitats are lakes, ponds, swamps, and slow rivers.

Many people picture the pond slider when they think of a classic turtle. In fact, the pond slider is one of the most popular pet turtle breeds. Pond sliders don’t do well in captivity, however, and most pets end up back in the wild after people get tired of them.

This turtle has a round shell with bright yellow and green markings. With age, the turtle’s shell gets darker, and some older pond sliders can look almost black. In the wild, they can live up to 30 years.

Pond sliders live on a mixed diet that includes snails, tadpoles, crawfish, and worms. They also feed on water lilies, duckweed, and algae. You can see pond sliders in most U.S. state parks. Although they have suffered from habitat destruction, former pets have created new pond slider nesting sites. 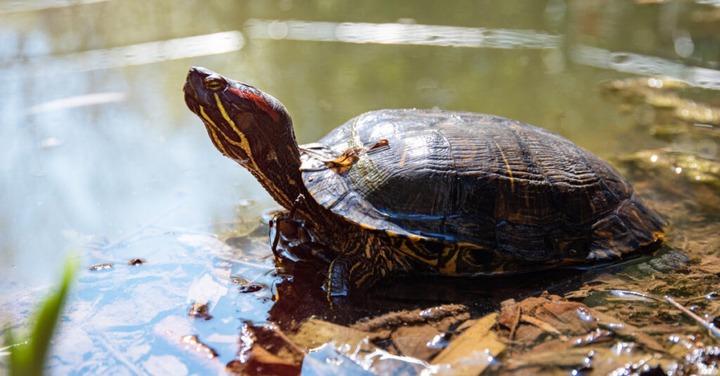 This snail (Helix pomatia) is distinctive for its elegant, rounded shell. Although it is native to Europe, the Roman snail is adaptable to many different climates, and it now lives all over the world.

Also called the Burgundy snail or the edible snail, it is the type normally used to create escargot. Like other garden snails, the Roman snail uses its lungs to breathe. Sea snails use gills or a combination of lungs and gills.

The Roman snail has two pairs of tentacles on its head. It uses the top tentacles to see and the bottom ones as small sensors. 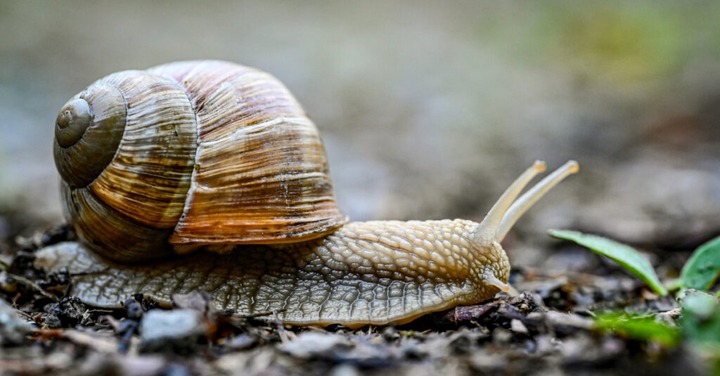 The armadillo (Dasipodidae) is the only mammal that has a shell. This unusual beast is native to the American southwest and Mexico. Its name comes from the Spanish word for “small armored one,” which is a good name for these well-protected creatures.

If you’ve ever watched nature shows, you may have seen a threatened armadillo roll itself into a ball of protective armor. In fact, only the three-banded armadillo can do this. The nine-banded armadillo must either fight or dig its way to safety underground.

The nine-banded armadillo is the state mammal of Texas. You can see these little tanks at the Fort Worth Zoo and the Dallas Zoo. The Bristol Zoo in the United Kingdom. has six-banded armadillos. 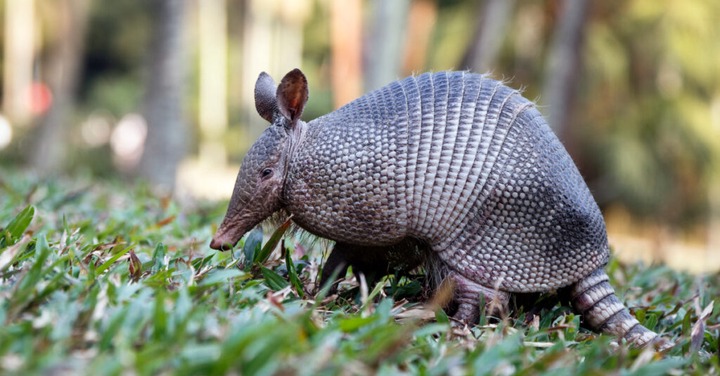 One of the rarest tortoises in the world, the radiated tortoise is known for its domed, strikingly beautiful shell. Its brilliant yellow markings form a sharp pattern on the dark background. As the tortoise grows older, the vivid colors get paler but never lose their unique pattern.

The radiated tortoise is native to Madagascar, but it has been introduced to the islands of Mauritius and Reunion. It lives in woodlands and dry forests.

The radiated tortoise mostly eats grass, leaves, flowers, and fruit. During the dry season, it subsists on dried leaves.

These tortoises are known for their “rain dance,” when they shake themselves to get wetness and debris off their shells. They can live 40 to 100 years in the wild, and one tortoise in captivity lived to 188.

Like many tortoises, radiated tortoises are critically endangered because of habitat loss, hunting, and the illegal pet trade.

The radiated tortoise is considered a flagship or keystone species, which means conservation of the species benefits many other species. Radiated tortoises are protected in Madagascar and under international law.

You can see these rare, beautiful tortoises at the National Zoo in Washington, D.C., Zoo Knoxville, and other zoos. Zoo Atlanta works with the Turtle Survival Alliance to return poached, rescued tortoises to the wild. The Turtle Conservation Area at the Saint Louis Zoo is home to over 9,000 rescued radiated tortoises. 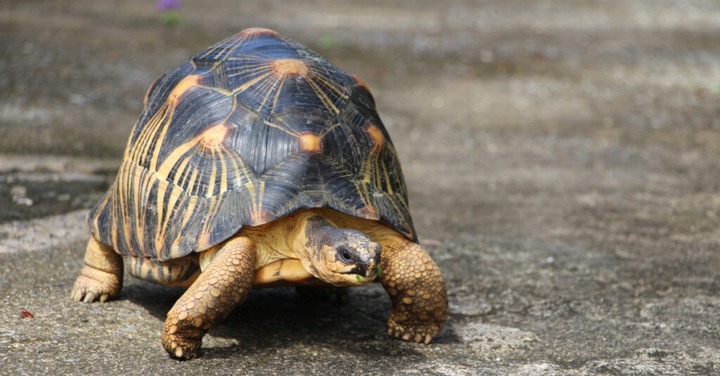 Cleanse Your Kidney Almost Instantly With This Natural Drink

“Amazing” Cucumber Benefits For Your Skin, Hair and overall Health