By Nkunkza (self meida writer) | 1 months 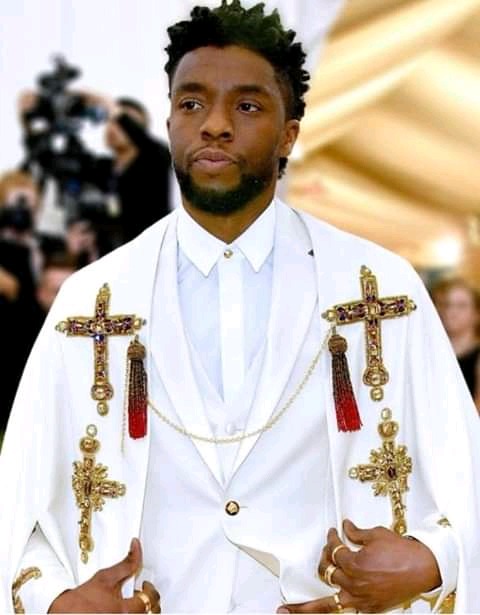 For as long as many people can remember we have always had comic superheroes. There have been many superheroes but never one from Africa.

That was until Black Panther hit the big screens. It was the first and only of its kind. Chadwick Bossman played these role of Tachala who was a king and a superhero.

To say that the movie was well received would be an understatement, the movie did exceptionally well all over the world. Both young and old fell in love with the Black Panther superhero.

This was only the beginning of great things for Chadwick who gave it his best all the time. Last year the whole world was left shattered when we learned that he has passed on.

His death came as a huge shock as no one had any idea that he was battling with cancer. Despite being diagnosed with a terminal illness he still went out to do a series of movies. 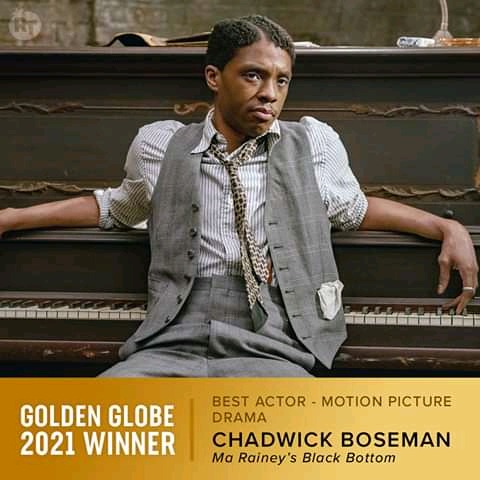 The movies in which he gave it his all whilst he was battling cancer on his own. Outside his close friends and family, he didn't reveal his diagnosis to anyone.

So when he died, a lot of people got a shock of their lives. It seems like he had been battling cancer for a few years and sadly he couldn't win the fight against it.

During his time he was a great actor who had an incredible work ethic. The fact that he went on to work long hours acting different roles in different productions shows his resilience for living.

For as long as Hollywood existed, there has always been awards for the people in the entertainment industry. There's different awards for different categories.

Competition is very tough so everyone has to work extra hard to get an award especially when you're an actor or singer. Every award is different but the win is the same. 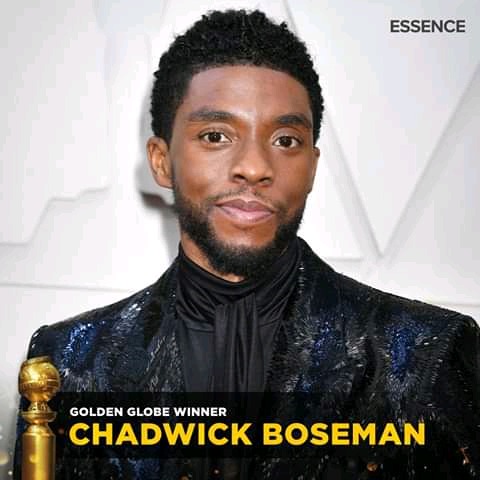 I can say that death has never stopped anyone to get the recognition they needed in the entertainment industry. Your work speaks for yourself wether you're alive or not.

I can say that a lot of people are always hoping to win when they get nominated. Chadwick has bagged one of the most prestigious awards in the entertainment industry.

It has been announced that Chadwick Bossman has won the Golden Globe Award for Best Male actor for his role on Ma Reiney's Black Bottom.

This is said to be the last movie he did, a movie that he gave his best despite being seriously ill with cancer. This award is well deserved. Viola Davis was one of the first people to congratulate him on her Facebook page. 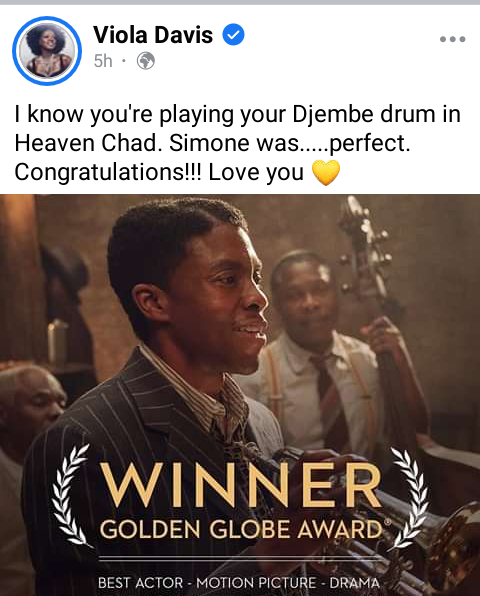