Rapper DaBaby kicks out the mother of his three-month-old baby, airs drama on IG Live

By Ndumiee (self media writer) | 17 days ago

The rapper called the police on DaniLeigh and she was charged with simple assault. A video streamed on Instagram showed the rapper kicking her out while she breastfed their baby 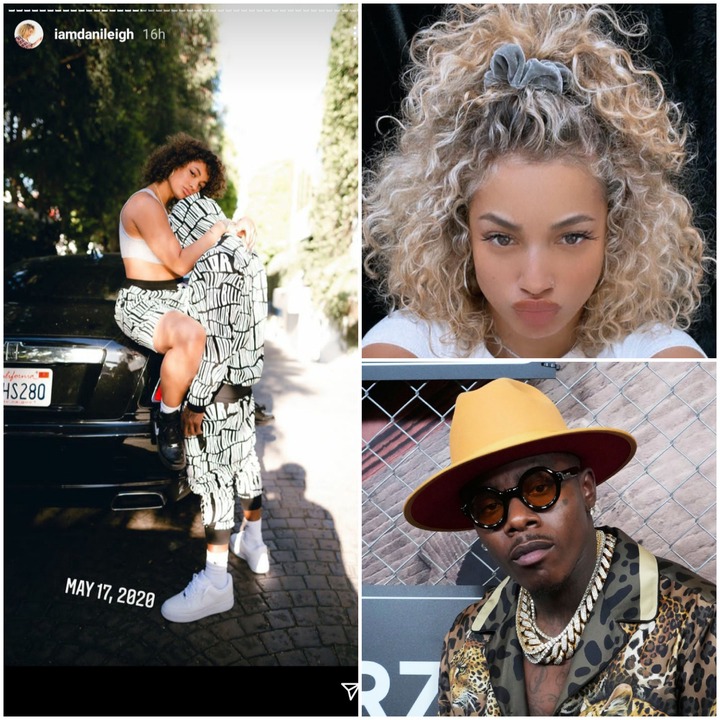 He called the police on her on the 14th of November midnight to report the incident of assault and he was referred to the Magistrate office to pursue charges again Danielle Curiel. On the 15th of November, officers were called yet again at the same place where Dababy alleged to have been assaulted again. 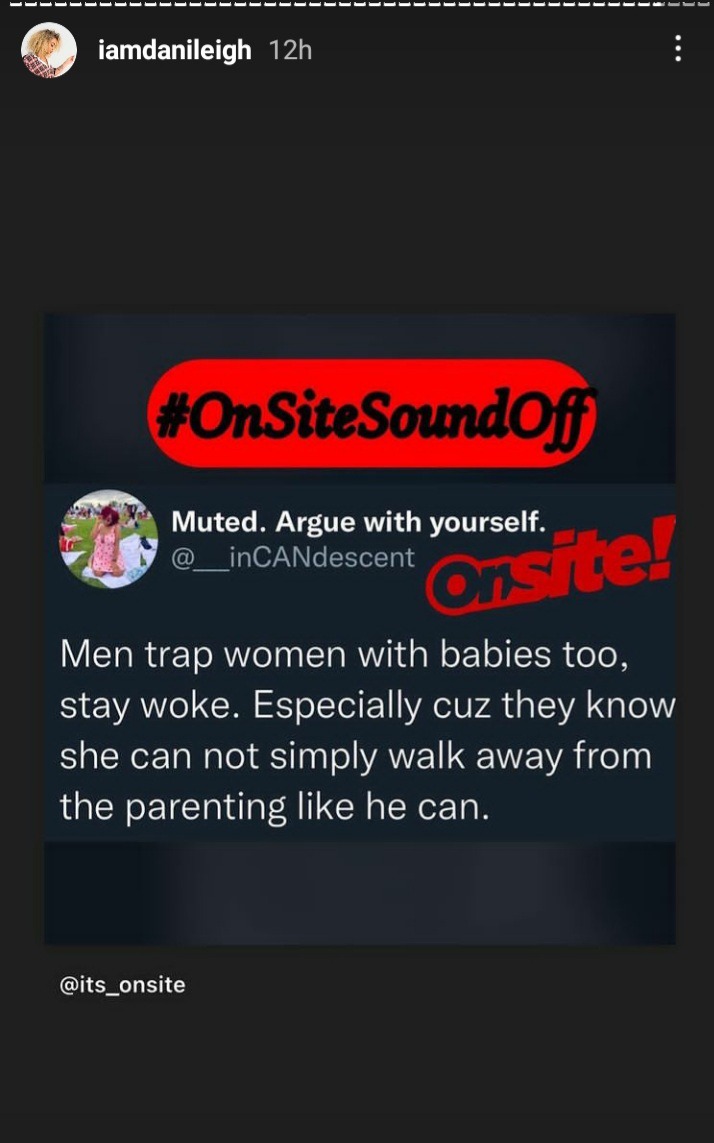 Dani and Dababy have been trending on Twitter as their behaviour gets people to talking, having think pieces of every different kind as a response to their "toxicity". The prominent message being about "choosing" the right kind of person to have children with. The other? That creating false intimacy with someone and then trying to take it all away without a second thought is reckless. They're not incorrect. 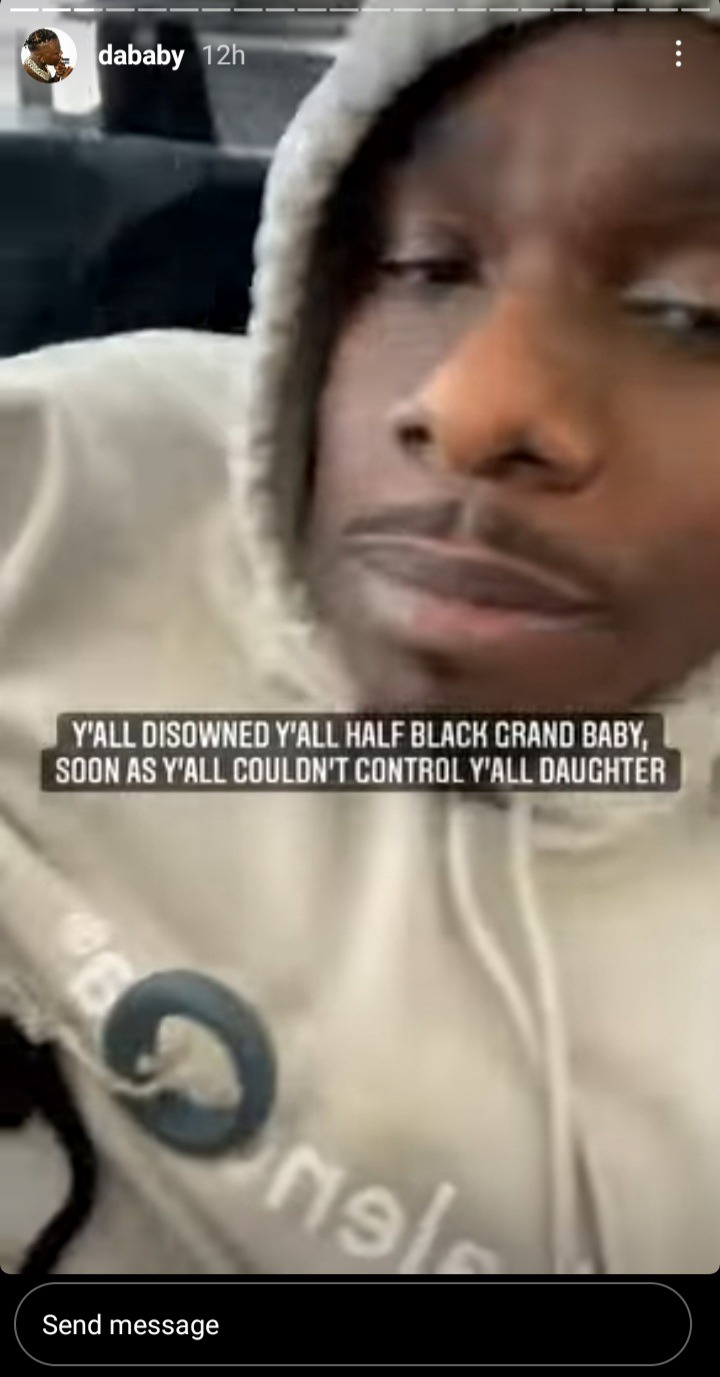 Dababy tried to distance himself with posts about taking care of the children. He took to his Instagram stories, posting videos of himself and their daughter. He alleges in the video that his "half black" daughter was "disowned" because Danileigh's parents couldn't "control [their] daughter". He proceeded to repost screenshots of fans supporting him and his new music video that unironically starts with a clip of a pregnant woman. 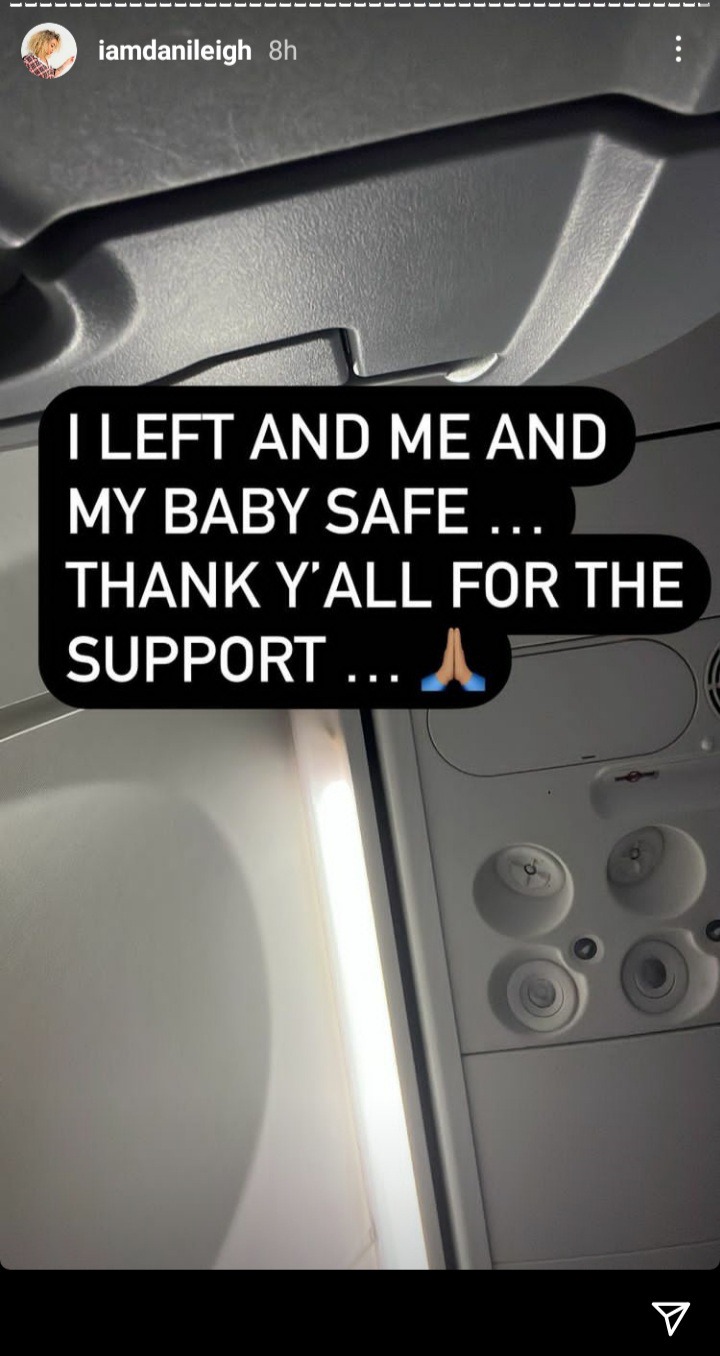 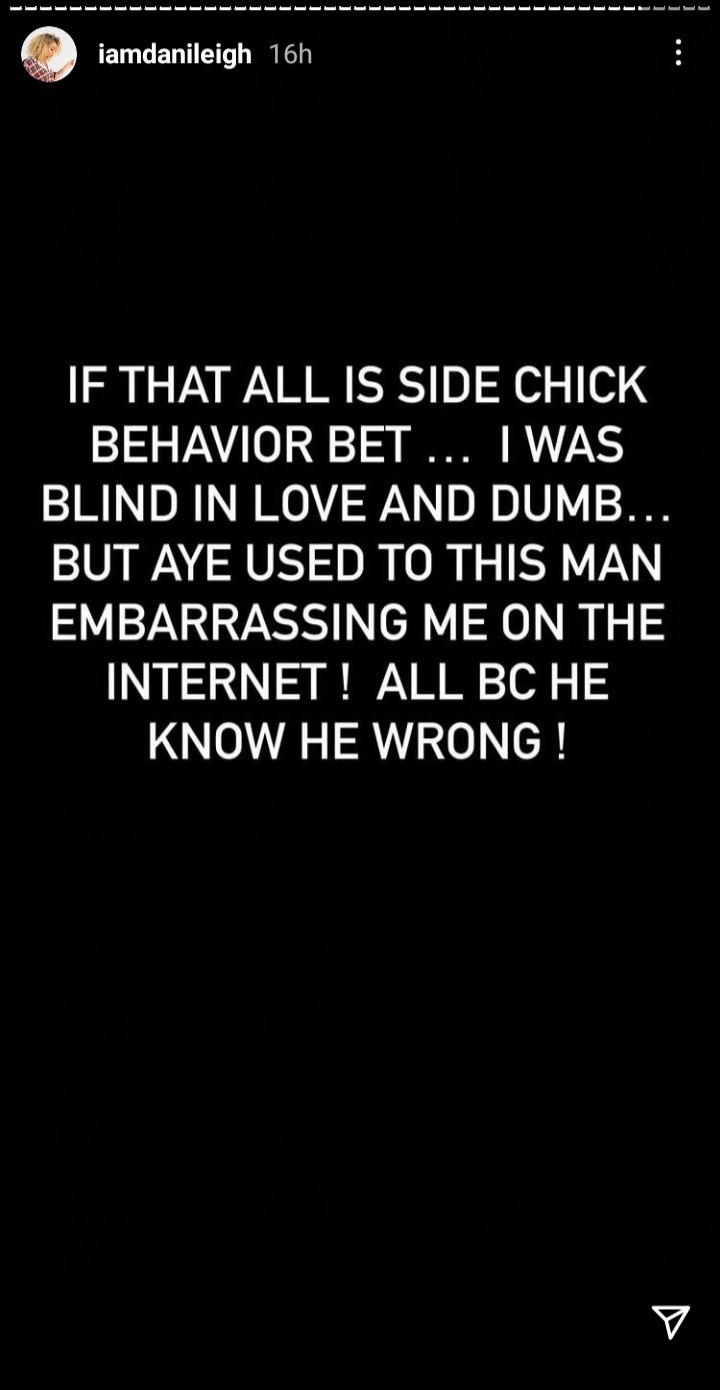 Danileigh has not stoppped posting pictures nd videos of herself and Dababy, defending their relationship and providing more ammunition for people shoot her with. She seems to understand clearly what is happening but it still fighting for recognition for a man who kicked her out on IG live. She alleged the fighting started after she had plan B pills delivered to the house 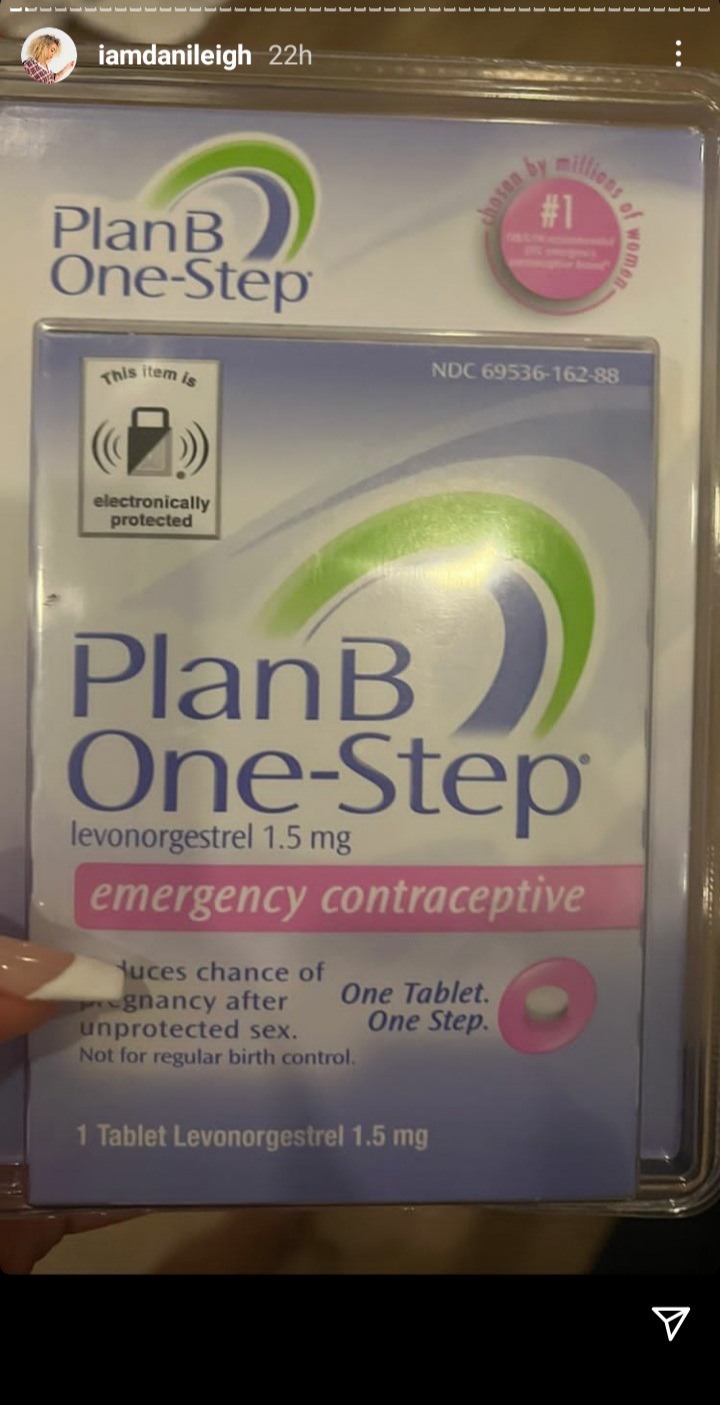 She acknowledged that perhaps her behaviour was off but she was "blind in love and dumb". She closed off her rant with an assurance that she and her daughter were safe, thanking everyone for their support. 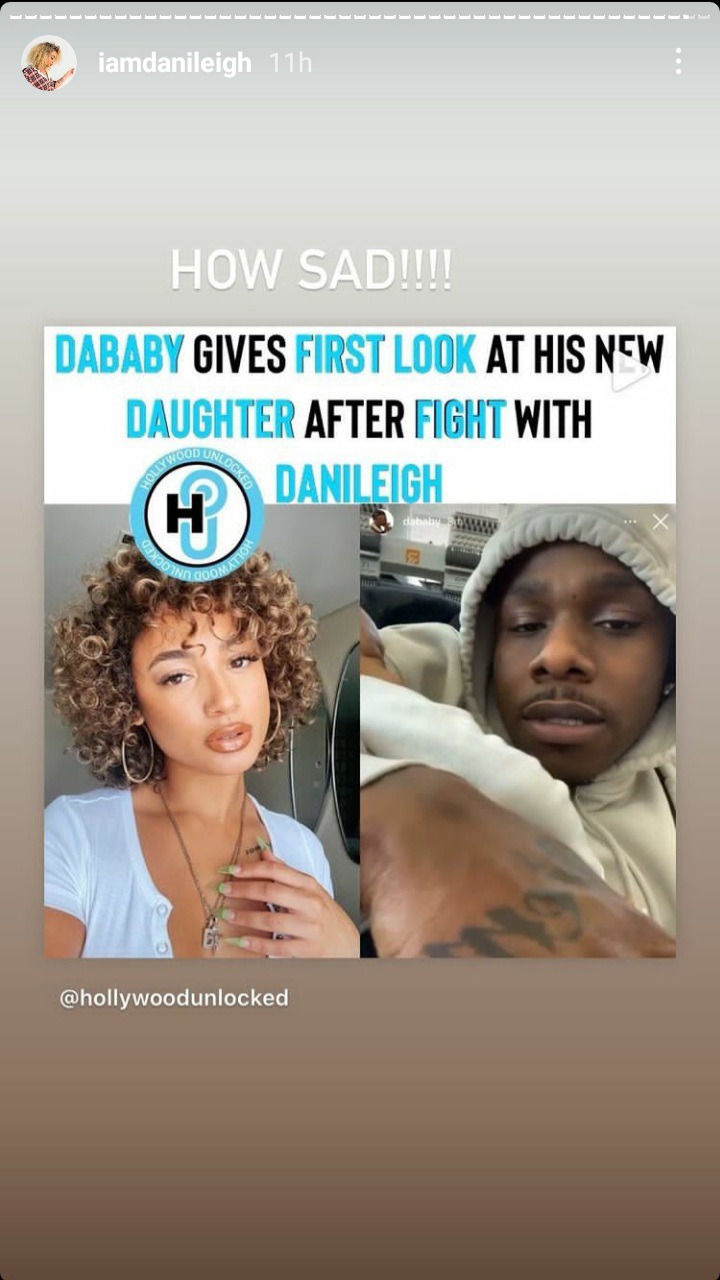 It is unclear how things will roll out. But I'm hoping both of them will get their act together for the sake of their daughter. I don't think they belong together but that baby needs them both to at some point, be civil with one another, tonnotbbe weaponized in their fighting.

What do you think of this whole situation?