By josethewriter (self media writer) | 19 days ago 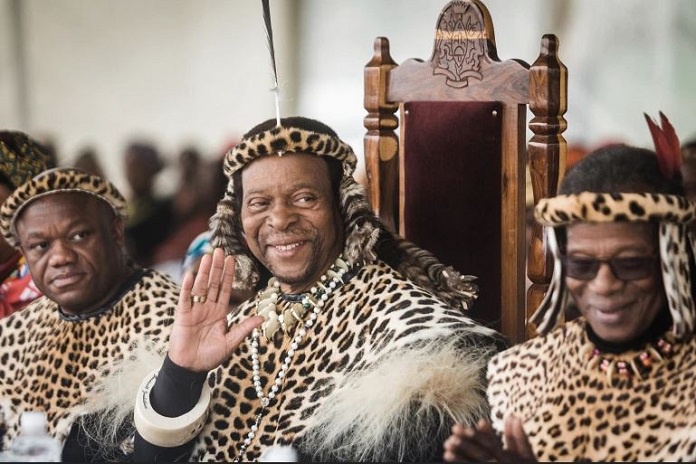 The late King Goodwill Zwelithini's sons and daughters are among the most sought-after names among the Zulu people, South Africa's most powerful tribe. This is because, over the years, a number of people have been curious about who might succeed the King once he passed away. Before his untimely demise, King Goodwill Zwelithini of the Zulu country was married to various females and had many offspring with them. He was married to six different women and fathered 28 children in reality. Unfortunately, several of the children have passed away.

For the record, King Goodwill Zwelithini governed the Zulu country from 1968 until his death on March 12, 2021. After his father, King Cyprian Bhekuzulu, died in 1968, he came to the throne, however his coronation did not take place until 1971. After marrying his first wife, Goodwill Zwelithini was installed as the eighth monarch of the Zulu people on December 3, 1971. The big event was held in Nongoma, a popular town in Zululand, KwaZulu-Natal, and the seat of the Nongoma Local Municipality, during a traditional ceremony. The historic event drew 20,000 spectators.

During his long tenure as Zulu King, King Goodwill Zwelithini married six times. Sibongile Winifred Dlamini was his first wife, whom he married on December 27, 1969, just before his coronation. He and his wife had a total of five children together. He married his second wife, Buhle KaMathe, in 1974, and they had eight children together. In 1977, the King married Mantfombi Dlamini, his third wife. The couple had eight children as a result of their union.

Thandekile “Thandi” Jane Ndlovu, King Goodwill Zwelithini's fourth wife, was married to him in 1988. Three children were born as a result of this union. In 1992, the illustrious monarch married Nompumelelo Mchiza, his fifth wife, with whom he had three children. The King married Zola Zelusiwe Mafu, his most recent wife, in 2014. As a couple, they have one child. 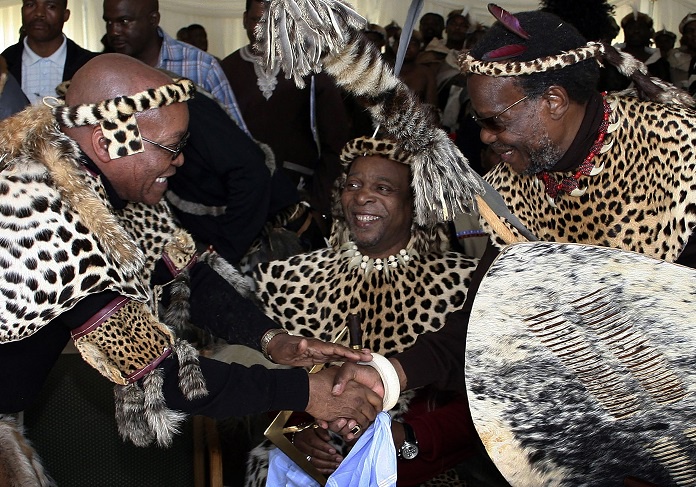 Altogether, King Goodwill Zwelithini produced 28 children with his six wives before his sad passing in 2021. Interestingly, the gender of the kids was equally divided as he had 14 sons and 14 daughters.

List Of His Wives and When He Married Them 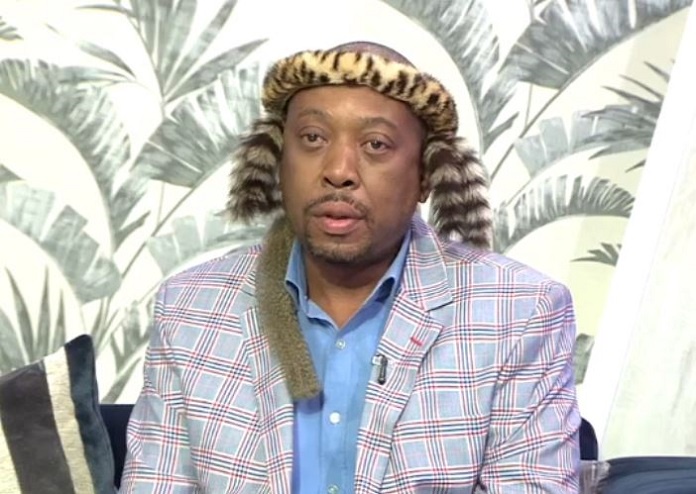 The Prince, on the other hand, died in 2020, which will be remembered as a remarkable event. Prince Lethukuthula Zulu was discovered dead at his Northwold, Johannesburg, Gauteng home on November 6, 2020. Almost immediately, he was suspected of being murdered. His belongings were allegedly taken from him, and he was drugged. After it was established that they were with him on the night he died, five women were charged with murder. 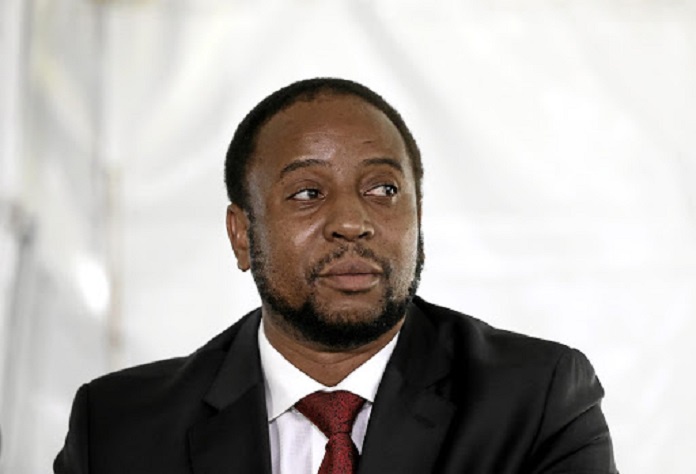 Prince Phumuzuzulu is the eldest son of King Goodwill Zwelithini's second wife, Queen Buhle. The prince's great grandpa was King Phumuzululu kaDinuzulu, the son of King kaCetshwayo. Little is known about him, however sources claim that he is the heir to Enyokeni Palace. In reality, King Goodwill Zwelithini held most of the Zulu nation's historic events at the Enyokeni Palace, including the reed dance and other cultural events.

Many people, including historian Dr. Maxwell Shamase of the University of Zululand, believed Prince Phumuzuzulu was a serious contender for the Zulu throne when King Goodwill Zwelithini died.

Prince Nhlanganiso Zulu is Queen Buhle's third son. We don't know his actual year of birth, but we do know he's married to Wandile Mkhize. He married his bride in KwaZulu-Natal, South Africa, on April 30, 2016. The royal wedding was so enormous that it was attended by Jacob Zuma, South Africa's president at the time. In attendance were Mangosuthu Buthelezi, Zweli Mkhize, and other national figures, as well as businesses. 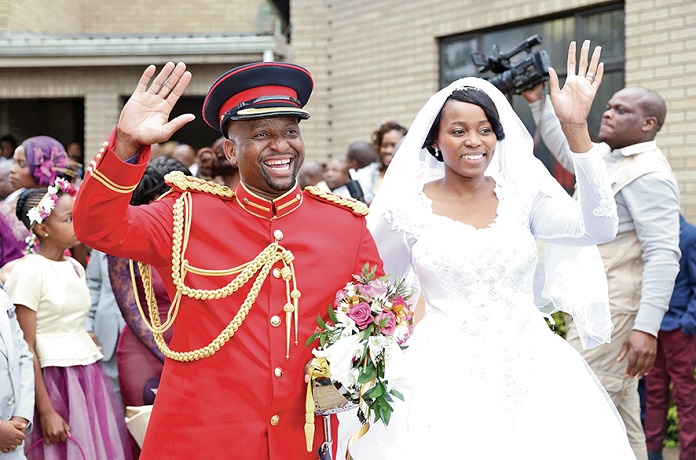 Prince Nhlanganiso Zulu and his bride, Wandile Mkhize during their wedding

Prince Nhlanganiso Zulu is also a TB (tuberculosis) ambassador in KwaZulu-Natal. At a public function in Durban in 2018, the prince surprised spectators by removing his shirt and showing extensive scars on his body caused by tuberculosis. He then asked people to pay attention to their health and take steps to combat disease. His activities inspired many people, including Deputy President David Mabuza, who hailed the prince for his tireless efforts in the fight against cancer. He is one of the most powerful princes in the Zulu nation..

Prince Buzabazi is Queen Buhle's fourth child with King Goodwill Zwelithini. Little is known about him, but after the King's death, he became a vocal opponent of the late king's will in court battles with other members of the royal family.

Handwriting experts discovered some signatures in the late King's will as counterfeit, according to him and others, and the will should be annulled. The court disputes have surprised the country, and everyone is waiting to see how it all plays out.

Prince Butho Zulu was Queen Buhle's youngest son. Butho Zulu, Prince of Butho Zulu, passed away in September of this year. The Prince died as a result of a long sickness to which he was subjected. The Zulu nation was astonished by his death, and King Shaka Day had to be postponed as a result of the unexpected turn of events.

The King Shaka Day celebrations, which had been planned soon before the awful accident, have been postponed out of respect for the royal family and the desire to give the family time to grieve, according to Mangosuthu Buthelezi, a well-known politician and Zulu tribal leader. 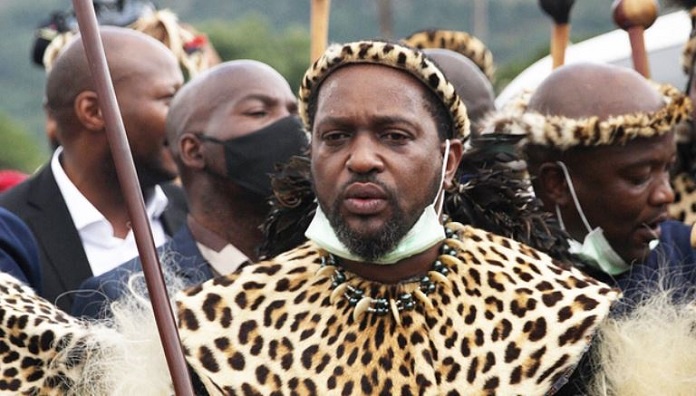 Misuzulu Zulu was born on September 23, 1974, in Kwahlabisa, KwaZulu-Natal. He completed his secondary school studies at St. Charles College, a Christian, independent boys' institution in Pietermaritzburg. He also graduated from the University of Florida in Jacksonville with a degree in International Studies. Misuzulu is married to Ntokozo Mayisela, a long-time friend whom he met at Princess Bukhosibemvelo's royal wedding in August 2009. They ultimately tied the wedding in May of 2021. King Misuzulu Zulu has two children with his wife and one with Princess Wezizwe Sigcau of amaMpondo aristocracy. 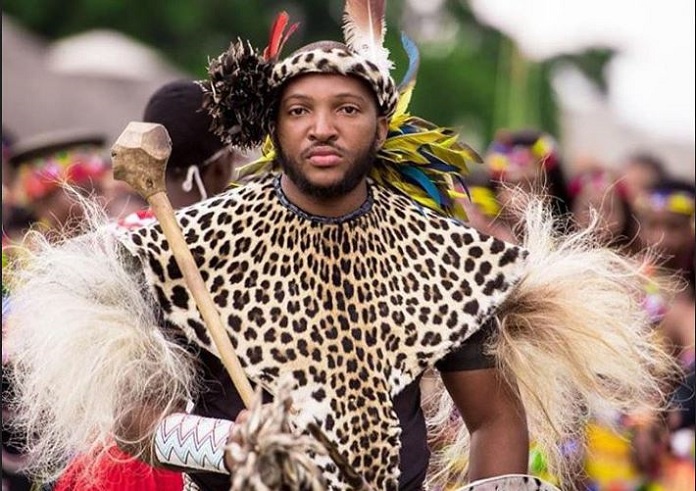 Prince Lungelo is the third son of the late Queen Mantfombi Dlamini. According to authorities, the prince was born in 1984 and attended Michaelhouse boarding school, a full residential senior institution for boys in KwaZulu-Natal. 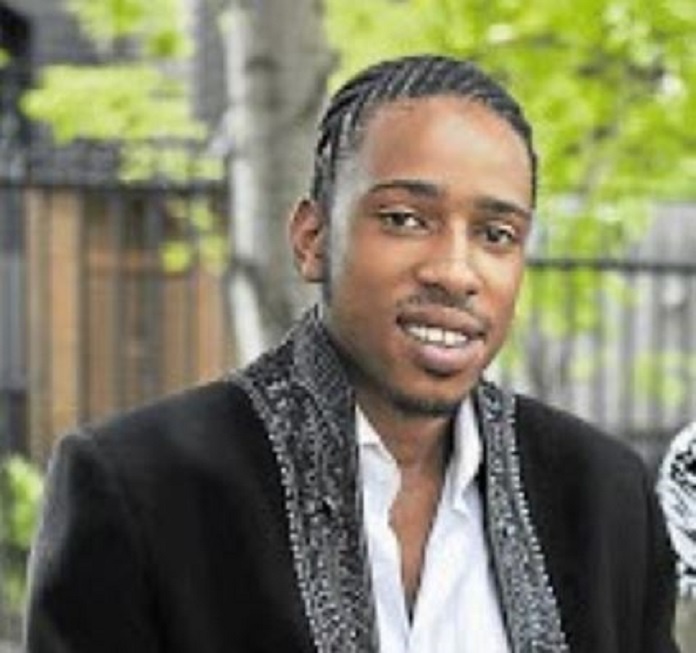 Prince Simangaye is King Goodwill Zwelithini's last son with Queen Mantfombi Dlamini. The prince was born in 1991. Because the prince maintains a low profile, little is known about him.

Prince Sihlangu Zulu is King Goodwill Zwelithini's first and only child with his fourth wife, Thandekile "Thandi" Jane Ndlovu of Linduzulu Royal House. Prince Sihlangu Zulu's precise birth date is unknown. However, we do know that he is now known as zulusoul, a musician. 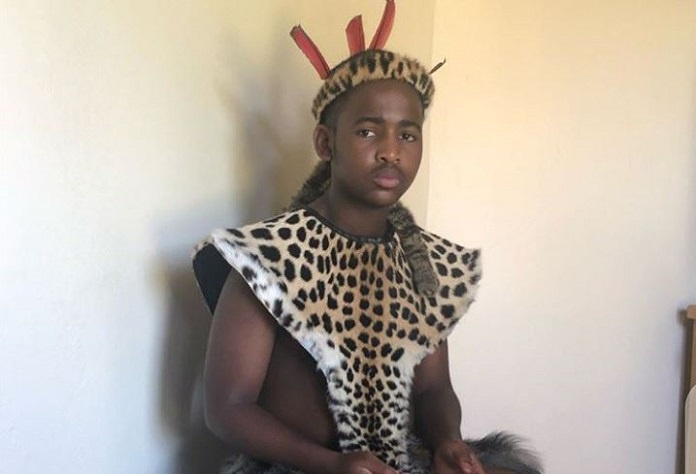 Who Succeeded King Goodwill Zwelithini To The Throne?

Prince Misuzulu Zulu, the eldest son of the late Queen Mantfombi Dlamini, King Goodwill Zwelithini's third wife, has been proclaimed King of the Zulu people upon his father's death. Monarch Misuzulu was legally appointed as the Zulu people's future king on May 7, 2021, although his coronation has yet to occur.

How The King Was Chosen

When King Goodwill Zwelithini passed away, the Zulu people speculated over which of the late king's sons would succeed him as Zulu King. Despite the fact that the Zulu country is a monarchy, kings do not simply take the throne in a monarchical manner. Instead, they are selected because the Zulu Kingdom is currently a constitutional monarchy. As a result, no one knew who would become the future monarch. Even royal family members were unaware of the situation.

Several cultural experts and historians expected that Prince Misuzulu would replace King Zwelithini to the throne after his death. The fact that he is the son of the late King and Queen Mantfombi Dlamini, the late King's official "Great Wife," had a role in this. When it came to succeeding to the throne, he had an edge over the late King's other children. 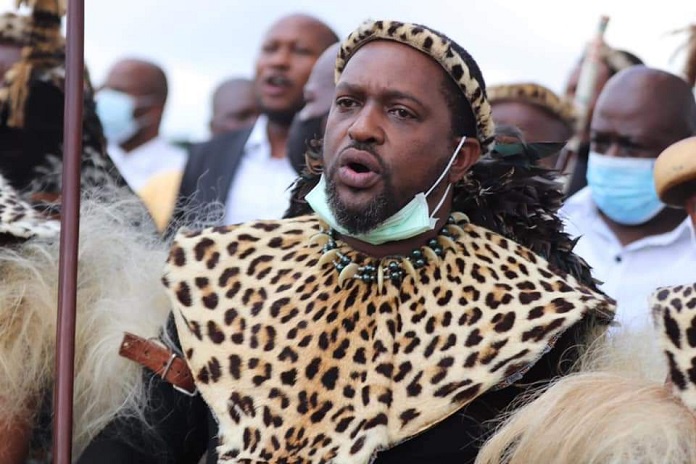 Regardless, all was OK because the Queen had left a will naming who she wanted to be the next monarch. Her will was read out on May 7, 2021, and it was revealed that she had nominated King Misuzulu as the next Zulu king.

The royal family has been mired in a succession struggle since King Zwelithini's death, putting King Misuzulu Zulu's claim to his father's throne in peril.

The declaration that Misuzulu Zulu had been made king enraged other members of the royal family. The South African Police Service and an Eswatini security detail had to remove King Misuzulu, who was present for the reading of the will, away to safety.

Members of the royal family who are opposing King Misuzulu Zulu's succession to the throne have already gone to court. Sibongile Winifred Dlamini, the late King's first wife, and her two daughters filed suit filings at Pietermaritzburg High Court. Sibongile Winifred Dlamini is challenging the late King Goodwill Zwelithini's will. According to the Queen and her daughters, the King's will should be ruled void and set aside because a forged signature was discovered on it. They also filed a court suit asking for the appointment of a new king to be halted while the court evaluates the late monarch's wishes.

Sibongile Dlamini, who was the king's first civilly married wife, has claimed the title of "Great Wife." As a result, she's asking the court to annul his five previous traditional marriages and deny them an equal share of the King's estate. She also wants to ensure that no one in her family succeeds to the throne. Misuzulu Zulu was crowned King despite the fact that the case was in court.

The two daughters of the late King Zwelithini's first wife went to court again a few weeks later, on May 21, 2021, this time to prevent Misuzulu's coronation. They specifically requested that the Premier of KwaZulu-Natal issue an order prohibiting Misuzulu from being recognized as the Zulu people's king. They also asked the court to prevent President Cyril Ramaphosa from transferring power to Misuzulu by granting him a certificate of recognition.

Despite this, Misuzulu Zulu continues to be popular among Zulu people. Despite resistance from some members of the royal family, Prince Mangosuthu Buthelezi, the Zulu nation's highly renowned traditional Prime Minister, supports Monarch Misuzulu and has since maintained that the king does not require recognition from a "piece of paper." Furthermore, Prince Thulani Zulu, the Zulu royal household spokesperson, has declared that King Misuzulu Zulu's coronation may take place despite everything.

Wedding turned into a murder scene

Cele warns about the violence in mamelodi, keke and john wick will pay.