In the eyes of many people a women need to have a child before the age of 30 ,regardless whether she can be able to take care of that child or not.On this article I will list female celebrities who are successful in life but without kids yet.

1.Lerato Moipone Molapo is popularlyknown as Lira .She is a South African singer who sings under different genres including Jazz,Afro soul ,RnB and funk. She started singing at a tender age,at 16 she started doing stage performances .The award winning singer is 42 years .In 2019 she announced that she has separated with her husband of nine years. Lira doesn't have children and she is not bothered to see her peers raising their own. While she was in her 30s she used to say the busy life she lives with her then husband does not accommodate babies,"I don't have time for babies ",she 'd say. 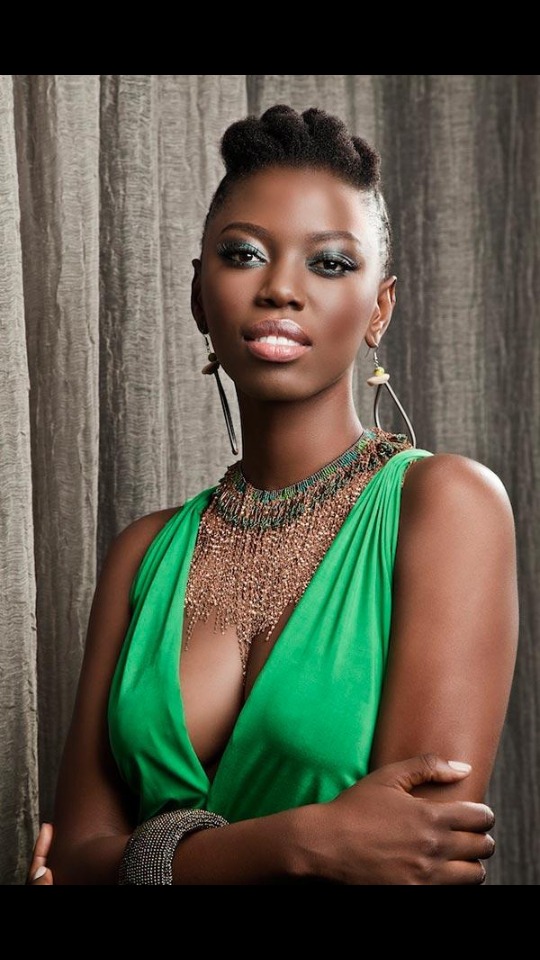 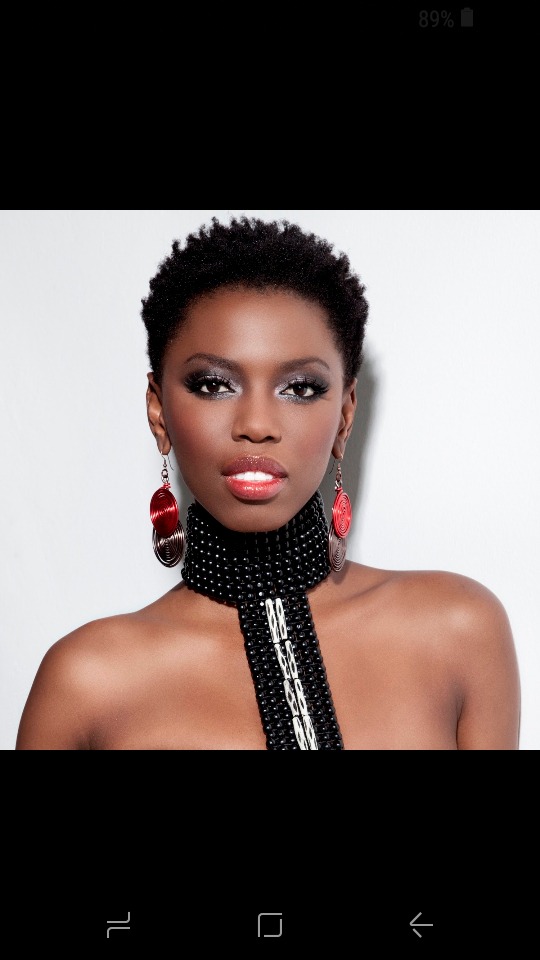 2.Bonang Matheba is a South African television presenter ,radio personality ,businesswoman ,producer ,model and philanthropist. She is known for her flamboyant presenting skills and her signature voice. She presented the SABac 1 music show Live (now Live Amp) which built her spotlight in the industry .She is also known for bieng the first Black South African to be featured on numerous magazines. In 2011,she became first South African celebrity to launch an online reality show called B*Dazzled .In 2013,she was first international ambassador for the cosmetic brand Revlon ,outside the US.In 2014,she hosted the 2014 MTV Europe Music Awards pre-show ,which made her become the first South African to host the pre-ceremony. In 2015 ,she became first African to be given an E! News Special Africa on E!. In 2016,she graced the cover of Forbes Woman Africa ,alongside three other women who were all given a headline for bieng the Faces of Entrepreneurship. She released her book from A to B and premiered her own reality show Bieng Bonang both in 2017.She now lives in New York. 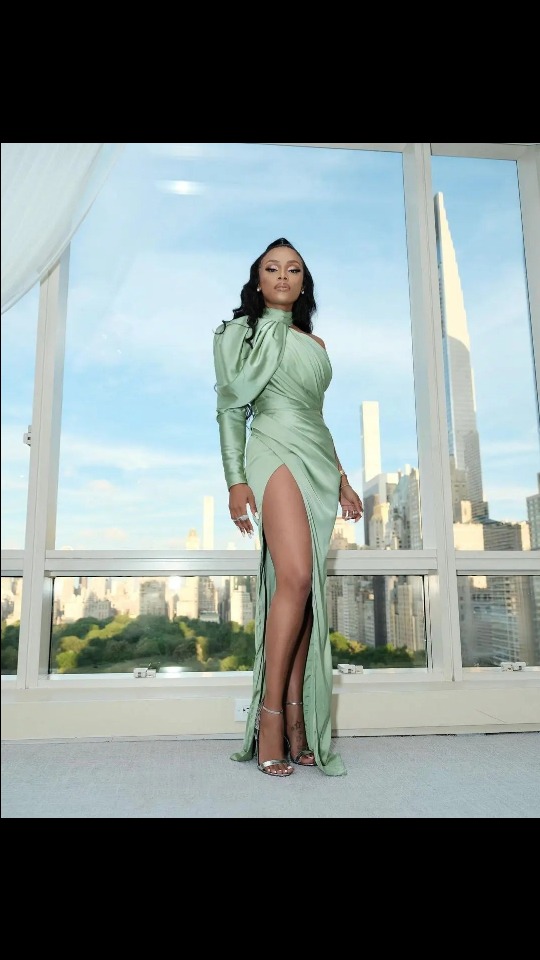 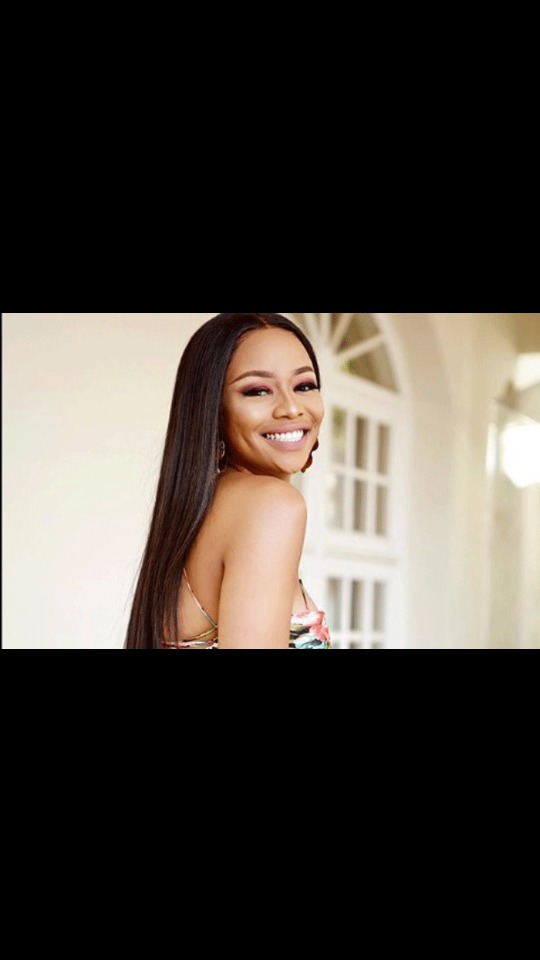 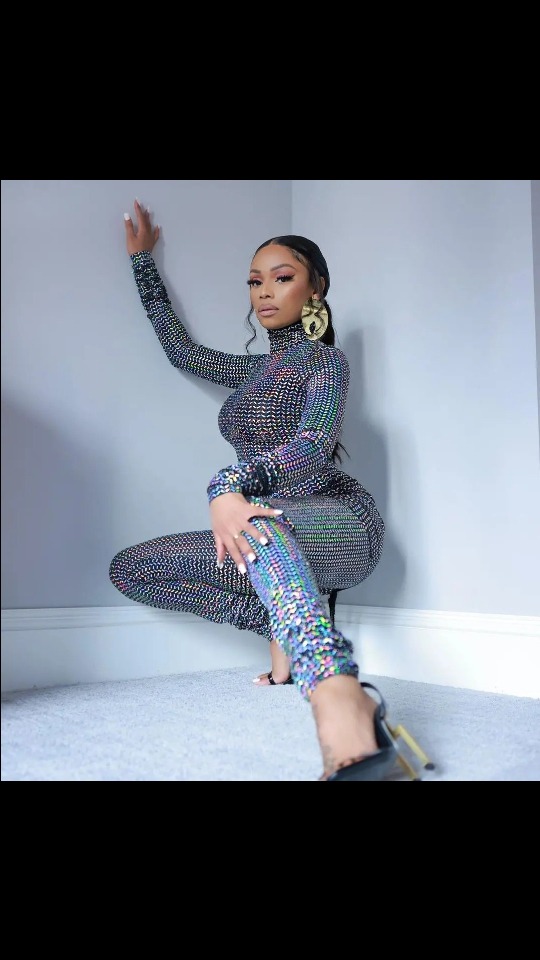 3.Nomzamo Mbatha is a South African actress ,TV personality,businesswoman and human rights activist. In 2012 Nomzamo auditioned a television show MTV Base VJ search and she made it to top three and Nomuzi Mabena won.In 2013 she acted on Isibaya where she played character of Thandeka Zungu .In 2014,the show in which Nomzamo starred was converted into a daily Tell Me Sweet Something .That same year ,she began hosting a reality travel show called "Holiday Swap".In 2015,she was selected to represent Neutrogena ,bieng the first South African in that role.In 2021 ,she appeared in the film Coming to America. 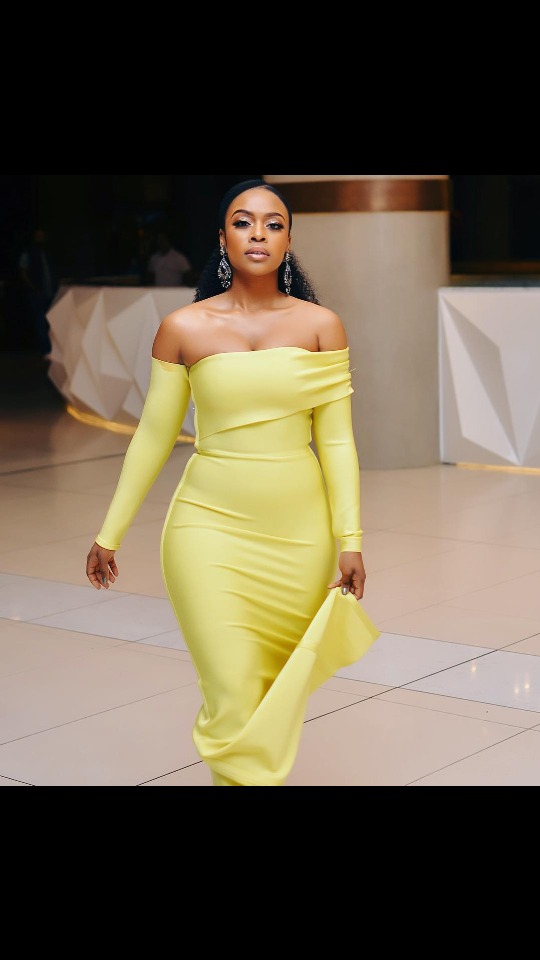 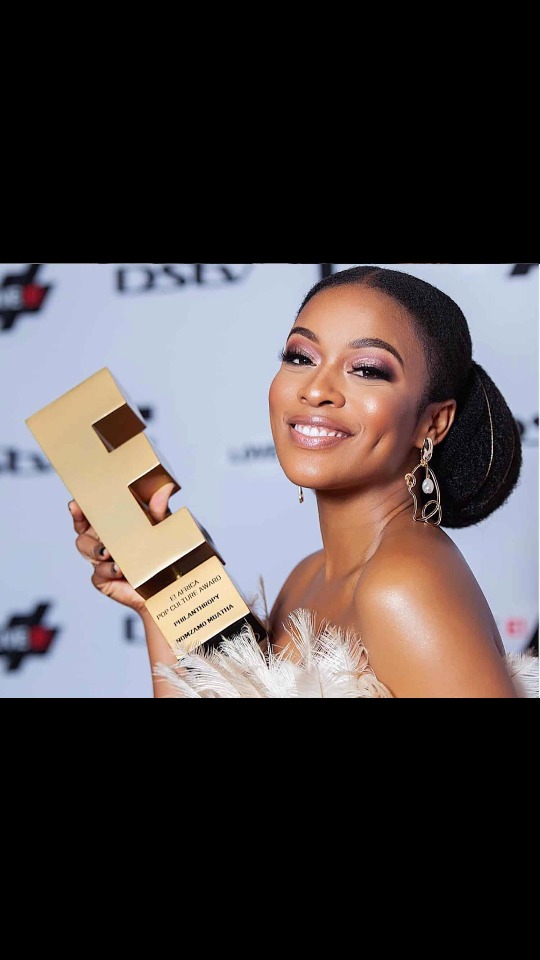 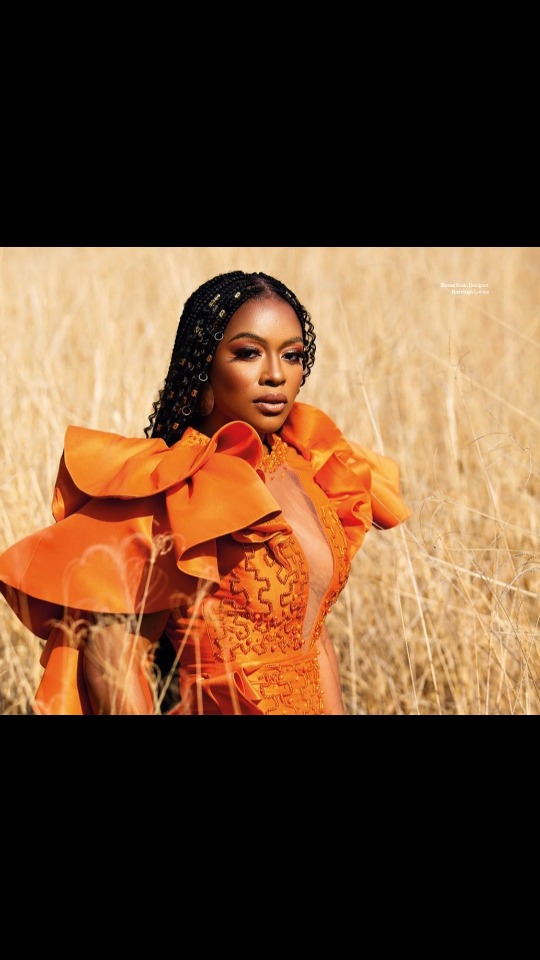 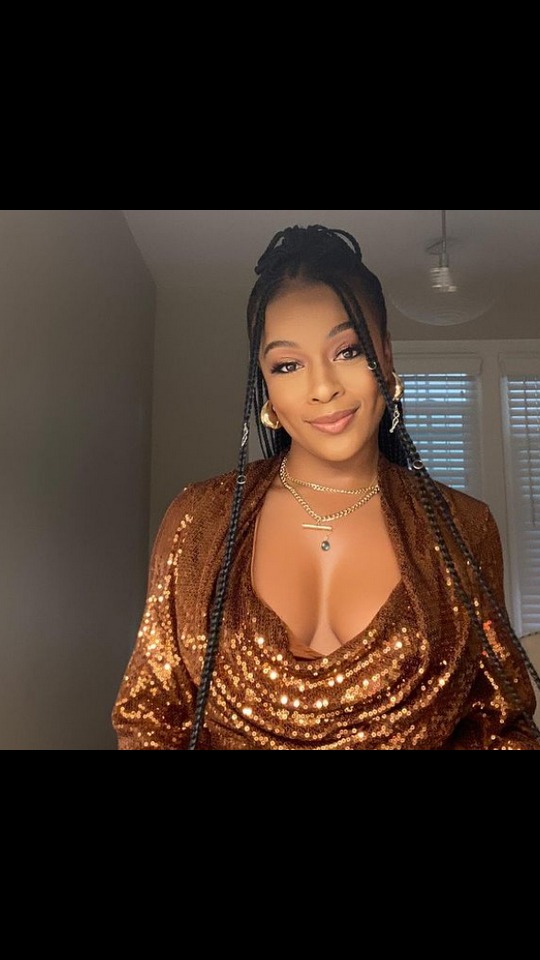 4.Terry Phetho is a South African actress best known for leading role of Miriam in the 2006 Osca-winning feature film Tsotsi. After her debut in Tsotsi, Phetho appeared in other films such as Catch a Fire(2006), Goodbye Bafana (2007) and How to Steal 2 Million (2012). She has also acted on drama series "Justice for All" ,Zone 14 and Jacob's Cross. In 2011 ,she acted on the American soap opera called "The Bold and The Beautiful ".In July 2008 Phetho was named as the new face of L'Oreal. 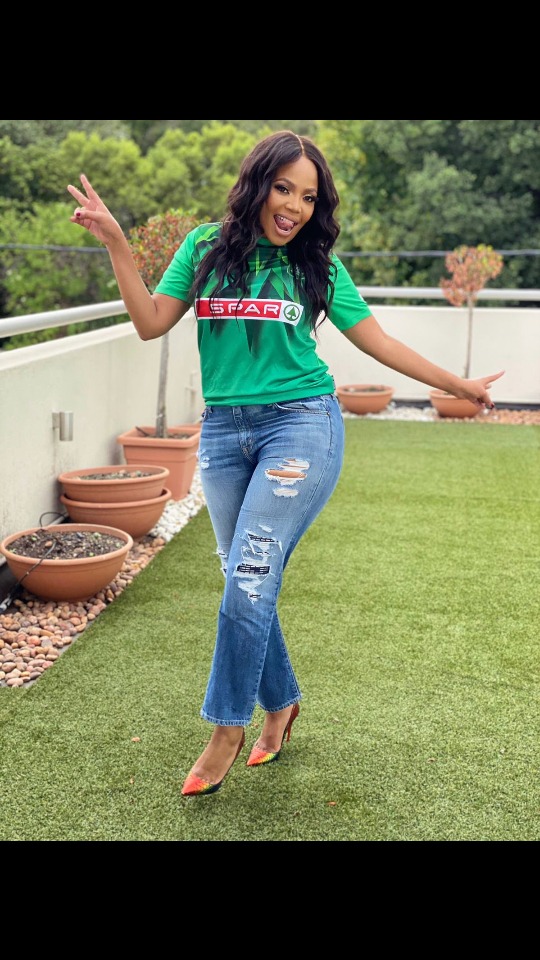 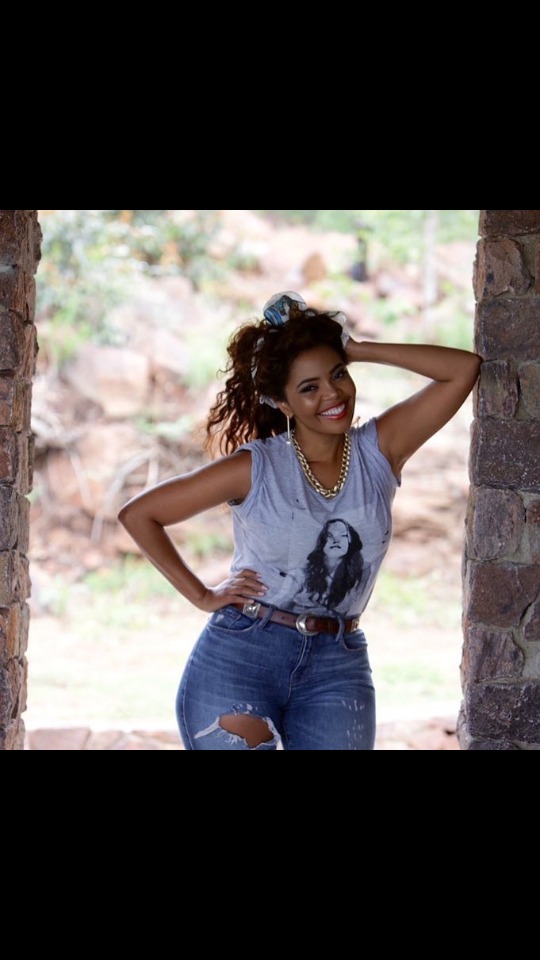 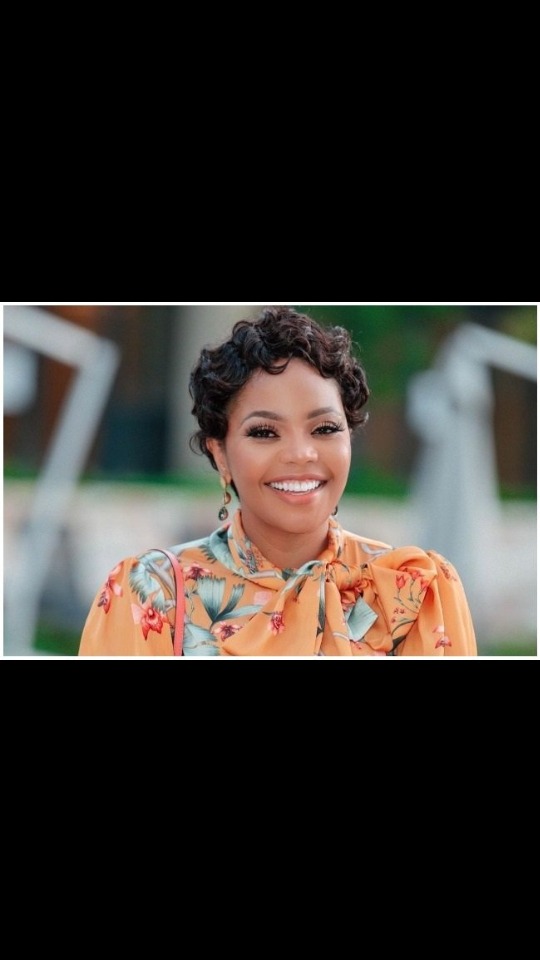 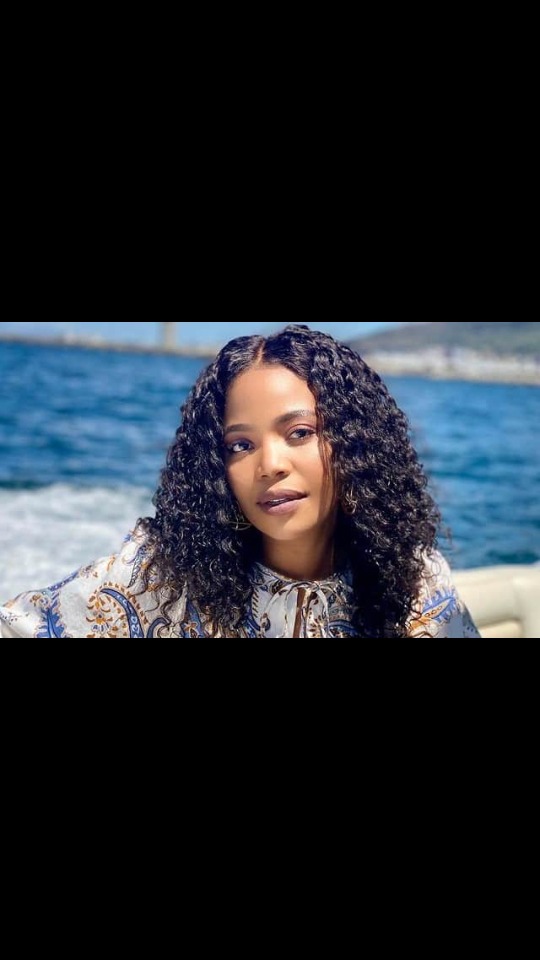 5.Boitumelo Thulo is a South African television personality ,rapper,actress,businesswoman and model. Thulo's career began when she presented the YOTV educational show "Crib Notes " in 2011.She thenco-host on the SABC 1 The Media Career Guide Show ,which she hosted alongside Thomani Mahlaba.She also served host duties in several television shows ,including SkyRoom Live,Ridiculousness Africa,Club 808,Zoned ,Change Down and Big Brother Africa. In 2012 ,Thulo starred drama series Rockvelle ,which was her first starring role .She appeared for all 4 seasons playing "Mpho Bogatsu".Boity made her rapping debut on the Migos Culture Tour in South Africa on 21 October 2017 at TicketPro Dome.On 3p August 2018, Thulo released her debut single "Wuz Dat" featuring Nasty C.The song became the first ever single by a female rapper in South Africa to be certified Platinum ,it also won the category of "Best Collaboration " at the 2018 South African Hip-Hop Awards ,thus making her the first and first lead female rapper to achieve this. In 2019, Boity was named as one of the Forbes 30 Under 30 for her contribution in the music and entertainment sector. 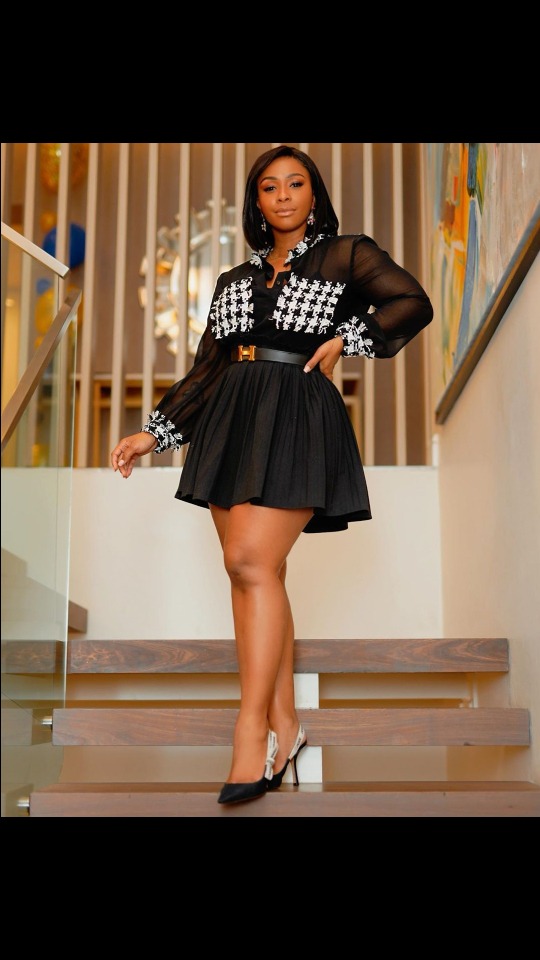 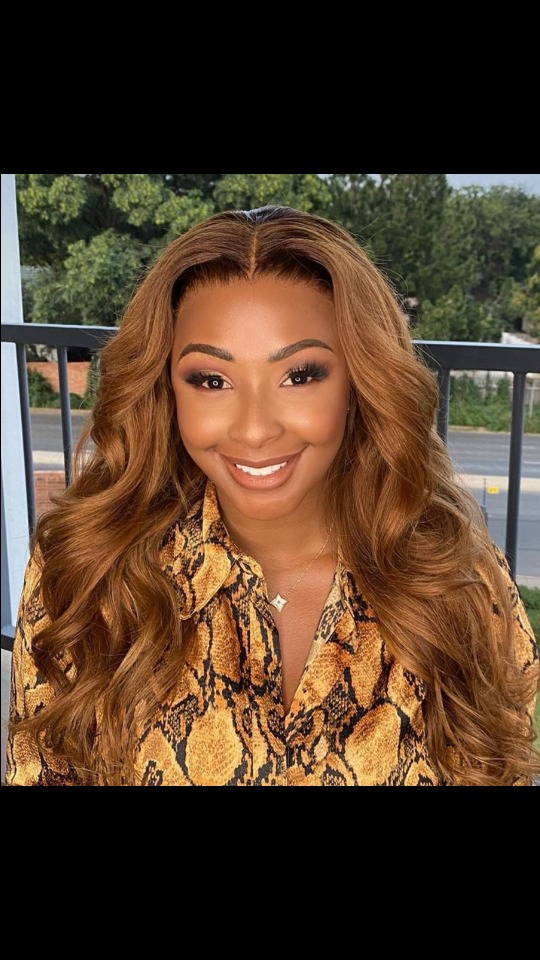 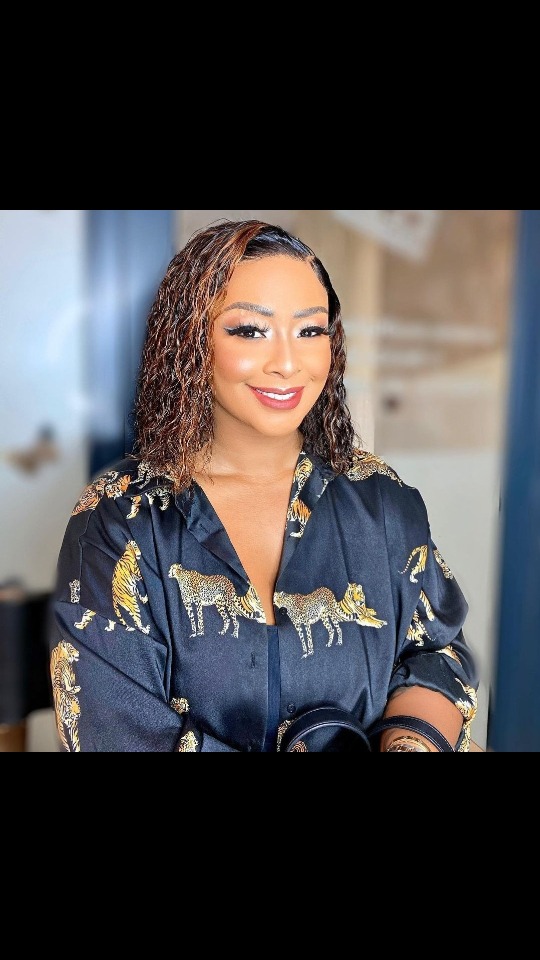 6.Thando Thabethe is a South African actress,TV personality and Radio DJ who was the presenter for the television show Thando Bares All on channel TLC and current drive time host on 947. She is Nivea's first brand ambassador in Africa. Thabethe started her radio career in 2008 at UJFM before moving popular youth radio station YFM in 2011 while she was in her final year of studies. At the same time she played role of Thando Nkosi in the sitcom My Perfect Family, which went on to air for 3 seasons. She later joined 5FM in 2013 on The Roger Goodie show .Other prominent work include ,Club 808,Intersexions,Ngempela,Kowethu ,1s and 2s and Single Guys. In 2014 ,she played the role of Nolwazi Buzo on Genarations the Legacy .In 2016,she starred in her first ever feature film Mrs Right Guys alongside Dineo Langa ,Thapelo Mokoena and Lehasa Moloi. In 2016,she hosted South African Music Awards ,alongside Somizi Mhlongo and in 2017 she hosted the South African Film and Television Awards.In 2018 ,she starred in the thriller ,drama series Housekeepers as Linda Ndlovu .In 2019 ,Thando was named one of the Forbes Africa's 30 Under 30. 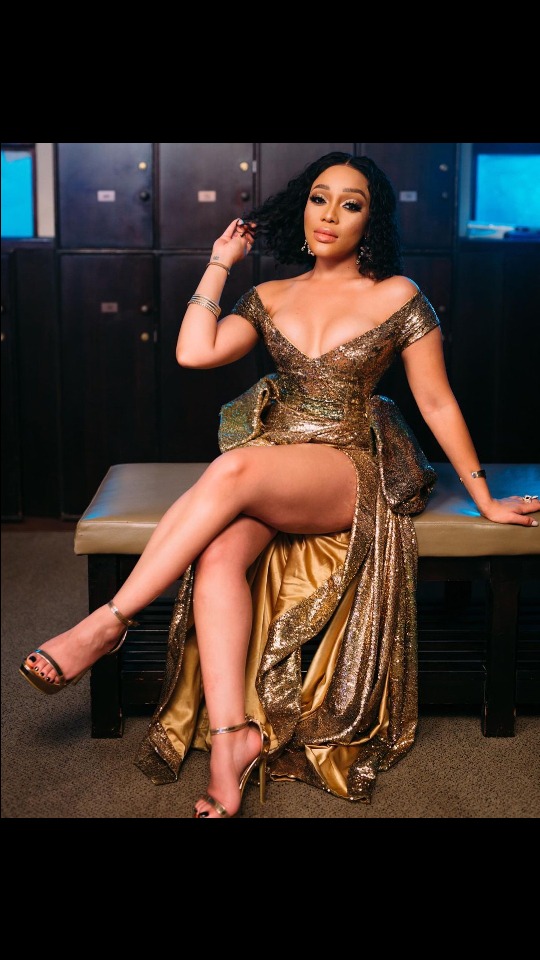 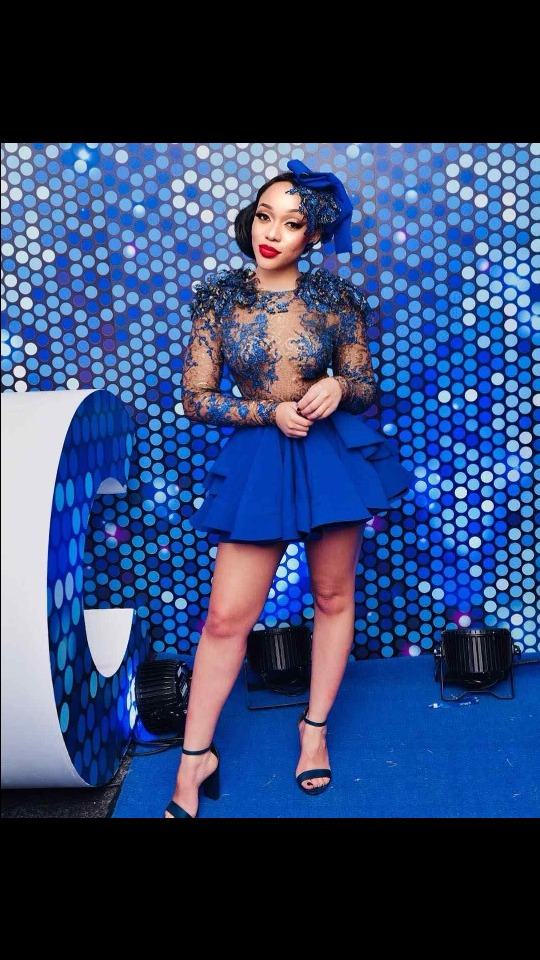 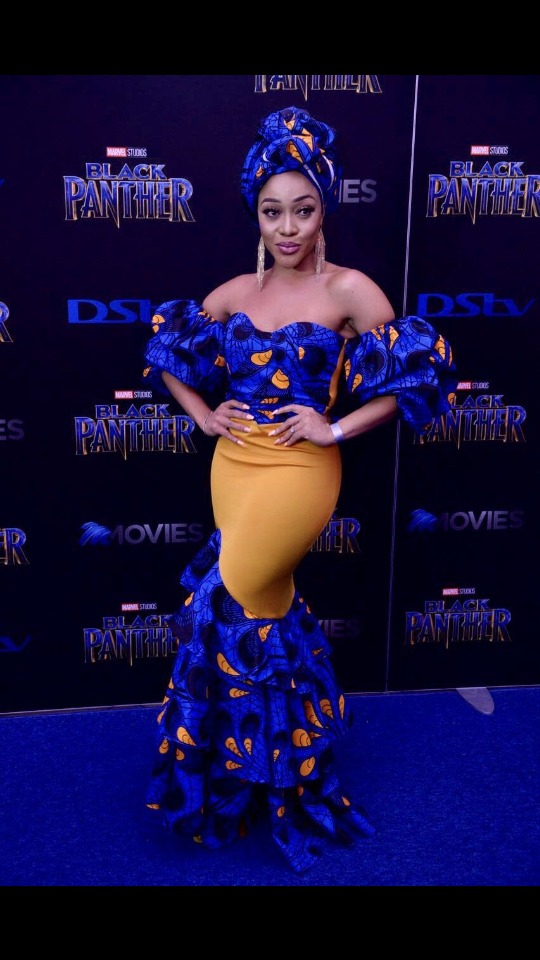 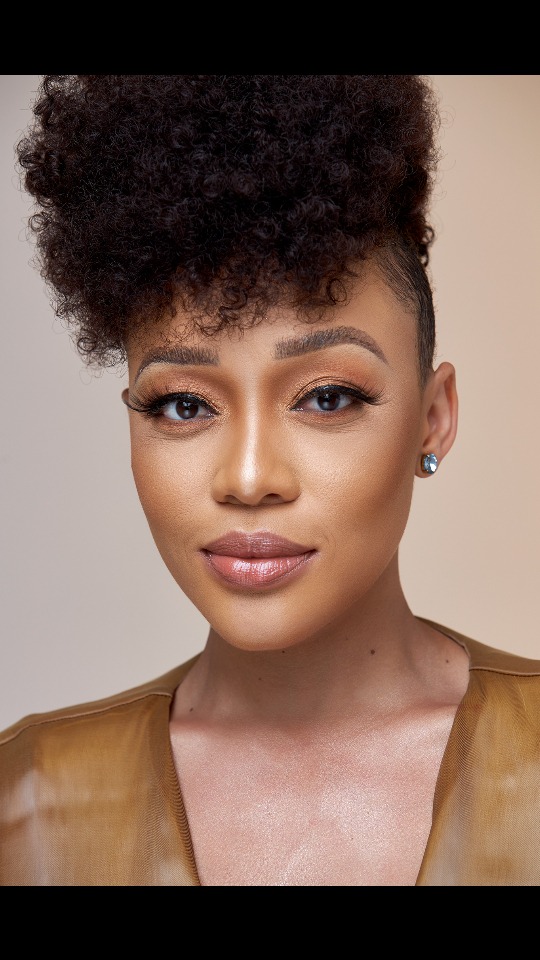 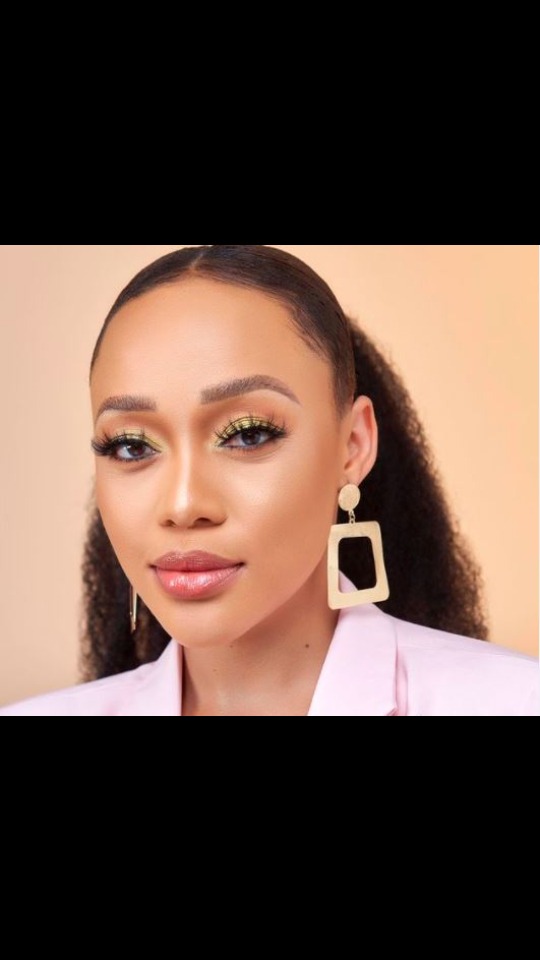