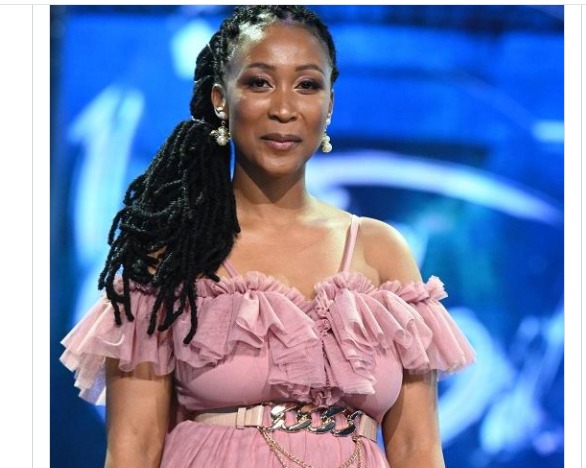 Symbols SA season 17 challengers keep on diminishing as Mzansi bid a dismal goodbye to Nqobile Linda the previous evening. Nqobile turned into an easily recognized name with an army of fans on the show anyway it was dismal to see her exit during the previous evening's scene.

The principal half of the show saw the contenders strip down a portion of Mzansi's best hits to their uncovered embodiment in accordance with the turned-off topic. In the second 50% of the show, they gave a gesture to Pride Month by raising the stakes with "pantomimes", performing melodies from craftsmen who are important for – or are partners of – the LGBTQI+ people group. Adding that additional layer of energy was the Mzansi Gay Choir, who for the third year straight graced the Idols SA stage as backup entertainers.

The first round was going great, with passes judgment on Unathi Nkayi and Randall Abrahams, and visitor judge Khaya Dladla not keeping down on their commendations. It might be said it was an extraordinary gesture to incredible ability – Unathi depicted Karabo's interpretation of Amanda Black's 'Thandwa Ndim' as staggeringly amazing, while Randall commented that everything about Daylin Sass' exhibition of Liquideep 'Fantasy' was acceptable. S'22Kile hit gold with her interpretation of Bucie's 'Not difficult to Love', with both Randall and Unathi saying it was her best exhibition to date, and Khaya calling her "valuable".

The shower of praises proceeded, with Berry being told she was the finished bundle and spilling over with ability after she sang Craig Lucas 'Cheerful'. After Kevin's version of Afrotraction's 'Mnike', Khaya considered him a hotshot and Unathi commented there was nothing regrettable she could say about his sensational presentation.

Sadly, Nqobie didn't find the opportunity to perform, having been killed in around evening time's show.

Tweeps responded to her disposal and they are unsettled. 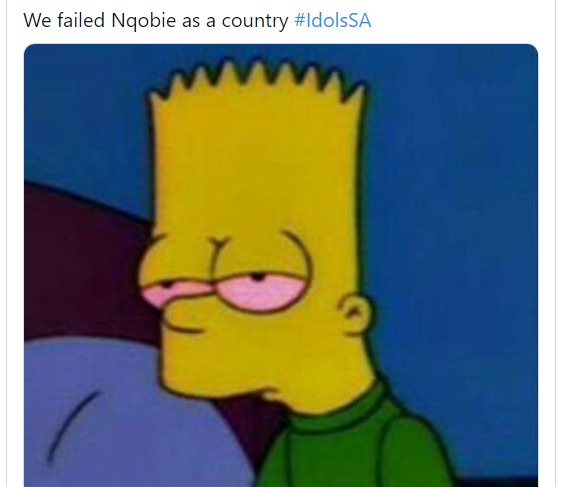 The second 50% of the show was, be that as it may, met with blended criticism, with hopefuls like Karabo ('River Deep Mountain High' by Tina Turner), Daylin Sass ('Whataya Want From Me' by Adam Lambert), and S'22Kile ('Love On The Brain' by Rihanna) leaving Randall fairly unsatisfied even as Unathi and Khaya were brimming with acclaim.

Be that as it may, the adjudicators were consistent with regard to Berry and Kevin's exhibitions. Berry killed Lady Gaga's 'Edge of Glory' and had the appointed authorities calling her "wonderful" indeed, with Randall commending her decision of tune. The crowd's response to Kevin's exhibition of George Michael's 'As' said everything and every one of the appointed authorities could do was to adequately articulate the joyful commendation. Khaya was prepared to pronounce Kevin an Idol, while Randall said it was an incredible presentation. Unathi was decreased to tears at the prospect of seeing him see his fantasies work out.

Remarking on this evening's exhibitions, Unathi said they were a delight to watch and she was glad to observe the advancement of every competitor. "We have seen them develop and further develop step by step and we are glad to see their ability keep on blooming. At this phase of the opposition, we are sure that every one of them will become showbiz royalty in the music business and it is lowering to have observers their excursion from confident stars to entertainers by their own doing," she said.

"I don't have the foggiest idea who will be 2021's Idols SA victor – however everything I can say is that they are all as of now champs," she closed.

One week from now will see another competitor leave the opposition, yet it is dependent upon the watchers to guarantee that their cherished Idols SA confident returns one week from now as a feature of the best 4.