By MUDAVHI_BRIAN_NEWS27 (self media writer) | 19 days ago

Moja Loves Uyajola 9/9 was again a hot topic on social media Sunday night when the two most recent episodes of the reality show aired and left viewers high and dry. 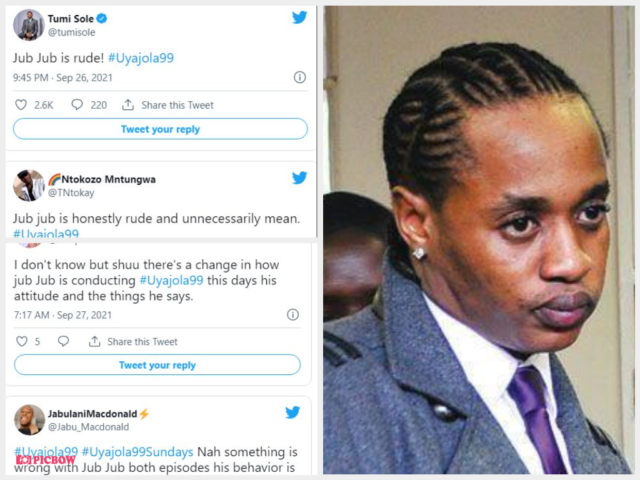 Although most of Mzansi was entertained by watching couples' relationships break down and burn due to infidelity, lies, and hidden secrets, many of the ways the show's host, Molemo "Jub Jub" Maarohanye, he behaved and treated himself, very disappointed. guests on his show. 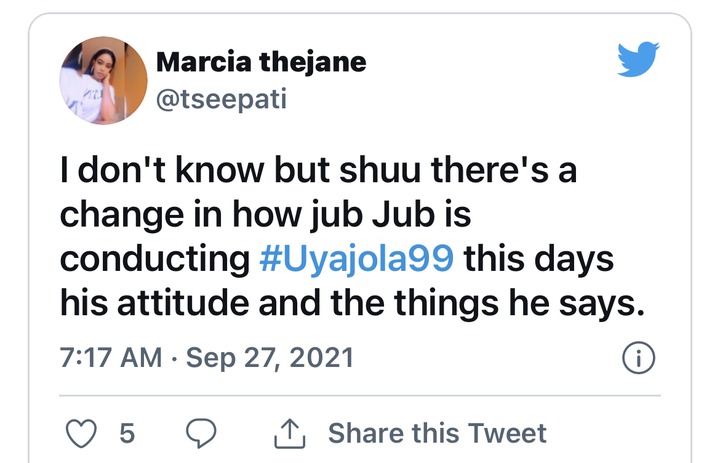 viewers have previously used social media to address Jub Jub's lack of respect for the people featured on his show, but many feel that he has gotten worse and have expressed that he is no longer fun or funny. In the first episode, which aired on Sunday night, Lungisani seeks help from the 9/9 Uyajola team, suspecting that his girlfriend is meeting someone else.

With the host's help, Lungisani determined the whereabouts of her partner and found her on a restaurant date with another man.

Annoyed by what he sees, he tries to hit the other partner of his girlfriend, but is soon stopped and held by the gorillas in Uyajola 9/9.

When Jub Jub confronts her girlfriend with the question of why he was cheating on her, she says that Lungisani has stopped bothering to see her and spend time with her, and that he no longer sends money to her girlfriend .

In the second episode of the reality television show, Bukelwa appears to be in a love triangle with her partner and his family. She reaches out to Uyajola's 9/9 team to help make sure her partner isn't cheating on her before taking him home to meet her family.

Jub Jub does what he does best, investigates his partner and discovers that he is actually with someone else.

When Bukelwa and the 9/9 Uyajola team arrive at their partner's location, they find him with his other friend, who also had no idea that his partner had seen someone.

Vino Ventures Cutting Bonang Matheba out as a shareholder of BNG