By Thulisile1 (self media writer) | 26 days ago

A Mzansi Magic drama NQOBILE aired their last episode yesterday. This incredible drama shook Mzansi on the very first episode. Viewers were left with mixed emotions after every episode. 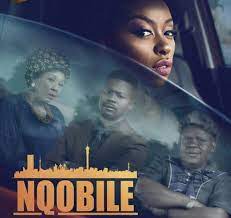 Nunu Khumalo who played Nqobile left the viewers wanting more. The fierce and the spirit of fighting instil in her character was magical.

The production was produced by Ayanda Borotho who has starred in different tv production such as Nomzamo on SABC1, Isibaya on Mzansi Magic. On the interview she had with the media she said the drama is about the rise of a woman who is disempowered. The public surely indeed witnessed on how Nqobile was discouraged.

In the last two episodes she stood up for herself to her cheating, murder, manipulative, narcissist husband Simo (Kagiso Modupi ). Her fighting spirit was incredible to watch.

She got hyped by viewers on social media for being brave enough to fight the man that has destroyed the Nkosi family. She is no stranger to our screens as she has been part of different tv production, including soul city and isidingo.

This time she indeed out done herself. Viewers congratulated her for portraying this character well. On twitter the drama trended as many people were sharing their views and how much they are so keen on seeing the new season. Ayanda has not shared anything with the public about the new season of NQOBILE.

Content created and supplied by: Thulisile1 (via Opera News )