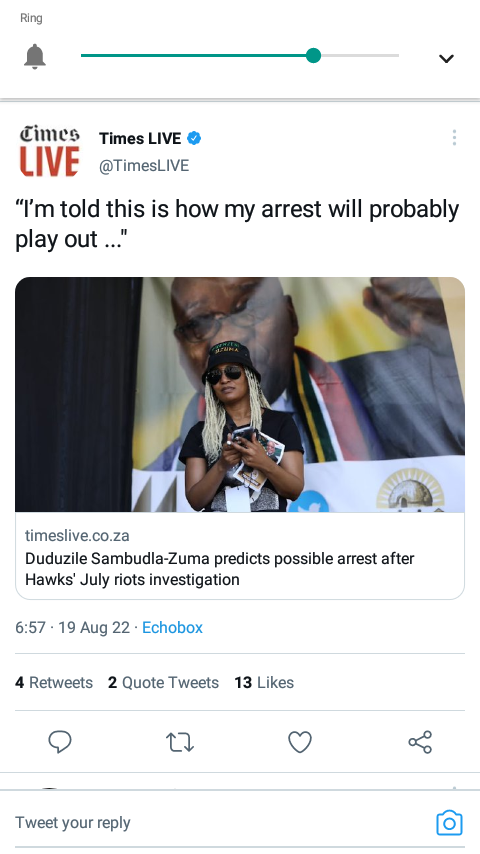 Duduzile Sambudla-Zuma thinks that when the Hawks finish their investigation in July 2021, she will be arrested.

Duduzile Sambudla-Zuma has said that she could be arrested after the Hawks look into the unrest in July 2021.

The daughter of former President Jacob Zuma is being looked into by the Hawks for her alleged role in last year's unrest and looting. 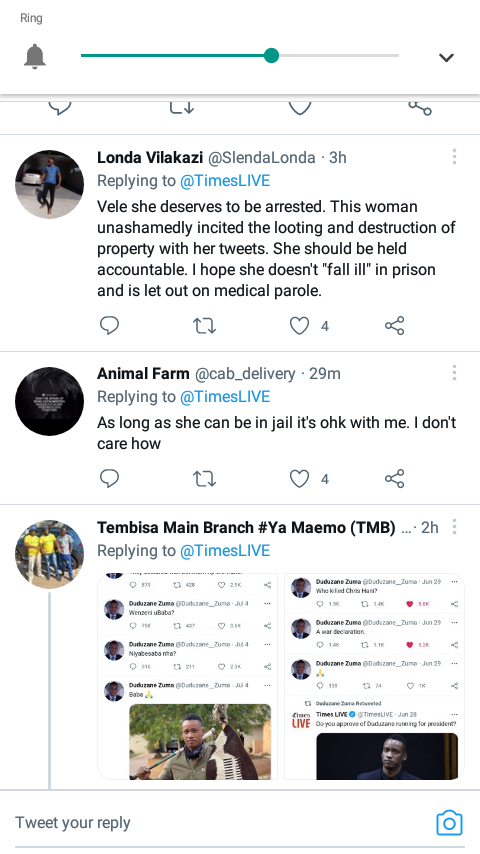 This is because her name was in a statement that the Hawks got a hold of.

Sambudla-Zuma said that if she is arrested, it will be on a Friday "Hollywood style."

I was told that my arrest would probably go something like this: I'll be arrested on a Friday, Hollywood-style. You might want to say no to bail, but there might be pressure to say yes. Then make me stay off social media, especially Twitter, as one of my bail conditions," she said.

I've been told that this is likely how my arrest will go: Grab me like they do in Hollywood on a Friday. You might want to say no to bail, but there might be pressure to say yes. Then make it one of my bail conditions that I stay off social media, especially Twitter. We see you!

This week, Sambudla-Zuma put a picture of herself on social media and wrote that she is the daughter of "a great man" and won't be scared.

"My name is Dudu Zuma. I am the daughter of Jacob Zuma, who is the greatest politician of all time. I have his blood in my veins. I'm not afraid. I won't let myself be scared. I beat the dogs, so now the owners are going to come out. She wrote, "We see you."

The foundation named after her father also spoke out about the news, saying that it was "worrying" that "the persecution of [former president] Zuma is being extended to his children." 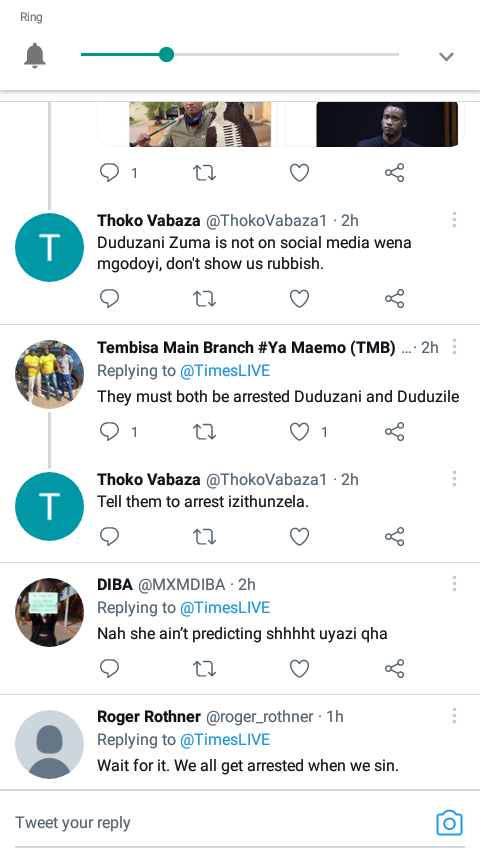 "How could Twitter have influenced poor people who don't have smartphones, data plans, and probably aren't even on Twitter or can't read?" "It's crazy," the JGZ Foundation said.

Yes, they are stirring up trouble.

No, they don't have any say over what protesters do.

Ignore them, because all they want is your attention. 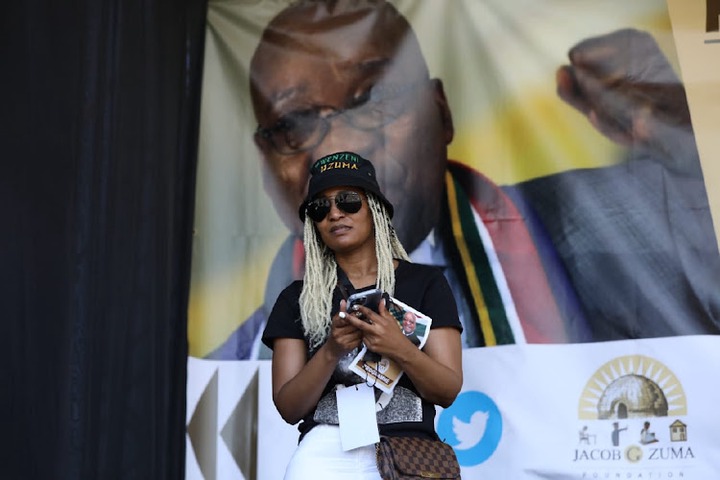