Skeem saam is clearly demonstrating to us that a few businesses are still overrun by white people, and that when they see a person of color among them, they react in a particular way because they feel threatened. Although Koloi is a person of color, he should be proud of himself for following his dreams and choosing a career path that is not common among people of his ethnicity. That was a priceless performance. I was contacted in this manner. He hit the nail on the head. Coincidentally, I'm missing Lesholosholo at the moment. I sobbed because he had gotten me so excited; he was fantastic.

I sincerely hope he is victorious in this battle so that these white people can interact with him as an individual in the future. I was taken aback when that white woman began to act in a hostile manner toward him, but I quickly became afraid. I don't think he'll be able to achieve success. Those who were envious didn't even bother to talk to him after the concert, despite the fact that he performed admirably.

Mzansi should wake up and realize that South Africa is still under the power of whites, and that the dark presidents are merely there to appear as though they are in command. I hope Koloi is victorious in this battle. Due to our perception of how upset the whites were when Koloi was introducing himself, there are terrible odds that he will prevail. Skeem Saam is still the best foamy in South Africa, if not the best in the world. They should be the most visible lathery in South Africa.

In fact, I was becoming worried that he might annoy us at the time when he requested the water drink, but wow, his display was on spot. We are all aware that Skeem Saam is seeking to relocate the Leshole battling part on koloi, and that they will tire us in the process.

Apartheid is still prevalent, especially among white people. I understand that it was the soapie, but every now and then it doesn't feel like it, such as the way they appeared to koloi It makes me feel as if we are not sufficient for something wonderful, but rather that we are here, that we are being noticed, that we are staying, and that they should, because we are not going anywhere. 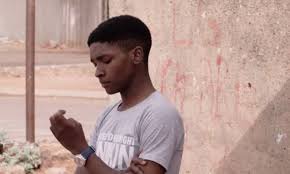