7 Actors Who Where Fired While Filming And Who Replaced Them

In Demolition Man, Lori Petty was cast as the female lead, but she was replaced by Sandra Bullock, who was playing her first major role. 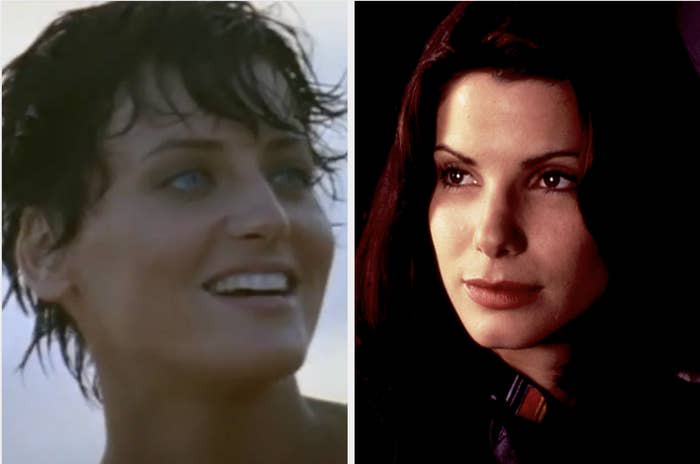 Lori Petty was cast in the big-budget sci-fi action thriller Demolition Man opposite Sylvester Stallone and Wesley Snipes after starring in the early 1990s hits Point Break and A League of Their Own. Three days into production, however, she was fired and replaced by Sandra Bullock, a relatively unknown young actress.

Part of the difficulty, according to Petty, was that she and Stallone got along like "oil and water," but there were also rumours that the studio didn't like her scenes' dailies. Whatever the case may be, she may have escaped with her life. Nigel Hawthrone, who co-starred in the film, described it as a "miserable experience" in which the stars' egos and producer Joel Silver's were out of control. "I just treat people the way I want to be treated, so I'd rather not gossip about his unkindness," Petty (who recently starred on Orange is the New Black) said about Silver years later.

Jean-Claude Van Damme played the title character in Predator for a short time before Kevin Peter Hall took over. 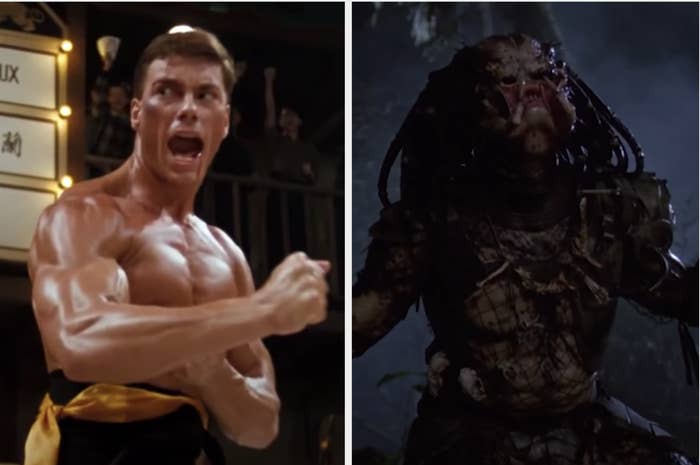 Jean-Claude Van Damme was a young, aspiring action star in the 1980s with one meager credit to his name before becoming an action celebrity in the 1990s known for his acrobatic martial arts talents in hits like Time Cop and Universal Soldier. When he was cast as the titular role in Arnold Schwarzenegger's Predator, that seemed to be about to change.

The situation swiftly devolved into a farce. What happened is unclear (this Hollywood Reporter investigation may be the closest we'll ever get to the truth), but it appears Van Damme arrived on set expecting to show off his martial arts skills as the deadly alien, but was instead fitted with a massive alien mask that limited his mobility and restricted his air supply to the point where he kept passing out. When the outfit was altered for a 7-foot man, Van Damme either quit, was angrily fired by producer Joel Silver (the same guy Lori Petty had such great things to say about above), or was no longer the proper fit for the character.

Whatever the case may have been, Van Damme's disappointment was short-lived. Eight months after the premiere of Predator, the Muscles from Brussels scored a smash as the star of Bloodsport, allowing him to show off his talents without having to wear a clumsy, potentially suffocating mask.

Dennis Hopper originally played Christof in The Truman Show, but was quickly replaced by Ed Harris. 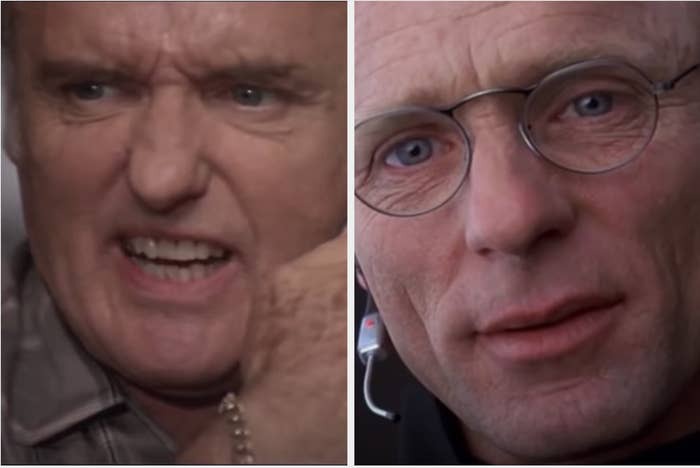 When Dennis Hopper was cast in The Truman Show as Christof, the director who pulls the strings behind the scenes, he was riding high on the success of his role as the baddie in 1994's movie Speed. Unfortunately, things didn't work out after a couple of days of filming. Hopper, it appears, was either overly theatrical in the part or had a habit of forgetting his lines.

After considering recasting the director as the film's actual director, Peter Weir (which would have been meta), the company chose Ed Harris, who was nearly flawless and got an Oscar nod for Best Supporting Actor.

Nicole Kidman was the original star of David Fincher's Panic Room but was replaced by Jodie Foster after an unfortunate incident. 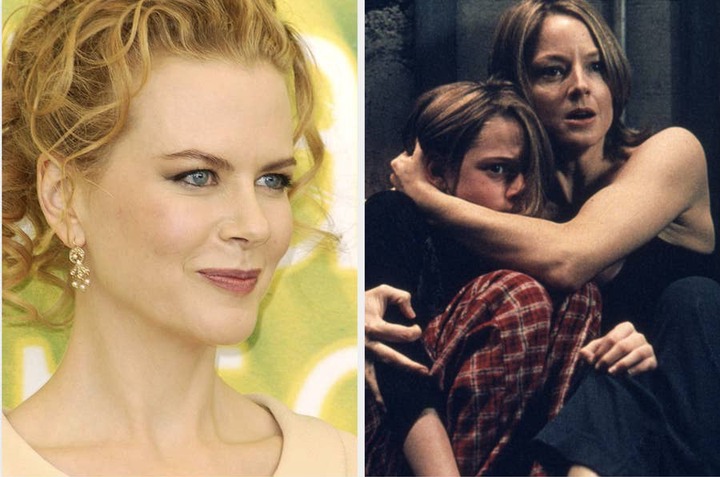 Nicole Kidman had a knee injury on set 18 days into filming the thriller. She'd hurt the same knee while filming Moulin Rouge! the year before, and X-rays revealed she'd suffered a hairline fracture. This meant she'd have to take a month off work. So, while she wasn't fired, she was forced to leave the movie.

This was bad news for the studio, as it would face significant insurance fees if it didn't promptly recast without halting production. Unfortunately, because it was early 2001 and everyone was expecting a writers' strike, practically every major actor was already making one final feature before Hollywood shut down.

Jodie Foster was available since a project she was planning to direct, funnily enough, had to be halted due to an injury to its star Russell Crowe. She had only a week to prepare for the role and had to play it on a set that was constructed for the considerably taller Kidman, including the titular panic room. Oh, and she was expecting a child! They got around it with huge sweaters and a few post-baby reshoots, and there was no need to, ahem, fret because the movie was a tremendous smash in the end.

Finally, Eric Stoltz played Marty McFly for seven weeks in Back to the Future before being sacked and replaced by Michael J. Fox. 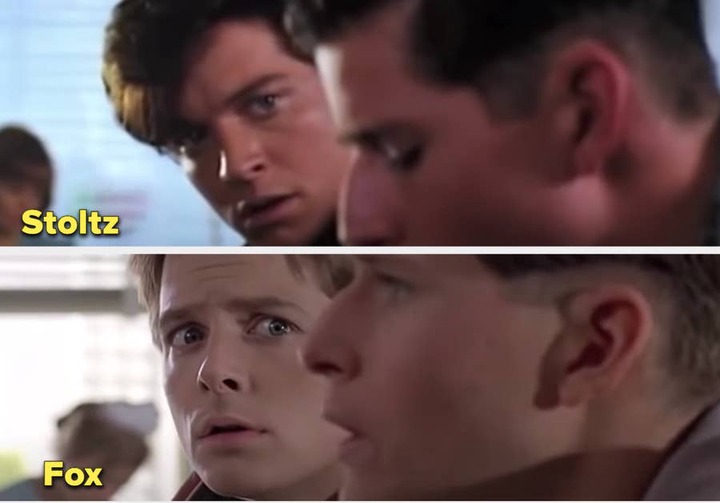 This is probably the most well-known example of an actor getting fired after filming had begun. Filmmakers Robert Zemeckis and Bob Gale had hoped to cast Michael J. Fox in the role of Marty, but he was too busy filming the hit sitcom Family Ties. As a result, Eric Stoltz, who was a fan of Universal's Sid Sheinberg after his dramatic performance in Mask, was cast as Marty. Sheinberg was so confident in Stoltz that he assured Zemeckis that if it didn't work out, he could reshoot with someone else.

Stoltz filmed practically all of the film's iconic scenes, yet there was no disputing that he was wrong. While Stoltz was an excellent actor, his performance was overly dramatic and lacked the humorous element that the character demanded. The filmmakers contacted Fox once more (was he truly unavailable? ), and worked out an arrangement for him to shoot Back to the Future at night after wrapping Family Ties that day. Stoltz was informed by Zemeckis, who described the encounter as "the worst meeting I've ever had in my life, and it was all my fault." "I shattered his heart." Intriguingly, in the Stoltz version, Jennifer was played by Melora Hardin (later Jan from The Office).

Julianne Moore was fired from Can You Ever Forgive Me? by director Nicole Holofcener just six days before filming was scheduled to start. 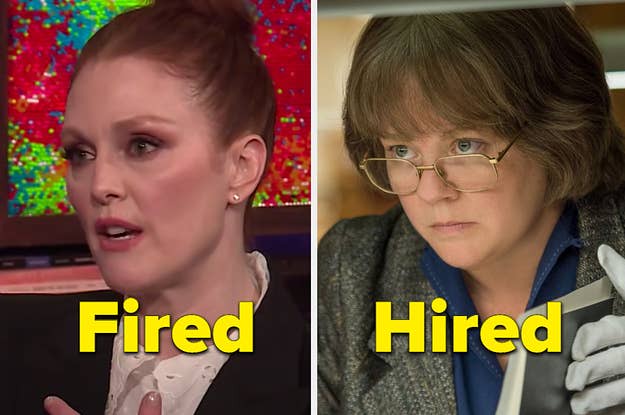 While the termination didn't happen on set, it was startling for an Oscar winner to be fired from a leading part so close to production. "Nicole fired me," Moore said Andy Cohen. That is, in fact, the case. I believe she objected to what I was doing. I believe her perception of where the character was differed from my perception of where the character was." She went on to say that it was the first time she'd been fired since she was fired from a yogurt business when she was 15 years old.

Moore intended to wear a fat suit and a prosthetic nose to more closely match the real-life person she would have represented, Lee Israel, according to co-star Richard Grant.

After a year's delay, the picture was finally completed, but without Moore or Holofcener. Melissa McCarthy starred in the film, which was directed by Marielle Heller... In the process, she was nominated for an Academy Award for Best Actress. (It's unclear if Moore will ever forgive Holofcener.)