By Greatyone (self media writer) | 4 months ago 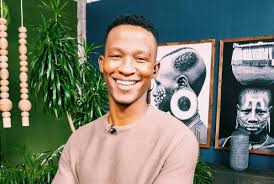 It's been a year since Katlego stepped away from the public eye following charges of adultery and domestic abuse made by his wife.

Katlego Maboe is currently struggling to pick up the pieces of his life after his contract with Mzansi was terminated as a result of a cheating controversy. Brands have dumped the media celebrity, and he has been dismissed from the TV show where he previously worked.

Katlego was also the face of the Outsurance commercials, and he was fired as a result of his appearance in them. Although his supporters begged the company to bring him back, the company opted to fire him and recruit someone else in his place instead. People, however, were dissatisfied with the outcome.

Katlego Maboe has been posting only good content and bible verses on his social media accounts since beginning his online activities in January. However, we've lately learned a little more about what's going on in his head, and it appears that the presenter wants to make a change in his life. He was reminiscing about the good old days when he was still working for the South African Broadcasting Corporation (SABC) on their morning espresso.

Katlego brought nothing but positive energy to the program, and he not only served as a presenter, but he also entertained the audience with his incredible skills. Artist posted a clip of them performing on his Instagram stories, claiming it was one of his best moments in the world. Katlego concurred, saying, "Wow, what a moment in history." The performance took place in March of last year.

Katlego appears to be at a studio on his following slide, and he has written "rebuilding" on the slide, an allusion to the fact that he is cleaning himself up and dusting things off.

He is also attempting to rehabilitate his public image, and one of the most effective ways to do so is to wipe it clean. That includes retraction comments from the persons he believes are responsible for ruining his reputation.

For Women: Here Are The Causes Of blood Clot During Menstruation