Connie Ferguson is a South African based actress born in Botswana. She is filmmaker, producer and businesswoman. She made her name on Generations and best known for that role as Karabo Moroka on Generations. She starred on the show from its start in 1994 until she exited in 2010, although she appeared some few years ago when the sopie returned as generations the Legacy. 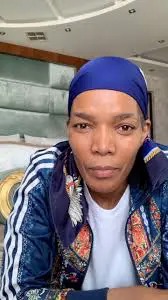 Together with her husband Shona Ferguson, couple built Ferguson films and production together. Many South Africans fell in love with this production company, because it was bringing new entertainment and culture on South Africa screens which was different with what was airing.

Now that her husband has passed on, she is now in charge of the company by herself, directing it.

Few days ago, we haven't learnt that she had fired one of the great actor on their sopie, the queen, SK khoza. Following his firing, now the well known actors under Connie's company are resigning and this put her under hot water.

With many actors resigning, this could mean the worst for Furgerson films. Shona must be turning in his grave seen all of this under Connie’s watch. What could this mean??? Is it the end of the Ferguson Films.