It’s Finally Over for R. Kelly after his Cellmate revealed this about him this morning.

By News_headquarter (self media writer) | 2 months ago

Following his most recent move, R. Kelly's cellmate has been making headlines. Take a look at The Shade Room's information. 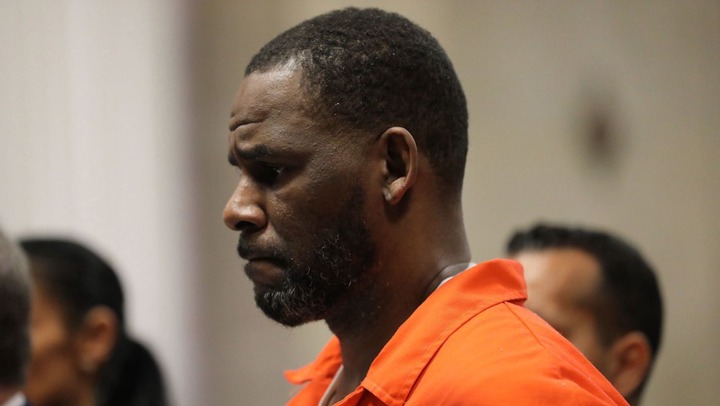 'It's been an exciting period behind jail,' TSR added. It doesn't appear that he's ever had a dull day, from protestors singing his songs outside the federal jail to his numerous requests for parole. Kellz, who is now the star of a comic book, appears to have gotten even more fascinating.'

'According to @nydailynews, R. Kelly's cellmate, who was proud of threatening to kill elected officials, has created a comic book depicting their life behind bars,' according to TSR. Brendan Hunt made the images, which show him and Kelly practising yoga together, in an attempt to seek a reduced sentence.'

'The comics depict Hunt and Kelly meeting in the cell and going about their daily lives as cellmates discussing music and doing yoga,' according to TSR.

'It's going to be a long road for Robert,' someone observed, while another commented, 'Awwwww I wonder what the Lifetime adaption would look like.'

'Oh, they're about to start performing yoga,' one person said. I'm looking forward to seeing what happens in the next issue of that comic...,' 'So my man's living his best life behind bars, is what you're saying?' said one commenter.

'And what are we going to do with this breaking news?!?' exclaimed another follower.

R. Kelly is contesting his federal racketeering conviction, according to TSR, and has enlisted the services of the high-profile attorney who helped Bill Cosby win an appeal in his sex abuse case.

According to the @chicagotribune, 'New York-based attorney Jennifer Bonjean filed her appearance in R. Kelly's case in United States District Court in Brooklyn, where Kelly was convicted last month of racketeering and sex abuse charges.' TSR made the observation.

'Bonjean told the Tribune she will lead R. Kelly's post-conviction motions, and if U.S. District Judge Anne Donnelly denies him a new trial, she will file an appeal with the 2nd U.S. Circuit Court of Appeals,' TSR continued. The requests for post-trial relief are due Monday, but Bonjean has requested a two-month delay from the court.'

Keep an eye out for more information on the subject, and make sure you're following the appropriate social media accounts.