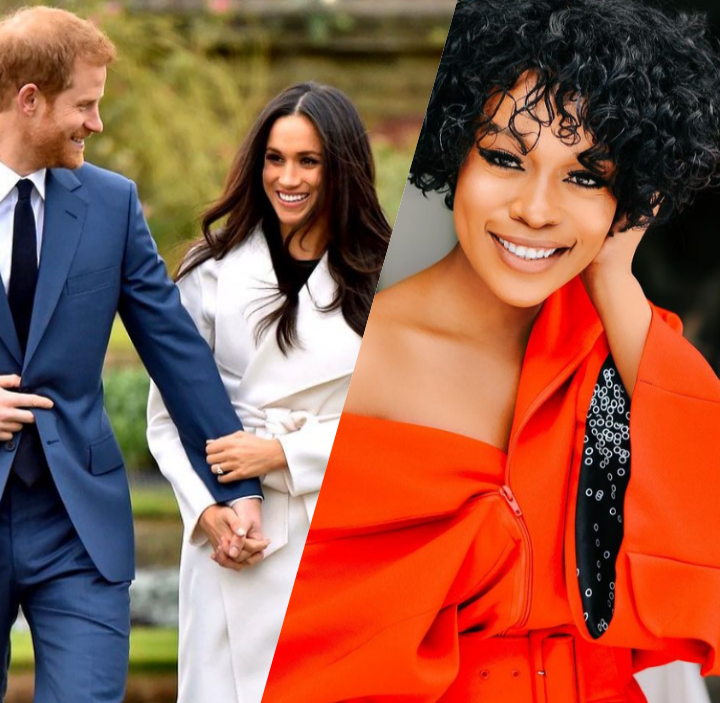 Nomzamo Mbatha is one of the most successful actresses from South Africa who are making it big in the United States of America (USA). She was born and raised in KwaMashu, KwaZulu Natal on 13 July 1990. Mbatha is not only an actress, she is also a human rights activist, television personality and businesswoman. Her brother Zamani Mbatha is also an actor.

Her acting career started 10 years ago in July 2012 when she auditioned for Mzansi Magic’s Isibaya where she played the main character of Thandeka Zungu-Ndlovu. Nomzamo auditioned in Cape Town and made it number one in 600 contestants. She then joined other shows like Tell Me Sweet Something, Umlilo and she hosted a reality travel show, Holiday Swap a few years later. In 2015 she became the first South African to represent Neutrogena. 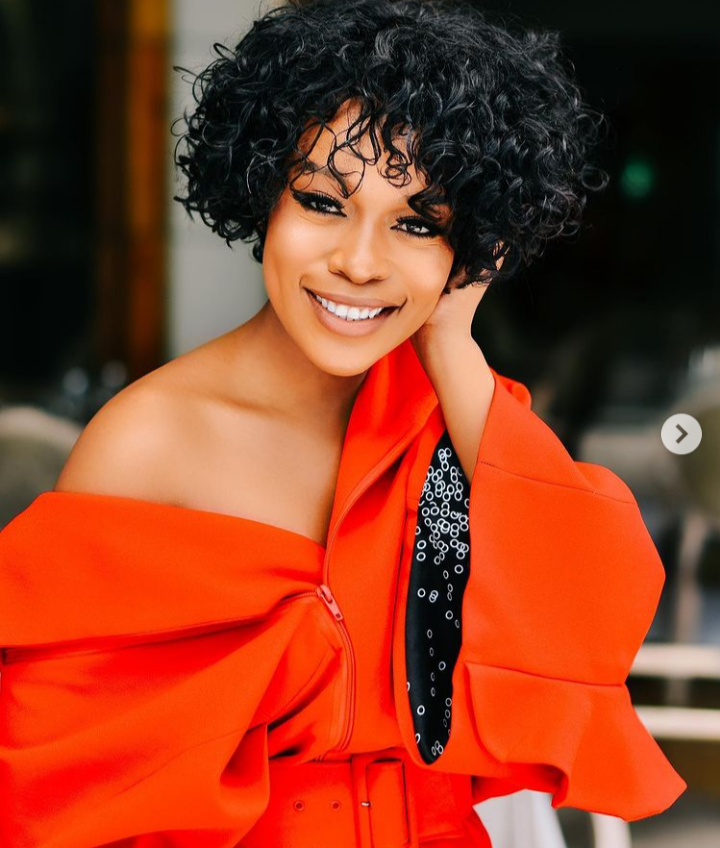 In 2019, Nomzamo moved to Los Angeles, California to make herself an international brand. She appeared along side Eddie Murphy in Coming 2 America. The film was released in 2021 and made a huge success. Soon after the film, Nomzamo signed with Creative Artists Agency, a talent management agency based in Los Angeles, California.

Recently Nomzamo was part of Global Citizen Live in Central Park, New York City, USA. She was also joined by Prince Harry and his wife Meghan Markel on stage. Global Citizen Live is all about making a change in the world's poverty and education. See the post and photos below: 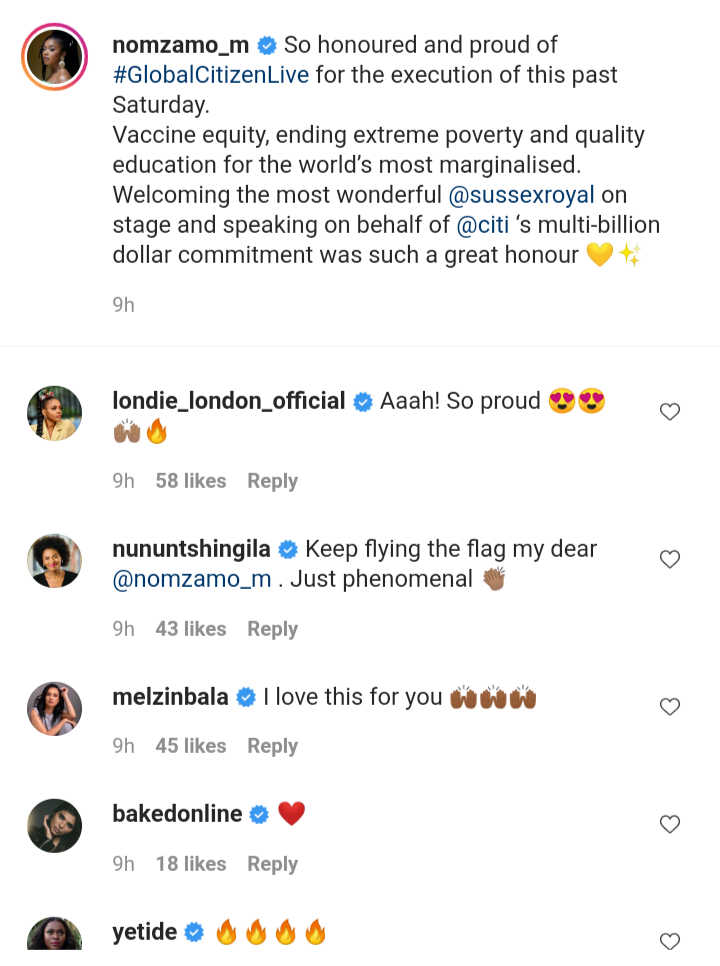 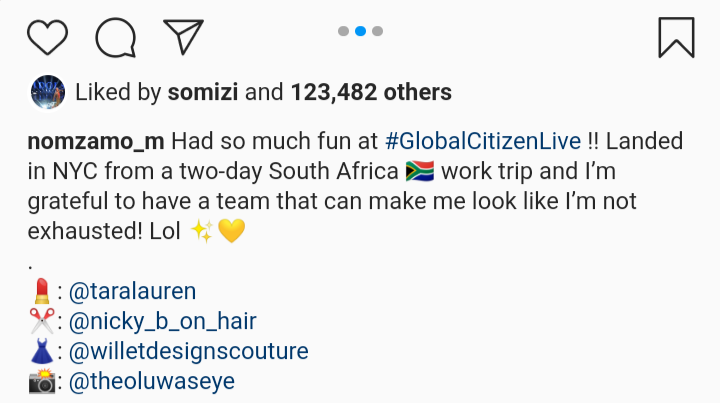 The event was live in more than 10 cities around the world. The cities included New York City in USA, Paris in France, Seoul in South Korea, Sydney in Australia, Rio de Janeiro in Brazil, London in Mumbai in India, Lagos in Nigeria and Los Angeles in USA. There were live performances from the likes of Coldplay, Ed Sheeran, Shawn Mendes, Elton John, Doja Cat, Zara Khan, David, Stevie Wonder, Demi Lovato, Sho Madjozi and many more. Nomzamo is familiar with charity work especially where she comes from in South Africa and in Africa. See pictures of some of her visits below: