Condolences pour in for Somizi Mhlongo 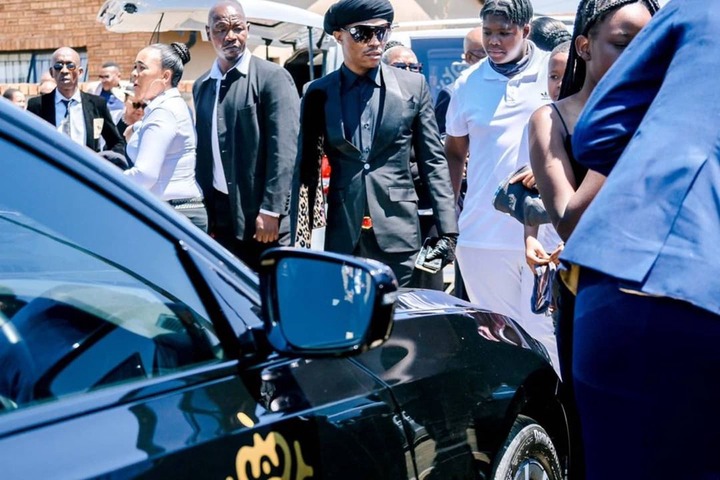 Somizi Mhlongo has taken to his social media accounts to share some tragic news, his older sister recently passed on and last week Friday, she was laid to rest. Somizi wrote on his Instagram that they had bid farewell to his mother's firstborn. “Last week Friday we bid farewell to my mom’s firstborn….my sister. She was a very private person and her wishes was that her send off shud be just that. And we made sure that we grant her that. It was a peaceful dignified send off….”. Somizi’s siblings are very private and viewers got their first glimpse of his brother during his wedding special with estranged husband Mohale Motaung. 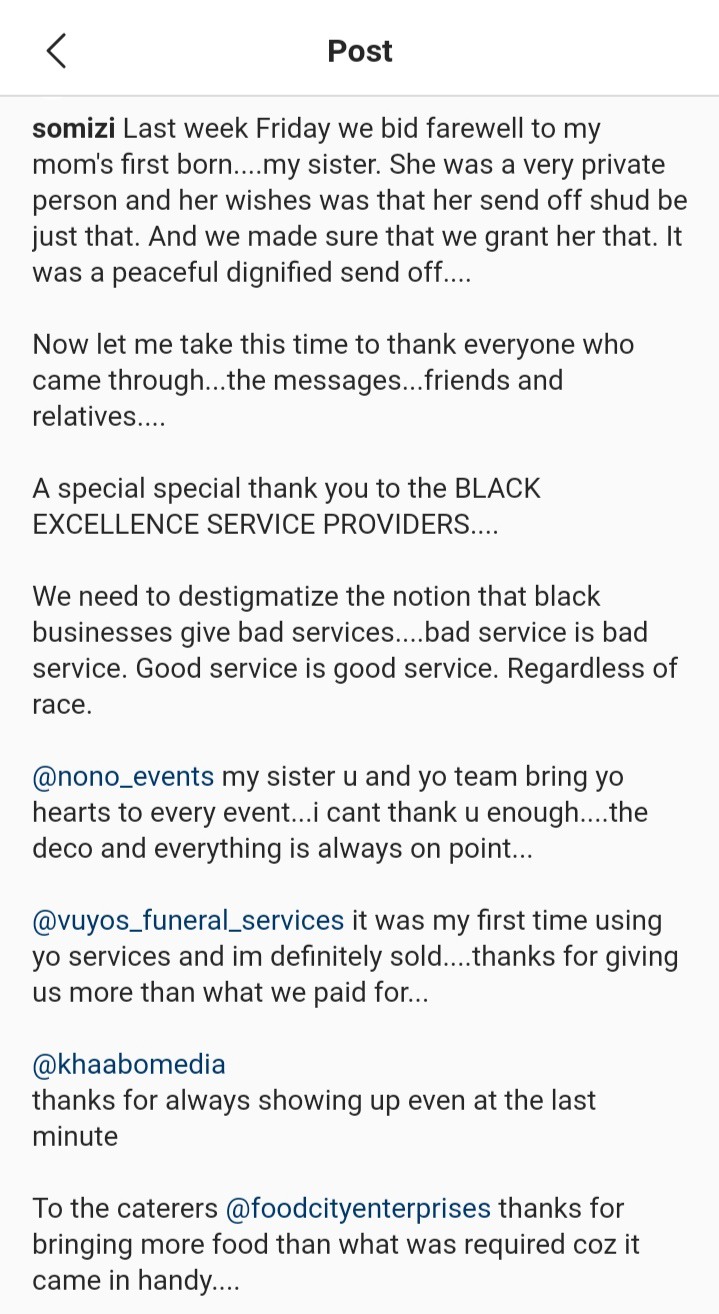 Many people were surprised to learn that Somizi's mother veteran actor Mary Twala had a daughter, people thought Somizi was the only child of his mother. Somizi did not reveal his sister's name in the post but shared several pictures of the dignified and beautiful sendoff. The media personality went on to thank those who came together to make the ceremony dignified. “Now let me take this time to thank everyone who came through…the messages…friends and relatives…. A special special thank you to the BLACK EXCELLENCE SERVICE PROVIDERS…. " Somizi’s family and celebrity friends were in attendance, long term friend Vusi Nova was pictured at the funeral, condolences poured in for the family. 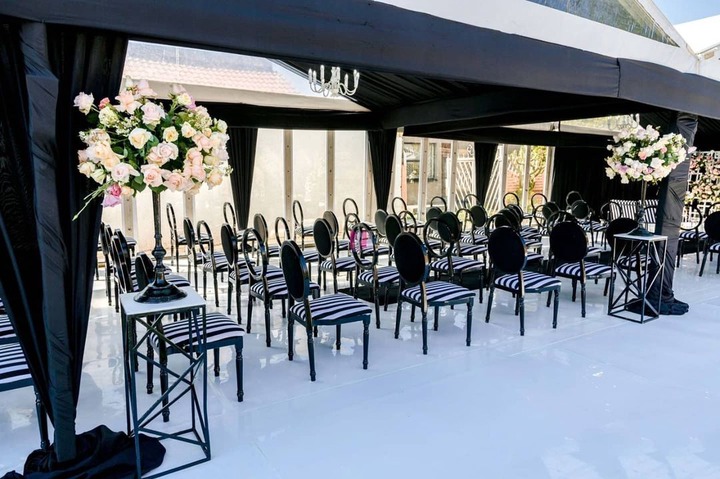 It's the choreographer's second loss in less than 2 years, he lost his mother Mary Twala in July 2020 after a short illness. She was 80 years old. Somizi's was just 17 when his father Ndaba Mhlongo died back in 1989. Ndaba Walter Mhlongo was a South African actor and choreographer best known for his role as Mshefane. Somizi was born of famous parents but was the only one from his siblings who remained in the media's spotlight.

For the ladies: 35 elegant African styles that will make you look gorgeous

Skin Bleaching Is Allegedly Ruining Khanyi Mbau's Face, Here's What She Looks Like

MacG hits Back at Minnie Dlamini-Jones and all his Haters