Discover the rhythm behind Afrobeats

By LesetjaThema (self media writer) | 1 year ago 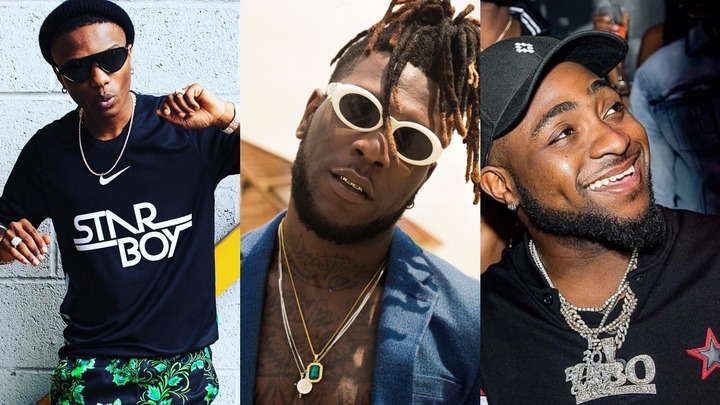 Afrobeat(s) has been a term that has many people excited and confused at the same time. Why, you ask?

Well, because the origin of Afrobeat came from Nigerian legend Fela Kuti, a genre in which he pioneered in the late 70’s. Not to mention the Black Panther movement in America inspired Fela’s music which lead to lyrics that criticized political and social injustices.

This distinct Western African sound has now evolved and become a catalyst for African pop music today. However this is just a slice of the pie because Africa has always had a wide range of music hailing from different regions. Makossa from Cameroon, Kwaito & Gqom from South Africa and Highlife from Ghana.

Although the confusing aspect about all of this is how Europeans and Americans have coined the term Afrobeat(s) as the current wave of pop music coming out of Africa, Western Africa to be specific. And what they need to realise is that Africa is not a monolith and neither is our music.

“Afrobeats, as the western narrative has termed it, is no genre. Instead what it refers to is the pop music emanating from the growing African music hotbeds of Nigeria, Ghana, Congo, South Africa and many others.”

The same way genres like Country music, Hip Hop, Jazz, Blues, Rock, RnB have co-existed in the same space in the U.S for so long, is exactly the same for African music. Therefore to an outsider most African music may sound similar but if you’re African you will most likely be able to tell the difference.

The Afro wave has been going on for a while in Africa with smash hit records like 2Baba’s African Queen in (2004), Nwa Baby by Flavour (2010), Oliver Twist by D’banj (2012) and Ojuelegba by Wizkid (2014). It just so happens that the world has caught on to the sound in recent years. The biggest example of that was Drake’s no.1 hit record ‘One Dance’ ft Wizkid and South African producer, DJ Maphorisa, in 2016.

Prior to that artists like P-square, 2baba, Wizkid and Davido have been releasing mega hits on the continent.

If there is a man that was winning in 2019 it has to be Burna Boy. After releasing his album ‘African Giant’, he has been on the forefront of the “afrobeat(s)” movement, which also warranted him a performance at Coachella.

More importantly in August of 2019, Nigerian artists like Burna Boy seemed to be excelling on the Billboard World Digital Songs Sales Chart. Wizkid’s feature on ‘Brown Skin Girl’ by Beyonce took the top spot for 2 weeks, whereas Davido’s ‘Blow my mind’ ft Chris Brown stood at number 3. While at the same time Burna Boy earned 2 new entries to the chart with songs like ‘Pull up’ and ‘African Giant”

However in his first interview on the Breakfast Club, Burna Boy referred to the music that he makes as Afro-fusion.

“Afrobeats is a collection of different types of Afro, there’s Afro-pop, Afro-swing, Afro-reggae and Afro-fusion, which I created.”

Afro-fusion is a combination African music with elements of other outside genres such as hip hop, dance hall and house music.

These replacement names have yet stick and even more troubling, the ever-present “afro” prefix still follows the tradition of portraying Africa in monolithic terms. A much simpler and respectful solution, is to refer to what is currently known as Afrobeat(s) as pop music from a specific country and to other established musical styles by their local names — “Highlife”, “Fuji”, “Gqom”, “Bongo flava” and so forth, equipping new listeners with the right vocabulary to experience the varying cultures. — Korede Akinsete

Quite possibly the biggest artist coming out of Nigeria has been Davido for the past 5 to 6 years. He’s renowned for a number of collaborations with a number of different artists. He’s had features from American superstars Rick Ross, Chris Brown and Wale; a hip hop feature on Nasty C’s remix of ‘Juice back’ and a feature with Afro-Pop sensation Mafikizolo.

I think it’s safe to say that Davido has played a huge role with pop music emanating from Africa for a while now. Afro-fusion definitely applies to not only the kind of music he makes but also the influences that he’s had. I mean he probably had the biggest song of 2018 with his mega hit ‘Fall’.

Whereas Nigerian artist, Mr Eazi has contributed to the more relaxed RnB feel he puts on a slowed down beat with hard bass and drums, that still gets the people dancing anywhere. He also pioneered Banku music, which is a fusion between Ghanaian ‘highlife’ and the use of Nigerian chord progressions.

In a similar vein, Mr Eazi has redirected the pop wave, stripping it down to its essentials. The slower tempo and laidback vocals of his breakthrough single, Skin Tight….have become Eazi’s signature. Oozing an irresistible sense of chill, his music has shifted the genre once again, and prompted other artists to try and hop on his mellowed out vibe. — Jessica Kariisa

Afro-Pop was pioneered by legendary South African artist, Brenda Fassie in the 80’s. However some of her music had American influences. For instance the rhythm and melody in her smash hits ‘Weekend special’ and ‘Ag shame lovey’ are reminiscent of the funk music made by artists like Earth,Wind & Fire. Although the rest of her catalog consists of a lot of indigenous music too.

Then came a group called Mafikizolo who grew the Afro-Pop sound into the rest of Africa. They started by making what most would consider as wedding music but overtime they tapped into a different style and started making dance music. Including collaborations with other African artists like Davido, Uhuru and May-D.

Check out their video for Happiness featuring May-D.

Now, cue the wave of Gqom music coming out of the streets of Durban. Gqom is electronic dance music that created a storm since 2016, with artists like Babes Wodumo getting her hit song ‘Wololo’ played in the Black Panther movie and a feature on the soundtrack album.

She also did a track with Major Lazor called ‘Orkant/balance pon it’, which was shocking to me because some major international artists tend to switch things up (like ruin the song) on a genre they aren’t familiar with but Major Lazor kept the beat and the feel of the song very African and ready for a party.

Check out behind the scenes footage for the music video — Gqom to the world!

Lastly, who can forget when major Nigerian artist, Patoranking, did a track on a gqom beat. I mean ‘Available’ is a banger! It’s not often you see African artists borrowing sounds from other countries and use their own indigenous lingo on it too.

What it really boils down to in the end is how we as Africans need to start packaging our music to the world the way we want it to be seen. We can’t allow anybody other than ourselves to tell us what kind of music we are making. We can’t ignore that ‘afrobeats’ is a term used by non-africans more than anyone else, so then does it really make it ours?

All I’m saying is that the love that African music is getting from the rest of world is amazing, overwhelming and to a certain extent not much of a surprise. We have always known that our music is great, now we need to educate the world about where in Africa our music stems from.

Content created and supplied by: LesetjaThema (via Opera News )