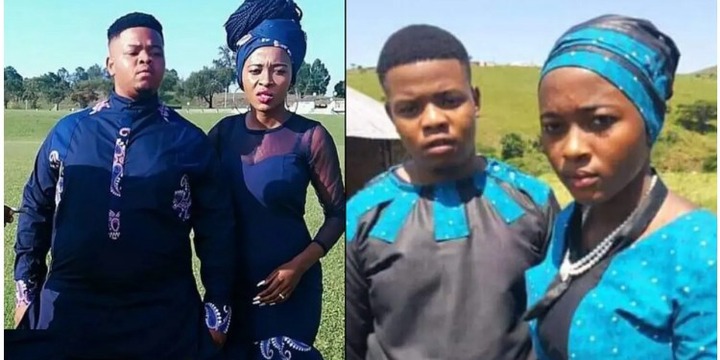 Thando also known as the young bride to a young Siyacela from Isencane Lengane has passed her matric with distinctions. They started dating in 2018 and started got married in 2019. When they got married, they were both under the legal Mzansi age which is 18. Thando was 15 and Siyacela was 17. South Africa was outraged at the marriage as they were still teenagers, also the fact that Siyacela has a very backward way of thinking.

People have always felt that Thando was trapped in this marriage and now, all hope for Thando having a shot at a better life has been restored.

A Twitter user with the handle @mbali_ndlela tweeted a picture of Thando with the caption, “Bathi uThando passed matric with 4 distinctions, (IsiZulu, English, Life Sciences, Maths) #Isencane Lengane. ‘ Bathi ‘ means people say, or rumor has it. Mbali was also uncertain but many people say she got a bachelor’s pass.

Siyacela’s family confirmed the news when they posted her pictures on social media, congratulating their new bride. Mzansi was disappointed at this as they have never posted anything when Thando was being mistreated by their son. 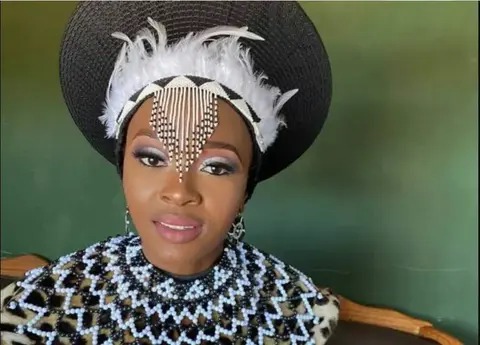 The country holds thumbs up

South Africa views Thando as a young girl deprived of integral parts of her childhood by her feelings. In a way, most people saw parts of themselves in her, in the sense of love driving them to do what isn’t best for them.

Now her fans are urging her to dumb her husband to go and study so she can become an independent woman.

‘Now she needs to divorce that other guy, who can’t see books but can see women’s curves,’ said one fan.

‘She must come to study in JHB, a bone life outside the village’, one Tweep commented.

Initially, the two got married with the intent of a happily ever after however, Siyacela kept disappointing Thando. He didn’t try getting an income, he left Thando at home for months without any contact. Siyacela also found himself a new girlfriend called Manto in Durban. He proposed to her and went to make her his second wife. After a while, he dropped out of high school claiming that he couldn’t understand what his teachers were teaching.

Mzansi is incredibly proud of Thando, many people are holding thumbs that she leaves her husband and goes to study further.

" It got that simple romantic love" A lady left Mzansi impressed after showing off this bedroom.