By NokulungaMthembu (self media writer) | 2 months ago 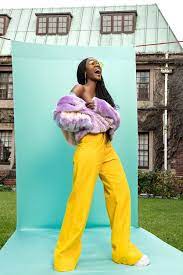 They say it may take years to become a success in the film and television industry, and in the case of our lovely young rising star Ama Qamata, nothing defines her career more.

To many of us, the 23-year-old actress seems to have become what we call an overnight sensation, thanks to the success of Netflix’s original series; Blood & Water, in which she plays the role of Puleng Khumalo.

When she was 16 years old, she started acting professionally in her first big television show on SABC1’s My Perfect Family. She also featured in a BBC drama series in 2013, but it was her role as Puleng on Netflix’s hit series that made the young lady a known star.

Ama whose full name is Amamkele, born in the small town of Cala in the Eastern Cape, her journey seems to be one written in the stars from birth, starting with how she got her name. While she was pregnant, Ama’s mother got a vision to name her daughter Amamkele, which means “to be accepted/welcomed” — and the world has definitely welcomed the young actress. 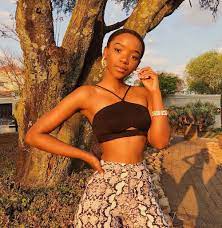 The young rising star seems to be moving forward and upward. She continues to shine as she wows Mzansi with her sweet young face and excellent acting. Her newly found fame has opened other doors for the young actress such as becoming a brand ambassador for Mr Price and Adidas.

In a year that has forced many of us to introspect and dig deep, what is the biggest lesson she has learnt? “Nothing beats hard work and prayer. My relationship with God grew so much this year and I’m so glad that I decided to lean on Him during one of the craziest and busiest years of my life so far. I’ve learned to put Him before anything else because He is the master of time and ahead of everything. I know I’m preaching but God has just been so faithful to me and I think He deserves a shoutout,” she said in an interview with Sowetan. 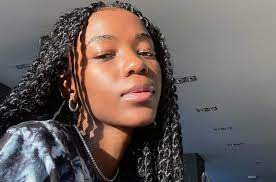 Ama is proof that trusting God with all your heart is definitely rewarding. As the scripture says; When time is right, I, the Lord will make it right. Early last year Ama turned down a scholarship to study film at the New York Film Academy, little did she know that an opportunity of her lifetime was coming up.