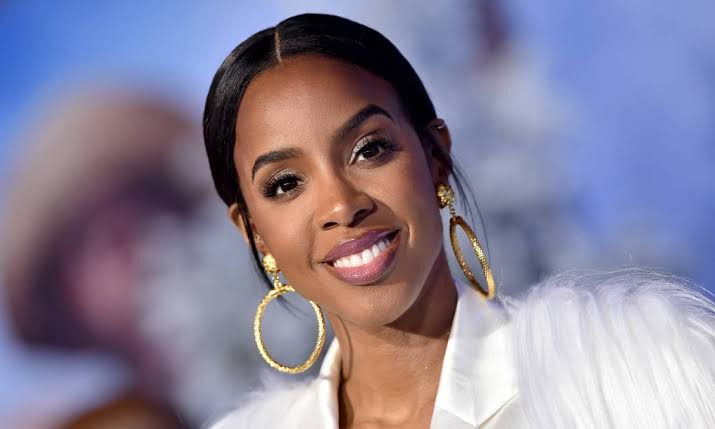 The beef started buy this pillow pictures that you see as they have worned, nearly the same swimming costumes, that's where it all began. 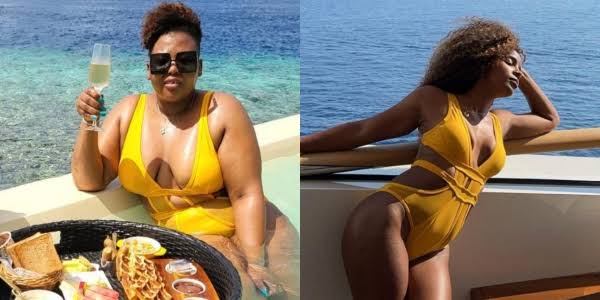 Mzansi is convinced that Kelly Rowland's through some more shade at celebrity troll Anele Madoda. This came after she wore a similar green dress that Anele Madoda wore.

On this new beef between them, Anele is wearing an olive green blazer dress and some white flat shoes. Kelly Rowland is wearing a dark green dress with a completely different design and some black tight high boots. That's why social media was convinced that Kelly Rowland's wore a similar looking dress to try and make Anele eat her words. And it's not the first time that the two will wear nearly similar sayings to the other as you can see with the picture below too. 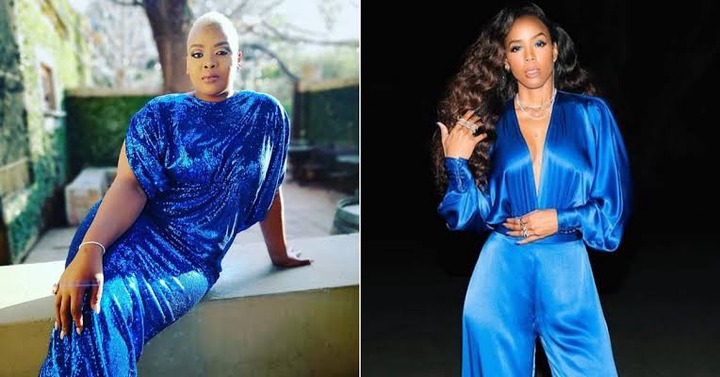 But sometimes when you look at the outfits, there is no comparison whatsoever and maybe social media is probably doing this to make her feel bad for saying what she said about Kelly Rowland. 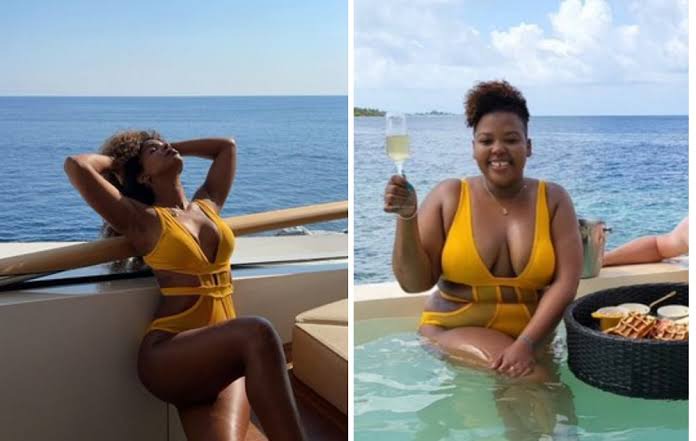 This beef started when Anele responded to Sizwe Dlomo on his street where he tweeted and said: "Kelly Rowland's is lowkey the best-looking member of Destiny's Child." That's what Anele disagreed on and said responding to Sizwe Dlomo: "Kelly looks amazing with make-up. Take that make-up off then it's tickets. I have receipts," responded Anela. 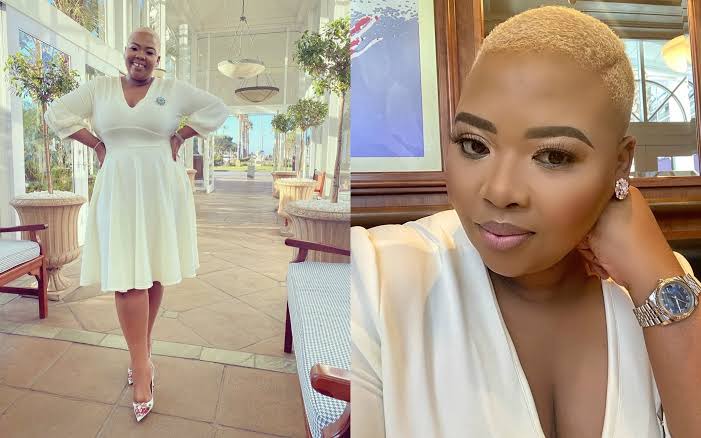 She tried countless time to defend herself for the past two years, saying that she did not say Kaylee is ugly.

Kelly then decided to take a first job at the media personality when she posted herself wearing the same exactly mustard bikini suit that you see here on the pictures, and this was just saying beginning that Anele wore at the Maldives, while Kelly wore it in a vacation in Italy.

This is what the beef is all about between the two of them, and Mzanzi is convinced that Kelly Rowland shaded Anele once again by wearing the very same colour dress that Anele wore.

The new one is that of Anele wearing an olive green blazer dress and some white flat shoes. Kelly Rowland is wearing a dark green dress with a completely different design and some black tight high boots. That's the new shade between them, according to Zalebs media publication.