Another celebrity has been killed on social media

By Mzansicelebritynews (self media writer) | 10 months ago 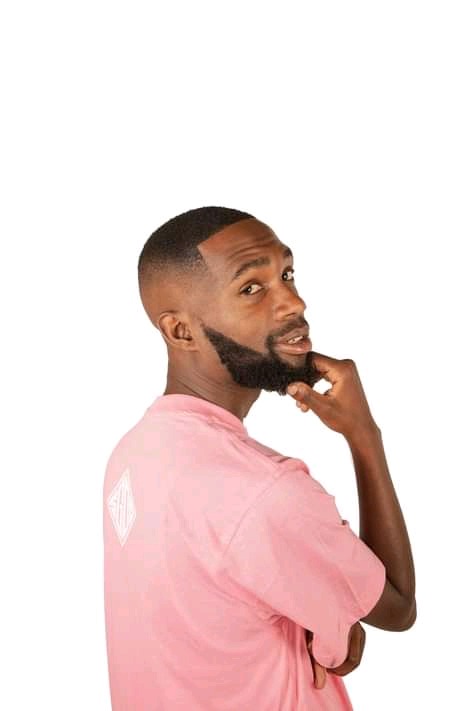 IT is becoming a norm now for celebrities to be killed on social media and people seems not to be stopping it, no matter how many times they have been reprimanded and warned about spreading death hoax but the situation is getting from bad to worse.

Recently, a musician, Zola 7 even made a video reprimanding those who have "killed" him. He even asked what is it that people are gaining from creating fake stories about deaths. 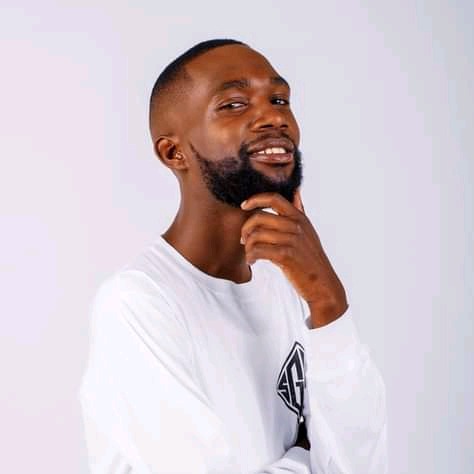 The recently one is the musician, Jobe London, who has fallen a victim of such death hoax. Someone spread fake news that he has died. Even now we do not know where they got those news.

Rumours that spread on social media said that the Amapiano star, Jobe London has died after being sick. Strange enough,that was not true at all as the artist has slammed those fake news and stated that he is not even sick,leave it alone of being dead. This is really going far with celebrities becoming a victim of death hoax.

However, Jobe London, whose real name is Thabang Thanyane,did not take it lying down. He decided to put a stop to this by making an example that will set off others who will think to create such fake news.

Jobe London approached his lawyers and from the consultation, his legal team resolved in taking legal actions against the perpetrator.

In a statement he post on his Facebook pages, his laywers stayed that they have met him and after their consultation, it became apparent and clear that both conscious and legal issues were breached through spreading of rumours in relation to false death reported through various social media accounts.

The statement further mentioned that Jobe London has advised his lawyers that previously claims have been introduced in the effect of false rumours declaring an unknown illness.

Furthermore the statement reveals that it is a case of concern wherein such rumours cause prejudice and harm to the character, personally and psychological well being of Jobe London.

Although it is commonly known that the constitution provides for numerous freedoms whether freedom of speech or expression it should be duly known that despite the freedoms certain limitations are curtailed.

As under the auspices of law, the defamation will result to either criminal or civil action. 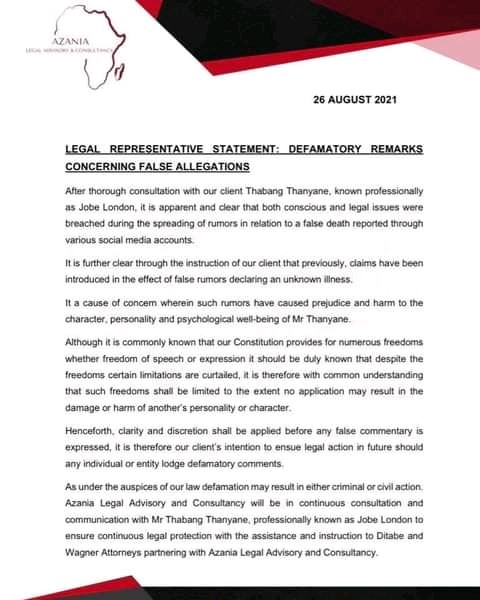