Jub-Jub looking for peace? He plans to do the following regarding his rape allegations 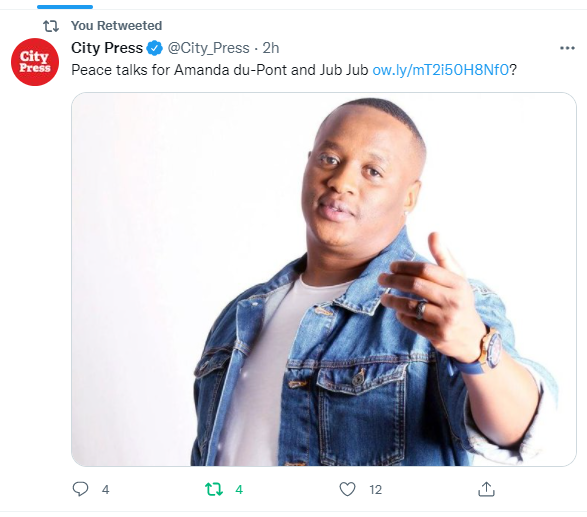 The on-going court battle between media celebrities Amanda du-Pont and Molemo "Jub Jub" Maarohanye is due to take an unexpected turn this week. According to sources familiar with the situation, Du-Pont and Maarohanye are expected to meet tomorrow through their legal counsel to clear the air and seek a means to resolve the charges leveled against them without going to court.

Additionally, sources informed City Press that Maarohanye retained the services of renowned legal genius Advocate Barry Roux to represent him in the issue. Du-Pont accused Maarohanye of raping her for two years over a decade ago a week ago. 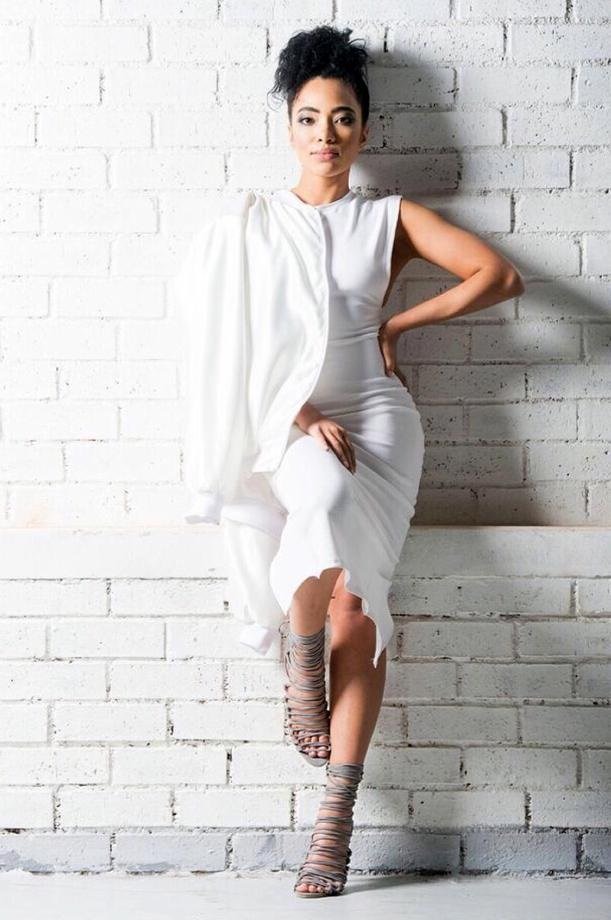 This came when Maarohanye appeared as a guest on the YouTube channel Podcast and Chill with Macgyver "MacG" Mukwevho, where he revealed that he was dating Du-Pont and characterized their sexual encounters as "smashing." The two issued comments indicating that they will file charges against one another, but have yet to do so.

According to a person familiar with the situation, Du-Pont and Maarohanye agreed to meet to settle the subject outside of court.

According to the source:

Jub Jub's attorney has written to Amanda's legal team requesting that she refrain from publicizing anything about him. Additionally, he said that they must meet to see if they can resolve this situation without going to court. Additionally, the source stated that Maarohanye retained Roux as his attorney after he was unable to get the services of prominent lawyer Dali Mpofu. 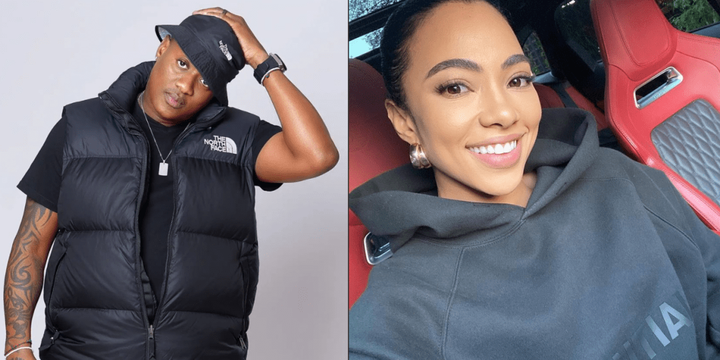 "Yes, I am his attorney, but we as attorneys often refrain from commenting because I would be at a loss for words. I'm sure I'd say dumb things," Roux said yesterday. "He was informed that Dali is now involved in a number of other instances," the insider said. Barry is an ideal match since he will seek to ascertain the truthfulness of the charges and will pursue the accusers personally if the issue proceeds to court.

"Things were disclosed, including claims that Amanda paid more than five visits to Jub Jub in jail. Thus, in order to prevent a protracted and dramatic questioning in a public court of law, it will be in everyone's best interest to hold this meeting." According to another source, if the discussions fail, Maarohanye intends to file a civil complaint against the Skeem Saam actress. 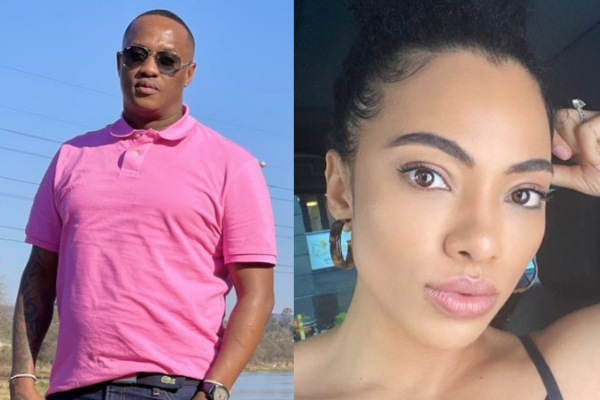 "He lost revenue from Moja Love, which is his only source of income as one of their top program presenters," the insider said. "Other parties concerned just want the dispute resolved and believe that the judicial confrontation would exacerbate the situation," another person said.

"I am aware that individuals attend private gatherings. As far as I am aware, the lawyer is supervising the matter." Andile Ngcobo, a representative for the Maarohanye family, refused to comment on the happenings. "I cannot claim that we have progressed or regressed on this issue. "As far as I am aware, there has been no contact," he said.

Tony Mathe, Du-attorney, Pont's said that they would be able to make announcements on any fresh developments today. 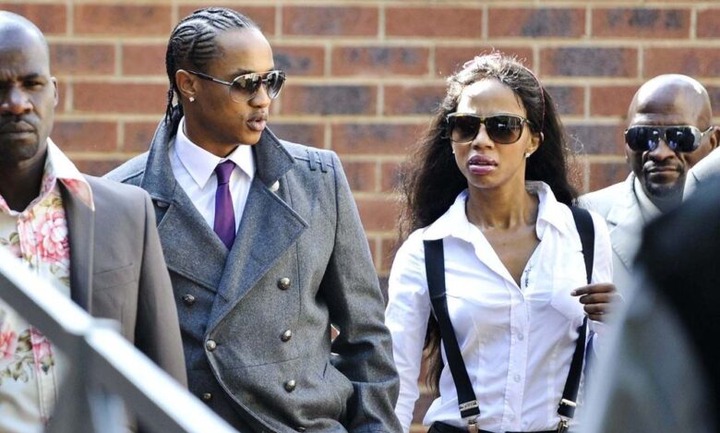 By Sunday, we'll have an update. From next week on, it's going to be quite intriguing. He refuses to confirm or deny knowledge of a Du-Pont-Maarohanye meeting. "I am not able to confirm any meeting. I will refrain from commenting on the meeting. "I am unable to speak at the time," he said. The Uyajola 9/9 presenter was suspended from Moja Love after his comments on Podcast and Chill with MacG, which prompted many women to go to social media to make rape charges against him. 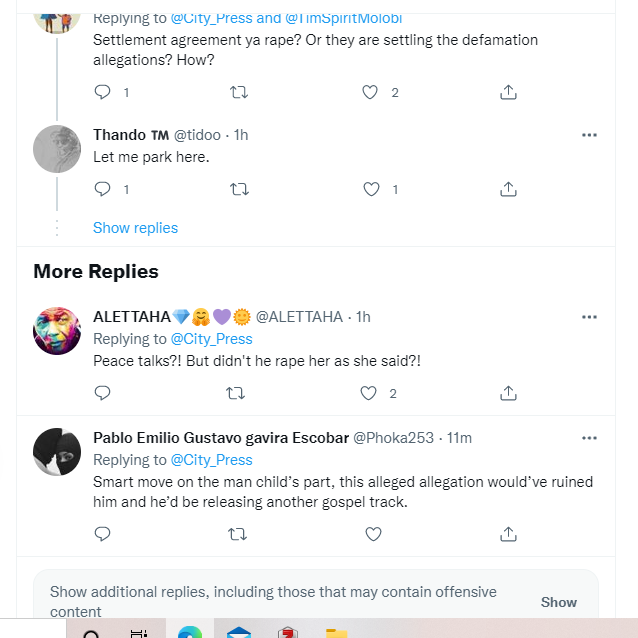