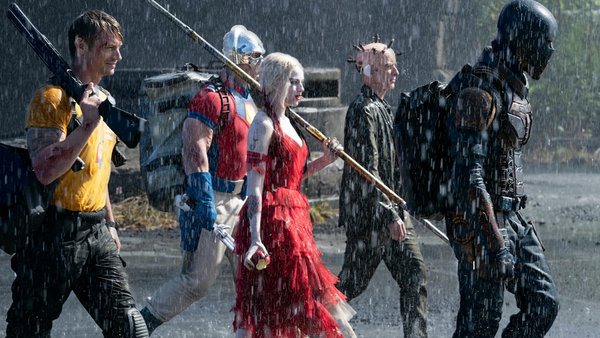 Even though The Suicide Squad premiered on HBO Max the same day it was released in theaters in the United States, there was still a reasonable anticipation that a large-budget film like James Gunn's The Suicide Squad would draw many people to see it on the big screen.

Despite receiving positive reviews from reviewers, the $185 million tentpole only made $167.4 million globally.

The film's commercial failure was attributed to a number of issues, including the pandemic's ongoing troubles, its HBO Max release, a smaller cast than the previous Suicide Squad, and, above all, bad promotion, specifically confusion over whether the film was a sequel or reboot.

It's a disappointing end for a picture that was everything the original should've been: darkly funny, R-rated, and with a clear understanding of the titular squad's dynamics.

The great irony is that Gunn's film, a complete work done with no studio involvement, bombed at the box office, yet its 2016 predecessor, a sloppy, frankensteined mess filled with executive meddling, was a big hit, grossing $746 million.

While a Peacemaker series starring John Cena is planned to premiere early next year, The Suicide Squad's poor global box office performance virtually guarantees that we will never get a direct sequel to this fantastic superhero film. What a disgrace. 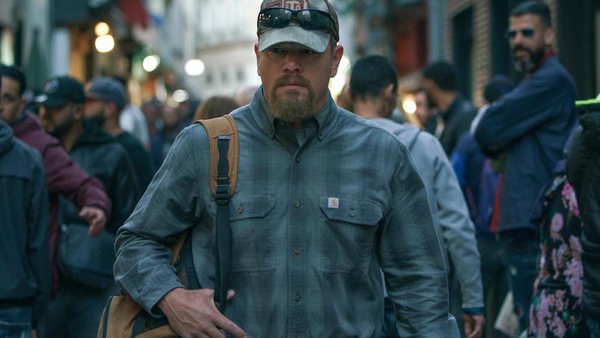 Dramas geared to older audiences have struggled more than any other genre in the face of the epidemic box office, as the excellent Matt Damon-starring film Stillwater shown.

Despite Damon's involvement, an intriguing ripped-from-the-headlines storyline, Oscar buzz, and positive reviews, the picture failed to repay even its modest $20 million budget, grossing only $19.7 million worldwide.

Stillwater's huge underperformance was mostly attributed to its key demographics - middle-aged and older audiences - not yet feeling safe returning to theaters and instead opting to wait until it was released on VOD services a few weeks later.

Furthermore, Amanda Knox, whose murder trial the film is based on, condemned the film on Twitter the day before it was released, which undoubtedly didn't help matters.

Still, it's possible to imagine Stillwater doing well in front of COVID and becoming a great economic hit, but this isn't the type of film that people - especially older viewers - are going to the movies to see right now. 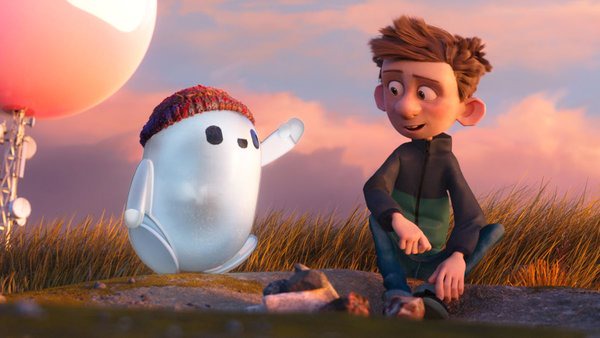 Disney's animated film Ron's Gone Wrong was one of the year's more perplexing box office misfires, despite boasting a funny idea and lovely animation - plus, you know, actually being a nice movie - it was effectively sent out to die by the House of Mouse.

Animated films are another genre that has failed to prosper in recent years, owing in part to a lack of vaccination availability for children, which has led to studios releasing many of their biggest animations on streaming services instead.

Because Disney inherited the picture from Fox, and contractual barred them from distributing it directly on Disney+, the film was effectively released in theaters with only a rudimentary marketing campaign.

As a result, public recognition was exceedingly low, and with a dearth of significant A-list voice performers to boot, Ron's Gone Wrong has only grossed $58.4 million worldwide to far.

It's a sad destiny for one of the year's most unexpectedly good animated flicks, though one that most people will likely find on Disney+ instead. 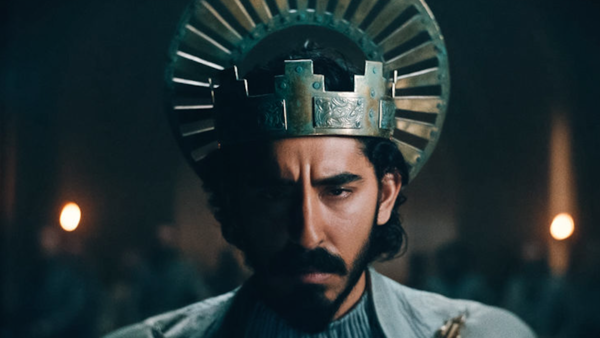 Nobody expected David Lowery's The Green Knight to be a great box office hit: the $15 million arthouse medieval epic was an A24 film in every sense of the word, destined to repel general audiences despite its eye-popping promos.

Despite its remarkably low budget, it just just made back its money, grossing a meager $18.9 million globally.

This can be attributed to a low-key marketing strategy and a "C+" CinemaScore, which combined to ensure that the picture never had a chance to break into the mainstream.

When you add in a piecemeal foreign release (it didn't even get a theatrical release in the UK), it's no surprise that Lowery's film bombed, especially in this selective cinemagoing climate.

Given that it's one of the year's most daring and innovative pictures, it deserved a better fate, but it'll almost probably finish up making significantly more money on streaming in the long run. 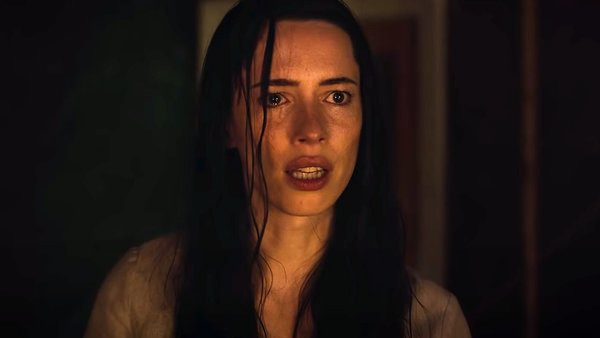 Because of their often lesser budgets and tendency to skew towards younger audiences, horror has been one of the most consistent performing genres at the box office during the pandemic.

Despite a set of appealing trailers and a wide U.S. distribution in 2,240 theaters, David Bruckner's latest psychological horror The Night House was an irritating exception, grossing only $15.2 million worldwide.

The film's bleak "C-" CinemaScore was undoubtedly the main reason, reflecting the fact that it was more of a character-driven drama with horror overtones than the more conventional spook-fest depicted in the trailers.

Despite this, this was a picture that deserved to be a success on par with A24's biggest horror hits, such as Hereditary and Midsommar, because to its strong technical execution, captivating story, and Rebecca Hall's fantastic performance.

Instead, it came and passed without a second glance from the general public. 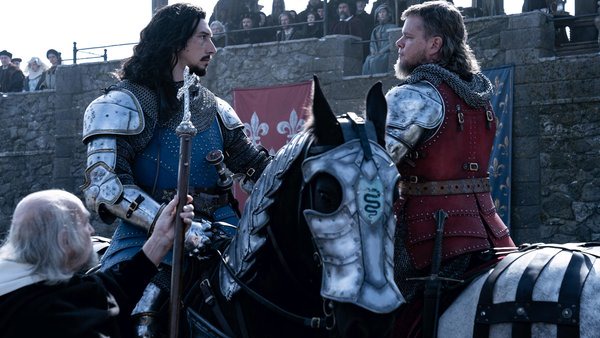 Given its all-star ensemble, amazing production qualities, and the clout of being directed by one of the world's greatest filmmakers, the $100 million historical epic had a lot of appeal on paper.

Despite receiving positive reviews and generating plenty of awards buzz, the film underperformed, delivering Scott his worst opening weekend of his career, leading to a dismal worldwide revenue of $29.3 million.

The reasons for the film's commercial failure are numerous; most notably, the elder audiences that the film was primarily aimed at are still staying away from theaters and merely waiting for the picture to be released on streaming.

Furthermore, it was released during a particularly crowded period for the box office, competing against No Time to Die, Halloween Kills, and Dune, and many were likely turned off by its sensitive subject matter, which is hardly the type of glossy event likely to entice moviegoers back to the theater.

It's a terrible shame for one of the year's most well-crafted and brilliantly acted big-budget films, while Scott's claim that attention-deficient millenials are to fault is ultimately absurd.

Don't be surprised if Hollywood waits a long time to make another real, big-budget medieval epic. 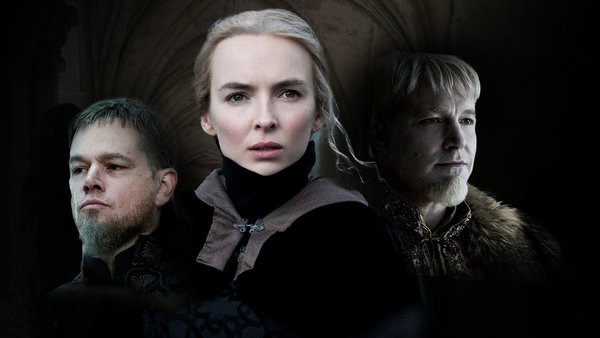