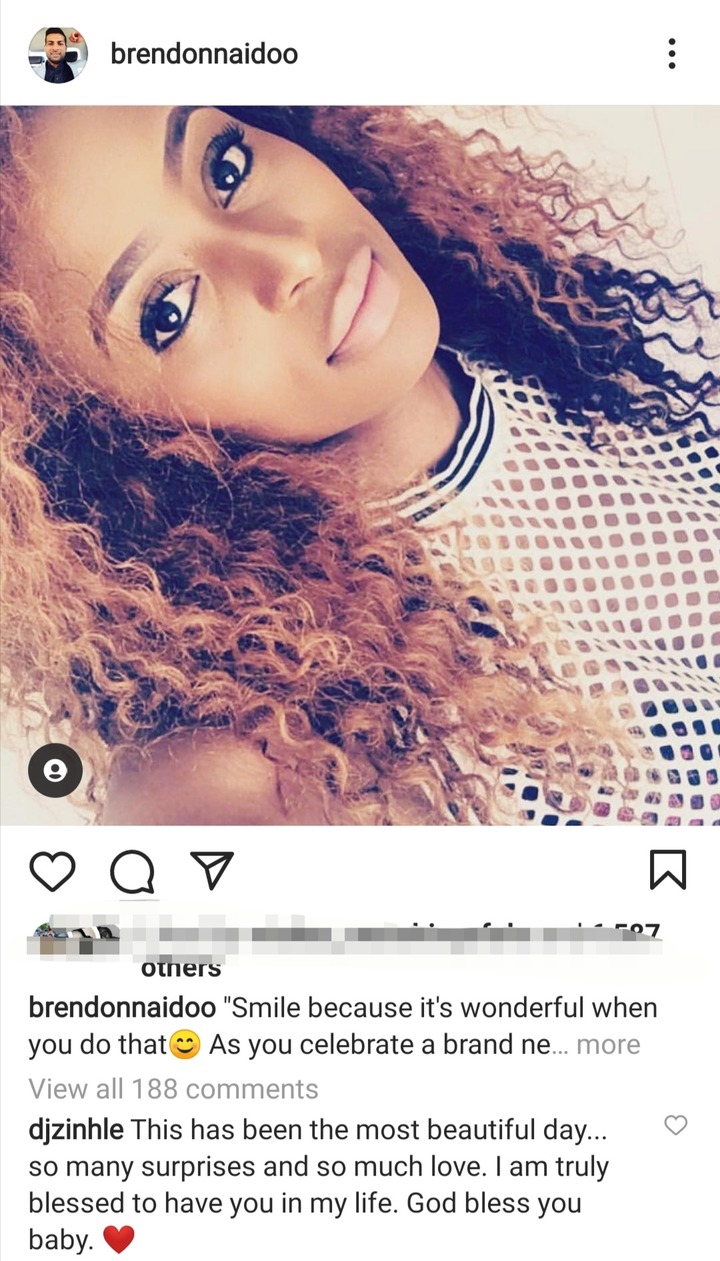 Brendon and DJ Zinhle started dating in late 2016, a year after Zinhle left AKA (exposing him for cheating on her in the process). Despite the couple's shaky start, Brendon quickly won Zinhle's fans' favor by showering her with gifts and treating her like a queen.

Their relationship appeared to be developing with time until Brendon was charged with fraud, which threw a wrench in the works. While the reports about his approaching trial were frightening, Zinhle appeared to be standing by her man during this tough period. 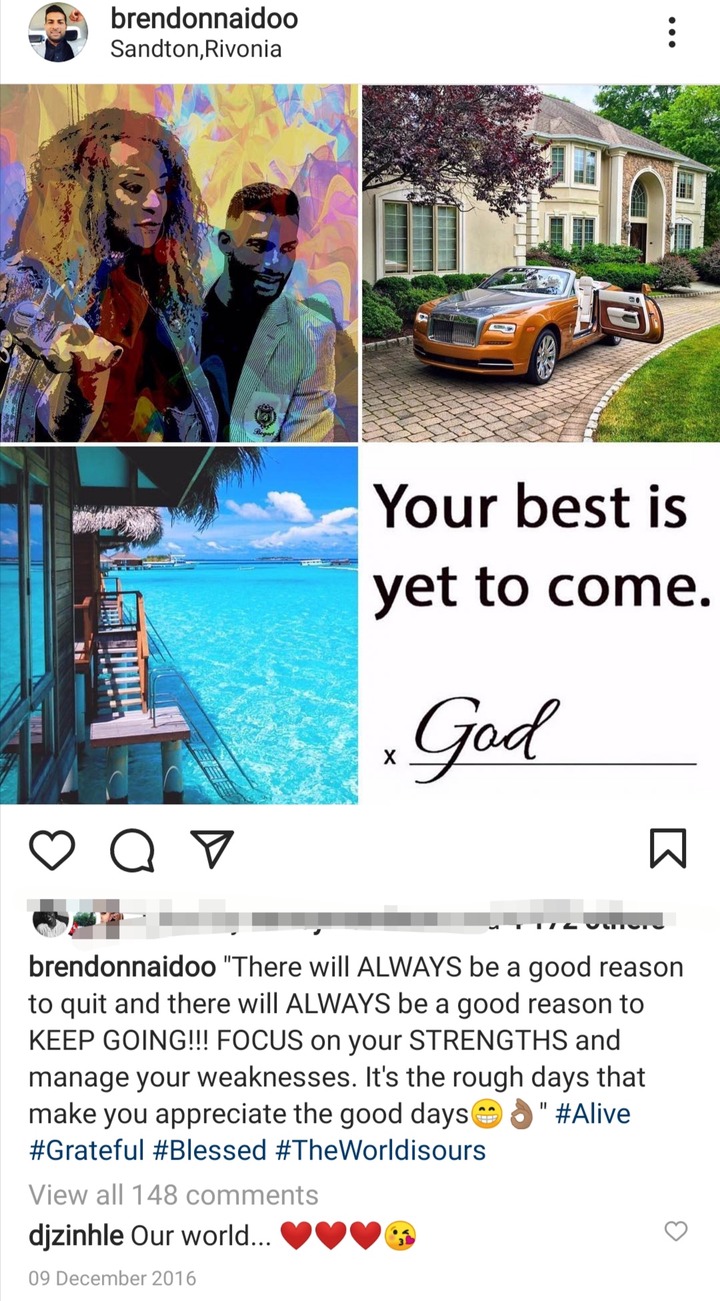 DJ Zinhle later went back to the father of her first child, AKA, after the two broke up in 2018. Their romance didn't endure long, and they both went on after they broke up. DJ Zinhle is expecting a child with MurdahBongz. Brendon also seemed to have found love in another woman's arms. 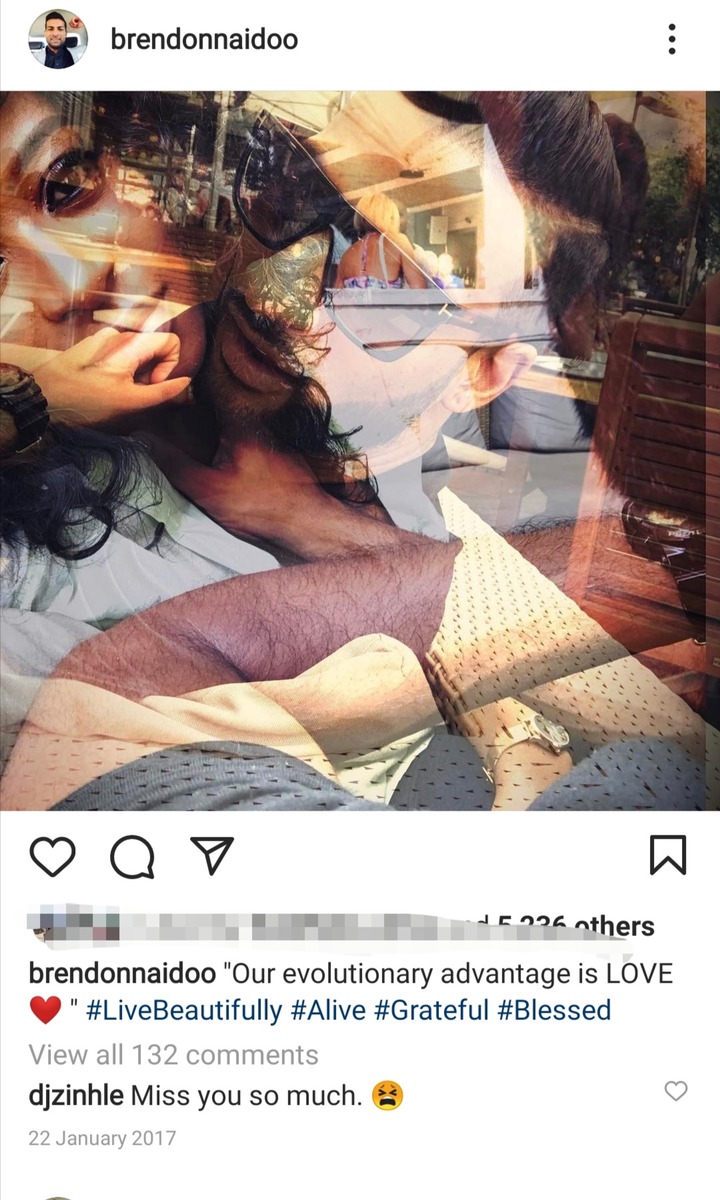 He still has DJ Zinhle's pictures on his Instagram, and has pictures of his current woman too. Could this mean he still wants her back or he just doesn't pay attention?