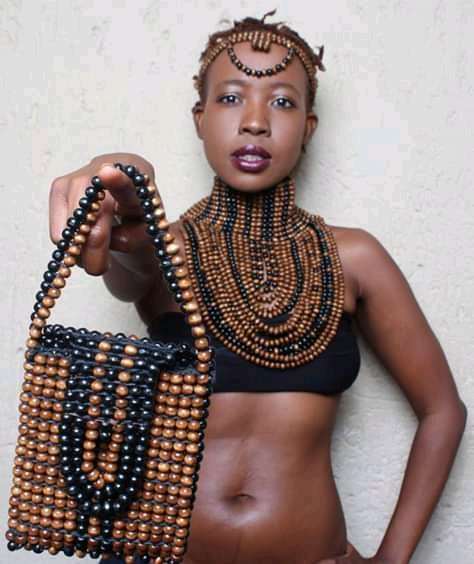 Contravercial poet and singer Ntsiki Mazwai is not the one to shy away from stirring up drama on black twitter. She has always been upfront about how she feels.

Most of the times she is known for dragging a lot of well known figures on social media platforms. She has always been very vocal about being a feminist.

She has also been very vocal about how she feels about certain people, especially Nomzamo Mbatha and Somizi Mhlongo Motaung.

So this all started back in 2018 when Comedy Central hosted The Roast of Somizi. The show was about Somizi getting roasted by other well known figures who where on the panel of judges.

There was Garreth Cliff who was the MC/Host, there was DJ Fresh, there was minister Mbalula, Nomzamo Mbatha and many others on the panel of judges. 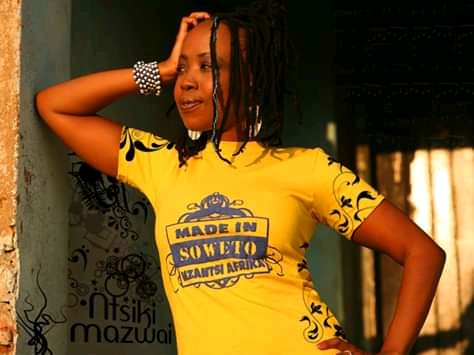 Ntsiki went on stage and instead of roasting just Somizi Mhlongo she also went for Nomzamo Mbatha bringing up her failed engagement.

She said that Nomzamo Mbatha was a sell out and she also said that she doesn't blame her because she has to pay the Mthethwa's back their lobola money that they paid for her.

Needles to say that Nomzamo's come back was brutal, she didn't hold anything back even saying that Ntsiki Mazwai doesn't know how to bath properly.

What was supposed to be the Roast of Somizi ended up being the roast of Ntsiki. In the meantime Somizi was in the backround laughing at what Nomzamo was saying.

Well we though that was over until the lockdown event began and the video made its way to social media platforms again, Ntsiki Mazwai got mad all over again.

She went on a twitter rant saying that the show was a set up by Somizi and Nomzamo. She said that they had planned it out so that they can ruin her brand. 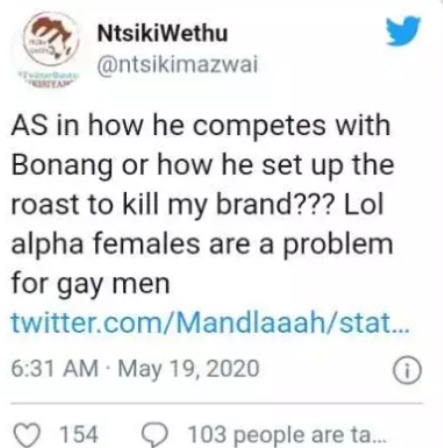 She did not hold anything back when she dragged Somizi on black twitter. She went on to say that he was jealous of her womanhood.

Needles to say that things haven't been the same since the roast, Ntisiki Mazwai is constantly throwing shade at Somizi every chance she gets.

She can't help it and it all started at the roast two years ago! I guess she won't be forgiving him anytime soon. 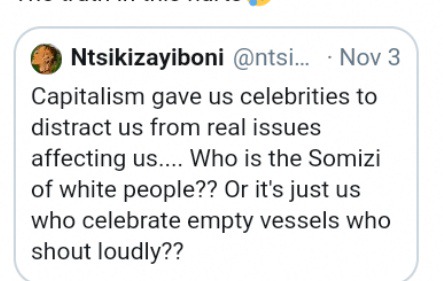 This seems like a one sided fight as Somizi Mhlongo pays no mind to what she says. Its like he is immune to everything she says as he hasn't said anything about her so far.

This need started back in 2018 and it doesn't look like it's going to end anytime soon. She can't let it go.