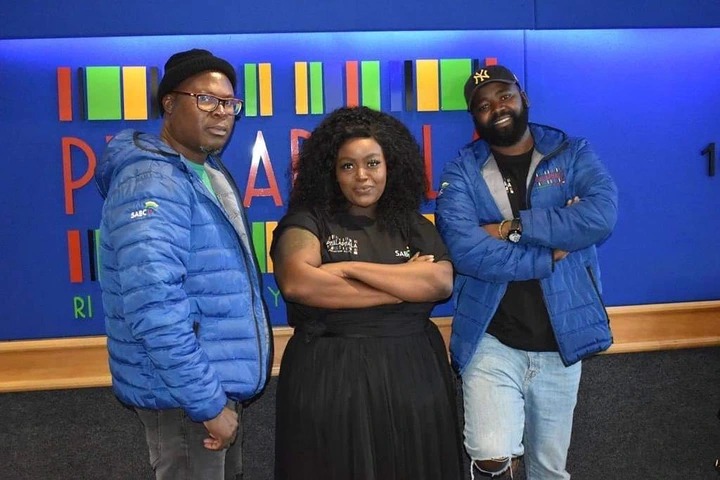 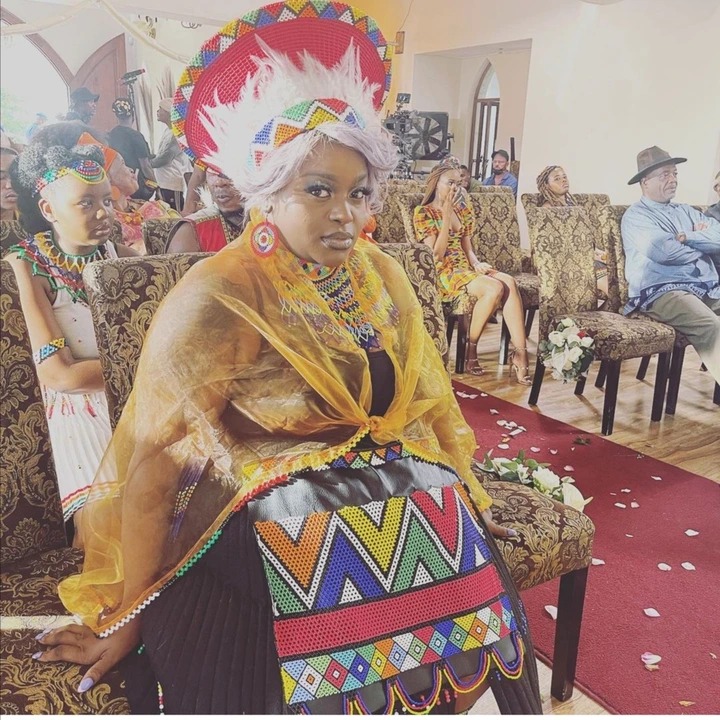 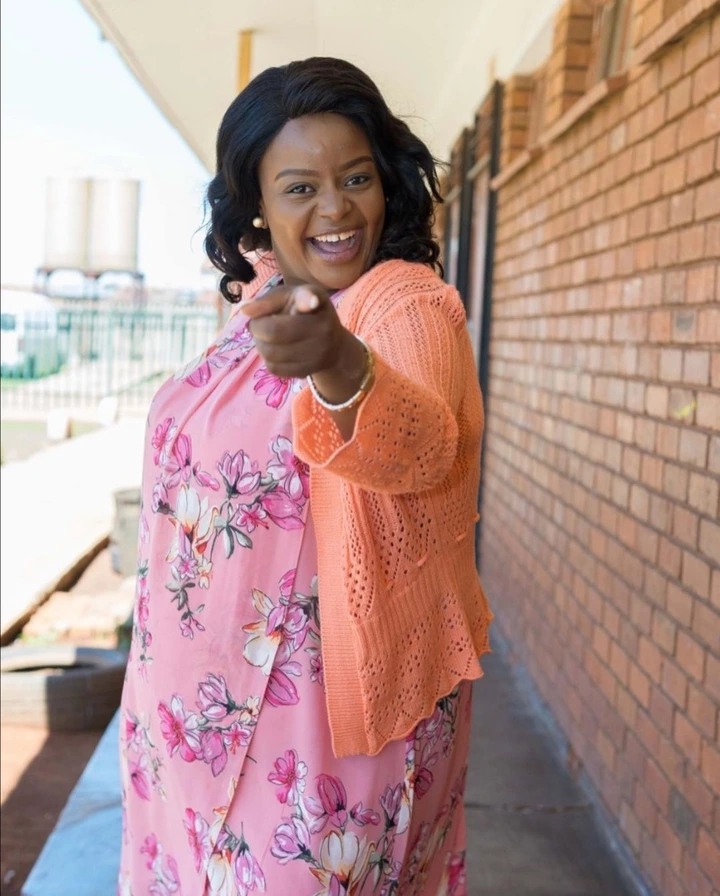 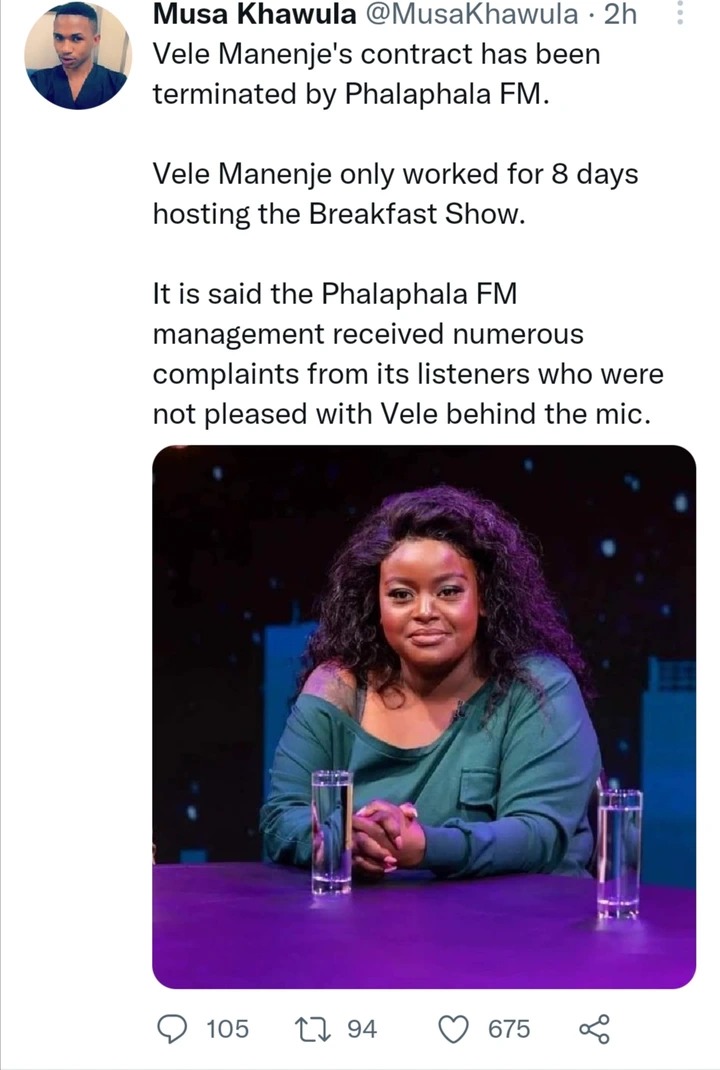 Vele Manenje, an actress from South Africa, was undoubtedly at the pinnacle of her profession in the previous year, 2021, and she had no intention of slowing down any time soon.

The Venda-speaking Vele, who is also multilingual, has been juggling a variety of parts in three distinct television shows, each of which is shown on a different channel, since the previous year. She plays the part of Princess Mohandi, a Xhosa security guard, on the television show "G.I.L." that airs on kykNet. She plays the role of a shebeen queen who is also married to a township gangster on the television show "DiepCity" that airs on Mzansi Magic. She is also recognized for her role as Evelyn, a Pedi woman, in SABC1's "Skeem Saam," in which she plays the part of a school teacher who is passionate about the English language.

She is also a radio presenter at this time, and can be heard on SABC's Phalaphala FM, where she was formerly co-hosting a breakfast show. It has now come to light that she was dismissed from her position at the radio station. Having said that, she has also shared her perspective on what transpired. She claims that she is now working on a number of projects, and she is also a new mother, so it has become difficult for her to juggle everything, and she has made the decision to split ways with the radio station as a result. In addition to that, she clarified that she does not harbor any ill will toward the station. 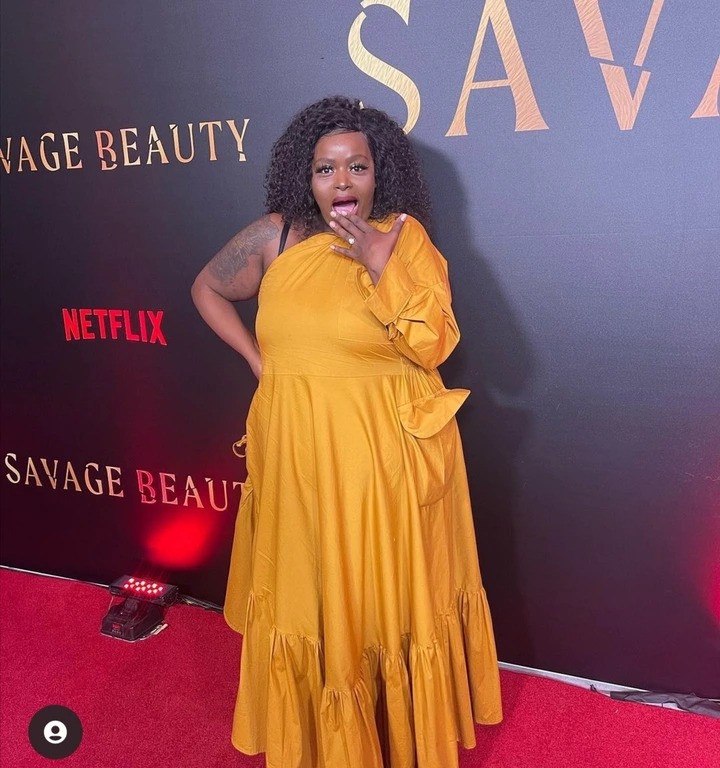 Mpho Wabadimo bids farewell to her fans: this is not a goodbye, see you later

Minnie Dlamini and Nonku Williams were seen chilling together in Durban.