Pearl Modiadia is one of the successful television and radio personalities in South Africa.

According to elegance 7 media publication, it has been published that television presenter Pearl Modiadie has come out guns blazing to hit back at trolls on Twitter who dissed the age gap between her and her baby daddy Nathaniel Oppenheimer. 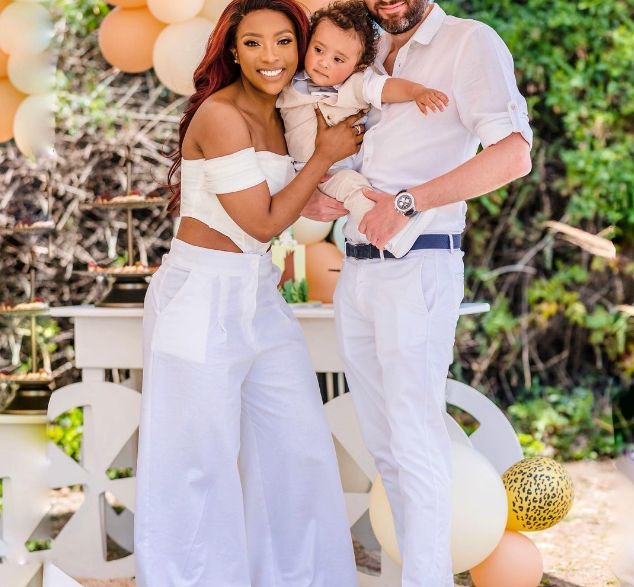 Some of the celebrity couples are often subject to hate when it comes to age gap between them and their partners. And this is one of them between Pearl and her baby daddy, and some usually handle this with care and love. 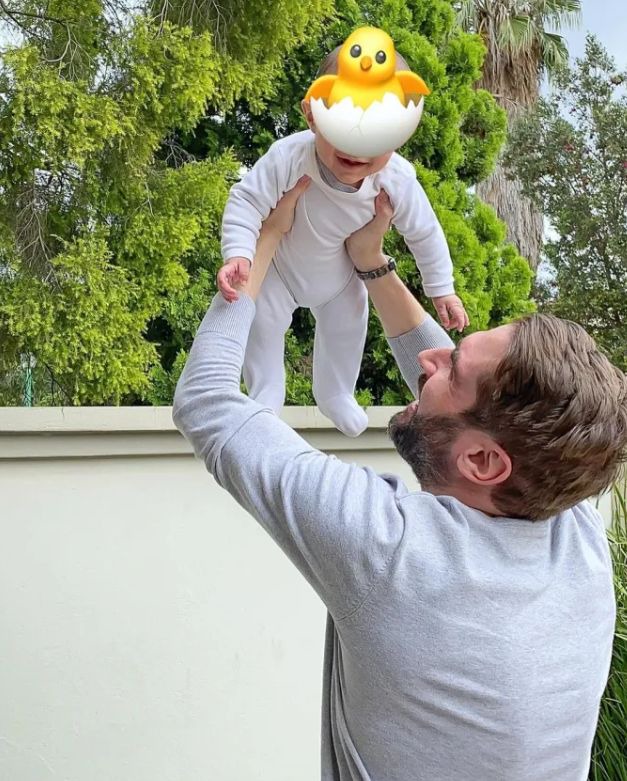 According to Twitter social media platform, a Twitter user asked the TV star, if her baby daddy is very old after she commented on a Metro FM tweet about romance novels between an older man and a woman, adding that age is nothing but a number.

According to the social media platform, here is a screenshot taken from the question that the Twitter user asked the media personality, and her response to the question. 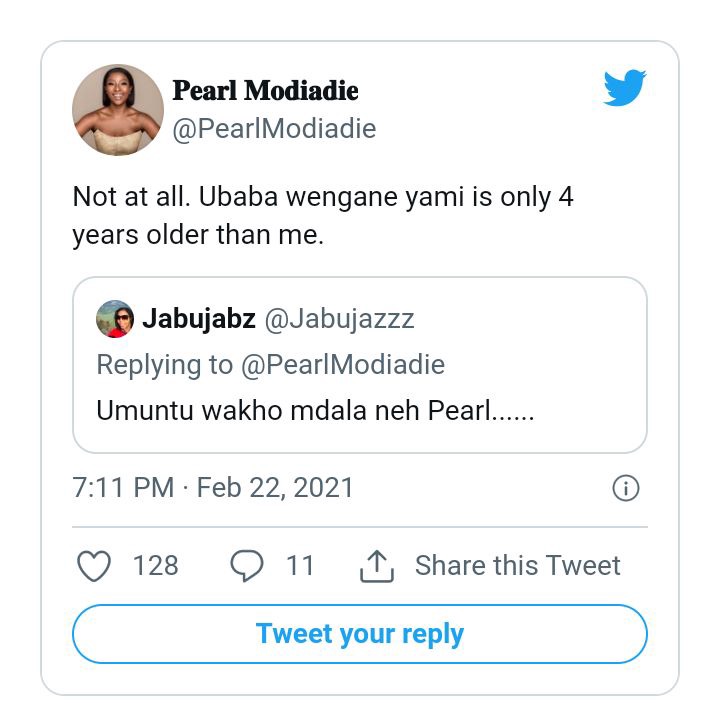 This was her response depression that was to her by the Twitter user, "not at all. The father of my child is only four years older than me." But however their love story was overlooked by Twitter users who were not impressed with their four years age gap.

Another question another Twitter user said, "is that him, he is old". At that point pal snap and she was very quick to clap back saying, "I forgot you guys are weird on this app," she further responded and said for years age gap is nothing.

Pearl Modiadia had to do what she got to do, to come in the defence of her baby daddy from Twitter users who suggested that he was older than her. 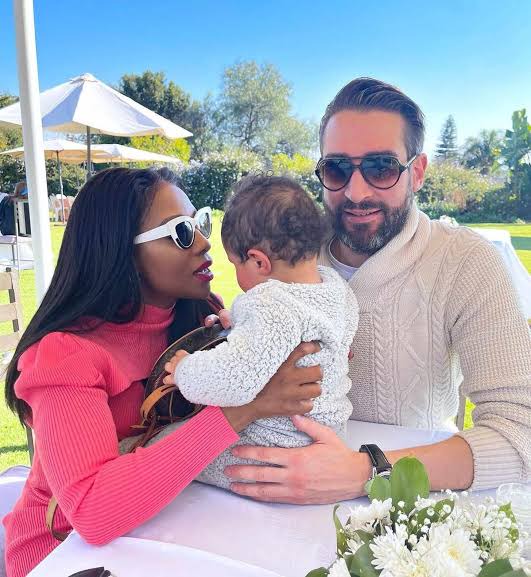 According to the picture that you've just saw, do you think the baby daddy is older than the four years that the media personality is mentioning, kindly share your thoughts and opinions on this matter.