By ThabiEntertainment (self media writer) | 6 months ago

Constance "Connie" Ferguson is a South African actress, film-maker, producer, and businesswoman. She was born on the 10th of June 1970 in Kimberley. Connie is popularly known for her Karabo Moroka main role on South Africa's most popular Soap Opera, Generations. Ferguson was on the cover of Forbes Woman Africa magazine in 2018 also appeared in several advertisements for Ultramel Custard, Vaseline Intensive Care Lotion, Black Like Me, and Ellerines only to mention a few. She was married to Neo Matsunyane before marrying Shona Ferguson. 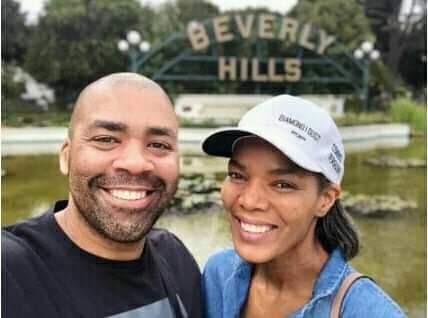 The couple has been married for almost 20 years and their marriage is still going strong and people keep on asking them for advice for marriages. The way they love each other you can think the couple is newlyweds. The couple has blessed with two kids. Aaron Arthur "Shona" Ferguson is a Motswana actor, executive producer, and co-founder of Ferguson Films. He was born on the 30th of April 1972. 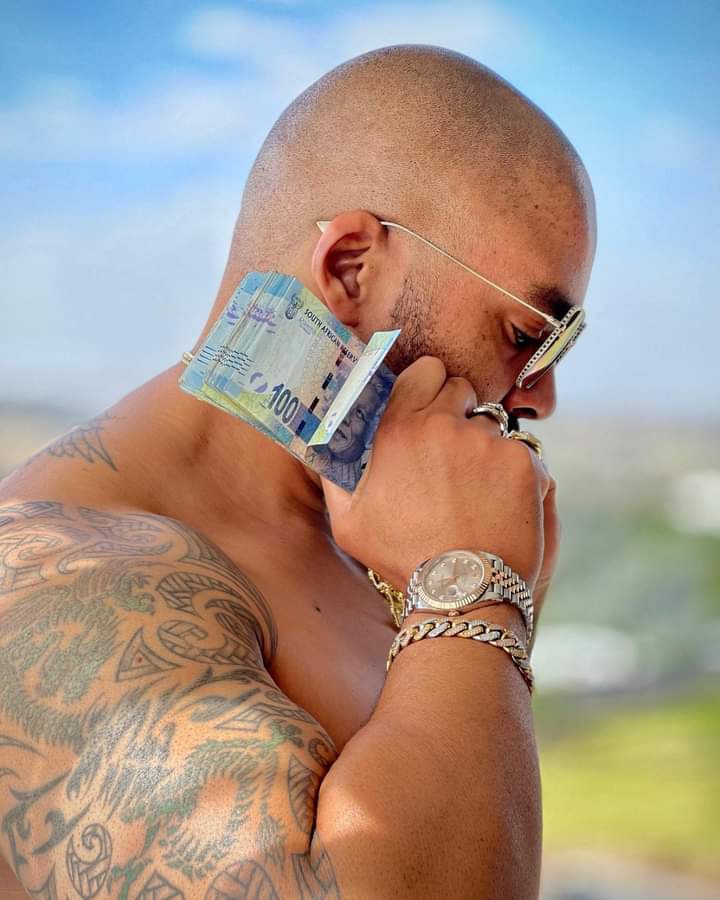 Shona is celebrating his 49th birthday today and her wife Connie sent him a message on Facebook and left many people in stitches. 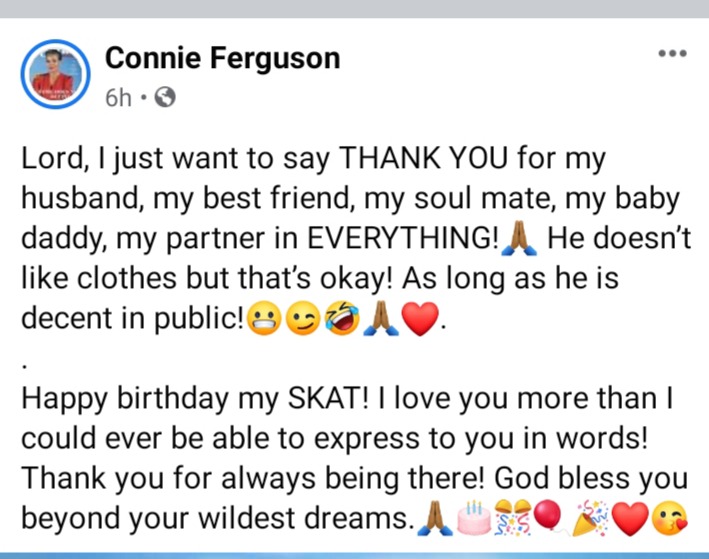 People couldn't stop laughing as for " He doesn't like clothes" 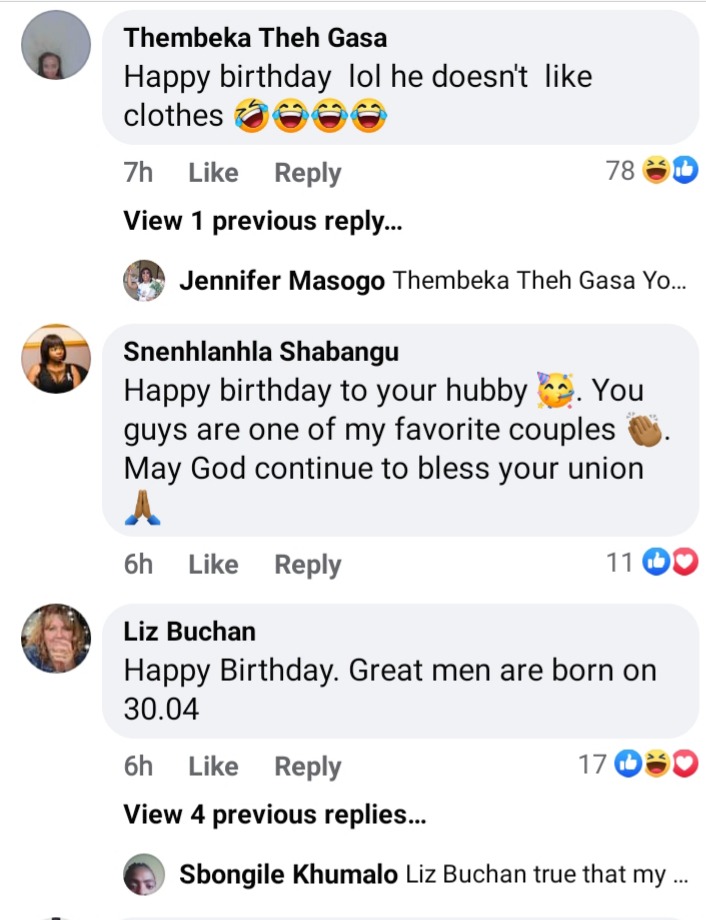 Happy birthday to him.